Just a little over half a year out from releasing his Matador Records debut, Teens of Style, Will Toledo is set to return as Car Seat Headrest with his follow-up, Teens of Denial. The LP is due out May 20th, once again from Matador, and finds the 23-year-old musician showing off his already maturing songwriting. He’s demonstrated it on the chilled-out, paradoxical lead single “Drunk Drivers/Killer Whales”, and it’s once again evident on new track “Fill in the Blank”.

Guitars dance around the track like a fighter in the ring, stepping with surprising lightness around the crunchy rhythms. Toledo seems to be toying with the listener as much as himself here, as with one chorus he questions the Millennial sense that things are supposed to work out (“You have no right to be depressed/ you haven’t tried hard enough to like it”), while on later iterations sinks into his own self-doubt (“I have seen too much of this world, yes/ And it hurts, it hurts, it hurts, it hurts”). Yet for all that twisting internal struggle, “Fill in the Blank” remains both gutsily honest and damned catchy.

Take a listen below via the (almost) lyrics video. (Also, can someone confirm or deny whether that’s Aubrey Plaza on the opening??) Find the complete lyrics on the single artwork under the video.

“Fill in the Blank” Single Artwork: 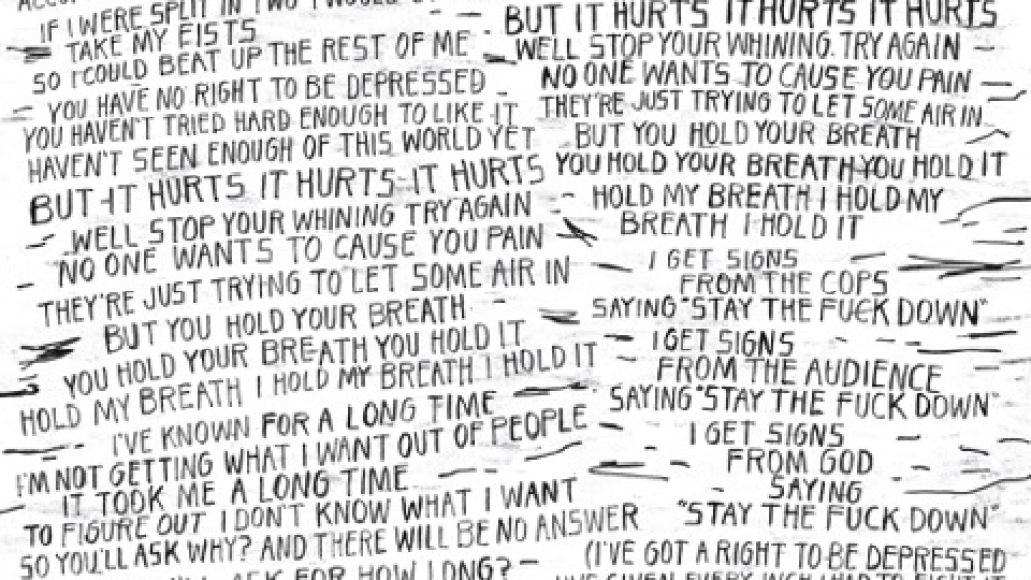