Following in the footsteps of Melvins, The Shins, Parquet Courts, and The Kills, Death from Above 1979 holed themselves up at Jack White’s Third Man Records last summer to record a live album. The 11-track effort, which was recorded directly to acetate and features songs like “Going Steady”, “White is Red”, and “Government Trash”, is expected to finally hit shelves this Friday, April 22nd.

In a press release, the band reflect on the recording process in Nashville. They call White “the patron saint of vibes” and even recall a 3 a.m. bowling trip with none other than Mick Jagger:

“We’ve always been wary of live recording experiences because they can end up so sterile and flat sounding and they hardly ever translate the feeling of the actual show. The feeling of the moment. When we were asked to record Live At Third Man Records we agreed without hesitation. If there is one person who knows about feeling the moment, it’s Jack White. He’s the patron saint of vibes. We cut two twenty minute long sets straight to acetate. No second chances. Terrifying but alive. Third Man were such phenomenal hosts and the audience went bananas with us. It was such an honour to be a part of. The whole thing was such a rush, it almost feels like a dream.

Oh yeah, Mick Jagger was there. Did we mention that we went out to dinner with Jack and Mick after and then went bowling until 3am? It’s also worth noting that Jack got the highest score followed by Sebastien. Mick and Jesse tied.”

Ahead of the album’s release, DFA1979 have shared a thrashing live version of Physical World cut “Right on Frankenstein”. Stream it below. 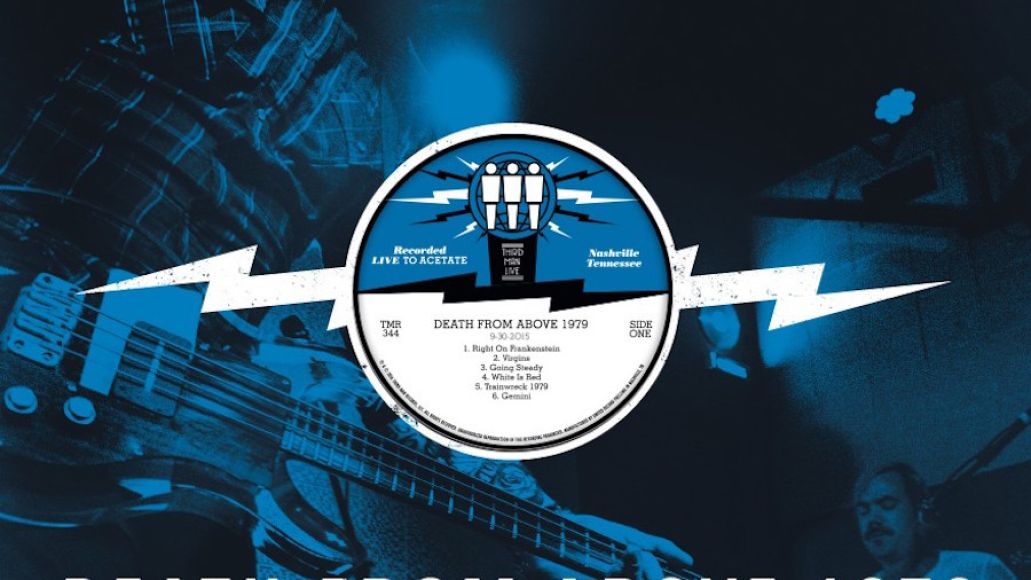