It’s always interesting to see what songs at a concert get everyone to stand up in a seated venue. It’s even more interesting when it’s at an arena due to the sheer number of people. At Friday’s Duran Duran/Chic with Nile Rodgers show at the Verizon Center in Washington, D.C., very few seats were used given the incredible number of danceable songs in each band’s setlist.

Chic proved to be the greatest warm-up band in history, turning the Verizon Center into Studio 54 for 45 minutes. Fronted by Nile Rodgers, who has long collaborated with Duran Duran and written songs for everyone from Diana Ross to Daft Punk, the band kicked things off with their own hits, like the disco staples “Everybody Dance” and “I Want Your Love”, then ran through a bunch of the classic songs Rodgers wrote for other people. “We add a little extra soul, a little extra vibe, when we cover the songs we wrote for other people,” said Rodgers, before doing just that to Daft Punk’s “Get Lucky”. Other covers played that Rodgers either wrote, produced, or put his unmistakable guitar sound on included “I’m Coming Out” by Ross, “We Are Family” by Sister Sledge, and “Let’s Dance” by David Bowie. Of the latter he said, “This man changed the whole course of my life. If it wasn’t for David, I don’t know where my life would be right now. So we dedicate this to him.” 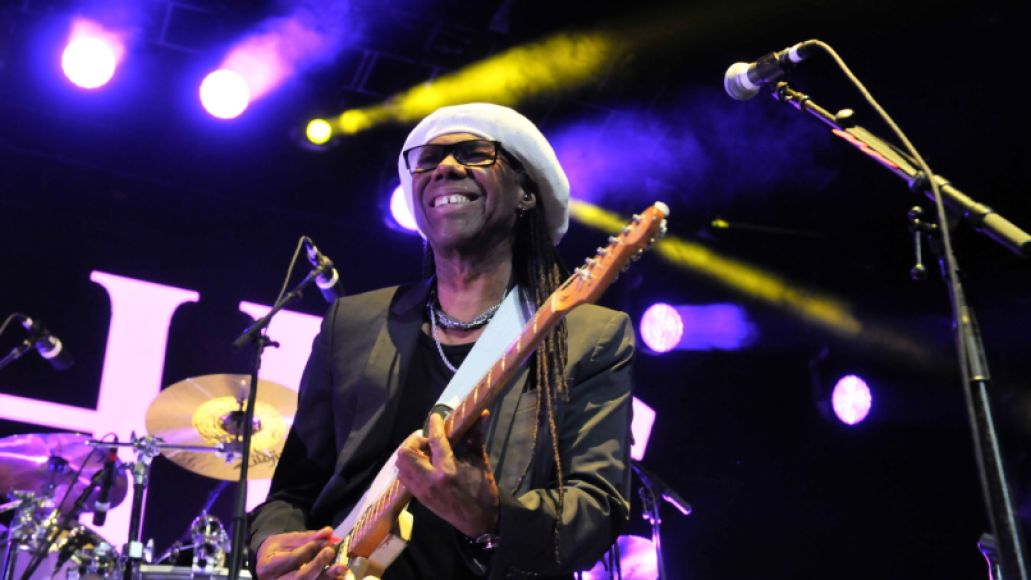 The D.C. crowd also got a special appearance by ex-Chic lead singer and D.C. native Sylver Logan Sharp. Her dancing and singing along in the front row during their set made Rodgers’ already bright smile even brighter throughout the set.

Headliner Duran Duran picked up where Chic left off, and the female-voiced roar that went up as they hit the stage was deafening. The 19-song set (including a two-song encore) only included five tracks from Paper Gods, their latest release and first in five years, filling the rest of the list with a majority of their hits from over the years, like “Hungry Like the Wolf”, “Girls on Film”, and “The Wild Boys”. (Interestingly enough, the band’s first number one hit, “The Reflex”, was not included.) What was included was their cover of “White Lines” by Grandmaster Flash and Melle Mel, prompting an entire arena floor of people to throw hands in the air during the line “Get higher baby,” which was a very cool sight.

The band sounded as tight as usual, though lead singer Simon LeBon’s hearty voice was a little raspy in spots, thanks to a cold. Citing their 35-year friendship, the Durans brought out Nile Rodgers to play on “Notorious” and “Pressure Off”, whose recorded versions Rodgers also played on and produced. And, like Rodgers, they also gave a musical shout-out to David Bowie’s influence by adding a snippet of “Space Oddity” into “Planet Earth”. 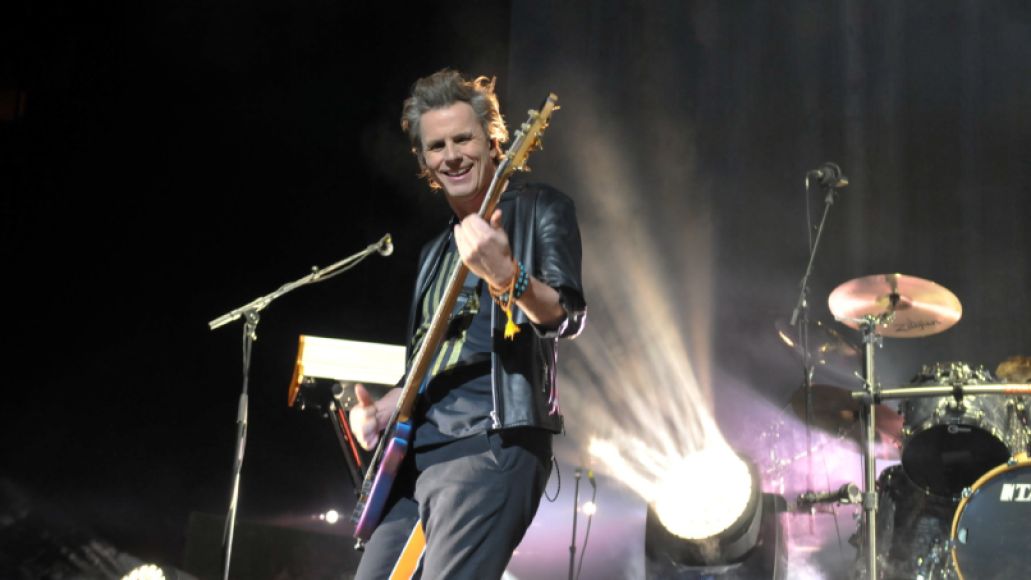 The night was wrapped up with everyone’s favorite two Duran Duran songs, “Save a Prayer” and “Rio”, as encores. Prior to “Save a Prayer”, LeBon mentioned the recent massacre at the Bataclan in Paris and said, “Music should bring people together. We feel people are good, and music brings people together. So we play this as a protest against those people who want to dim the light.” The lights from a plethora of cell phones, the modern-day version of the Bic lighter, shone brightly throughout the arena.

Duran Duran have a few decades on them now and have varied their signature synthpop sound over the years. But great songs, much like bassist John Taylor, never seem to age, and the treasure trove of them played Friday proved just how solid they were.

Setlist:
Paper Gods
The Wild Boys
Hungry Like the Wolf
A View to a Kill
Come Undone
Last Night in the City
What Are the Chances?
Notorious
Pressure Off
Planet Earth
Ordinary World
I Don’t Want Your Love
White Lines (Don’t Do It) (Grandmaster Flash & Melle Mel cover)
(Reach Up for the) Sunrise / New Moon on Monday
Danceophobia
Too Much Information
Girls on Film
Encore:
Save a Prayer
Rio 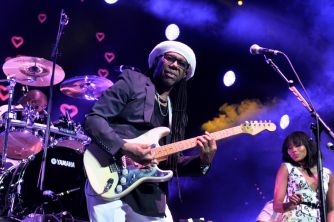 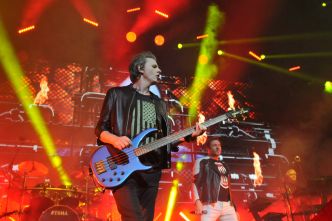 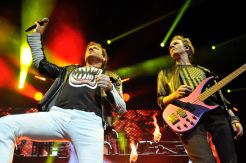 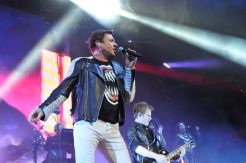 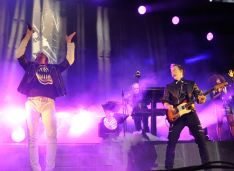 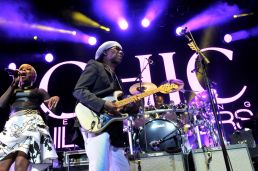 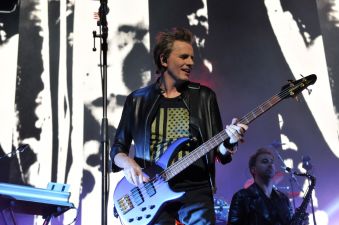 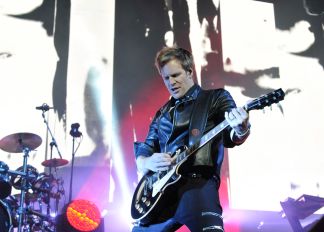 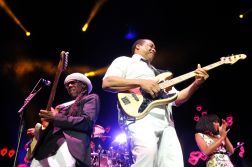 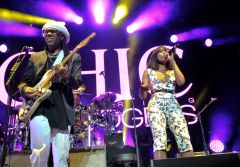 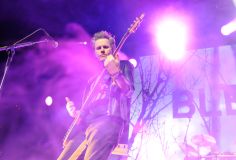 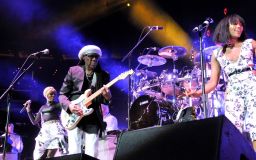 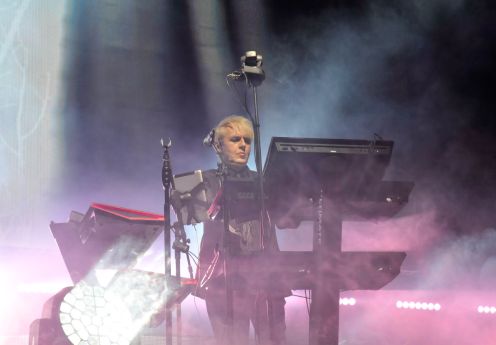