And how! For nearly two and a half hours, The Smashing Pumpkins coaxed a wine-soaked audience at Chicago’s Civic Opera House into believing the past was within arm’s length. They played a healthy dose of their breakthrough album, Siamese Dream. They covered David Bowie (“Space Oddity”) and The Rolling Stones (“Angie”). Oh, and they also brought out James Iha.

No, the LA reunion a few weeks back wasn’t an Easter fluke. The former rhythm guitarist arrived, in the flesh, surprising the Midwestern crowd that had been waiting for him to return for nearly a decade. Okay, over a decade. How about 16 years? That’s the last time the two were seen side by side around these parts. Mind you, that’s longer than they initially played together. 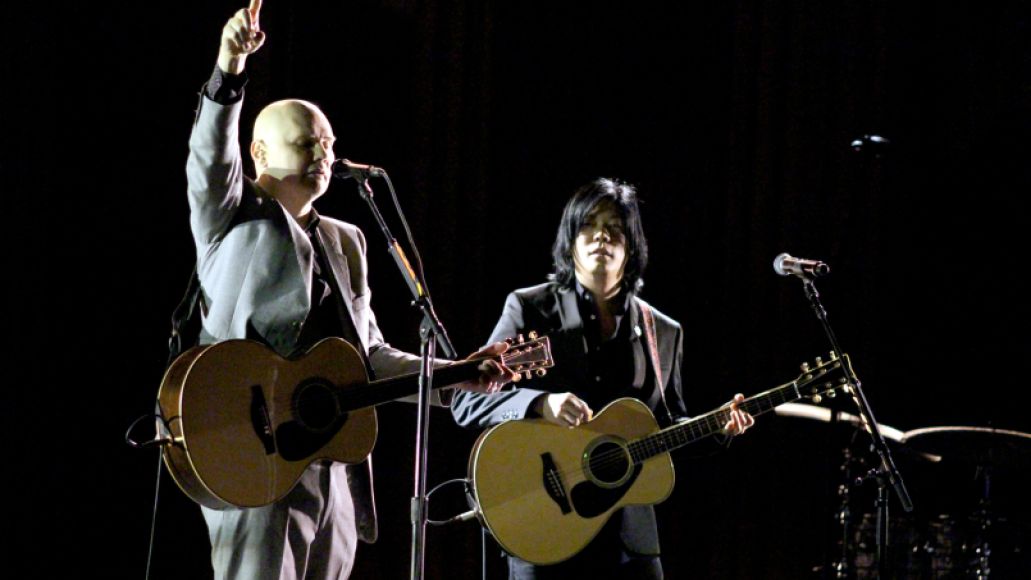 “I shall be free,” Corgan wailed on “Rocket” with Iha and has rarely ever sounded so earnest. Last summer, he played rock star alongside Marilyn Manson, ejecting hit after hit amid the pair’s The End Times tour. It was fun. It was loud. It was what you expect from a hard rock bill. This, however, the In Plainsong tour, pairs better with Corgan’s more theatrical sensibilities.

Similar to the Pumpkins’ polarizing 20th anniversary tour circa 2008, this current run finds Corgan weaving through his spiraling discography both acoustically and electrically. Hell, the first seven songs featured only Corgan and guitarist Jeff Schroeder — Liz Phair came in for the assist on “Thirty-Three” — and that unpredictable minimalism was often stunning.

Take, for example, how Corgan and Iha turned “Disarm” into even more of a funeral dirge. The singer straddled the organ while the silent guitarist lassoed him nearby, the two grieving in unison. It sounded like something Arcade Fire might have penned back in their Neon Bible days — you know, around the same time the Pumpkins dropped Zeitgeist? Mind blowing. 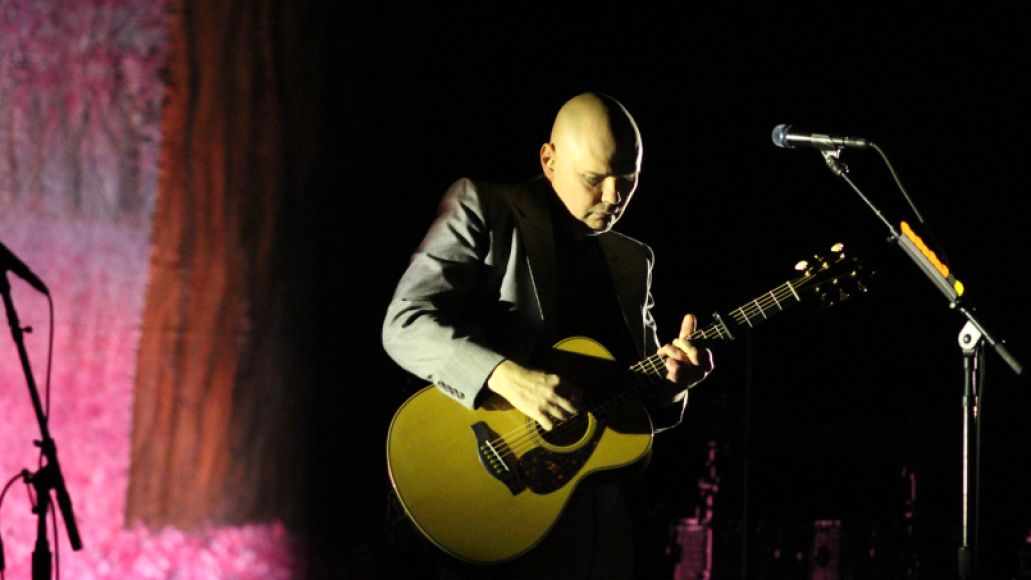 Even more tantalizing is how laid-back Corgan appears to be right now. He’s playing Zwan! That’s an obvious sign. The other? He’s just in good spirits. When the very drunken crowd screamed random horseshit, he didn’t flair up or berate them or even scold anyone. He shrugged, smiled, and offered, “Thanks for giving me your permission to sing.”

Some might say he’s Murtaugh’d at this point in his career; in other words, he’s getting too old for this shit. Maybe. Maybe not. If we’re judging solely on output, one would have to argue otherwise. Both 2012’s Oceania and 2014’s Monuments to an Elegy were not only proper returns to form, but half-opened windows with a breeze that hinted at a cooler future.

Two years later, the Pumpkins look mentally healthy and sound exceptional. Drummer Jimmy Chamberlin doesn’t seem like a guest appearance to sell tickets anymore. While guitarist, vocalist, and bassist Katie Cole has a folksy pair of pipes that adds a curious country wash to the band’s traditional alternative fare (see: her duet with Corgan on “Stand Inside Your Love”). 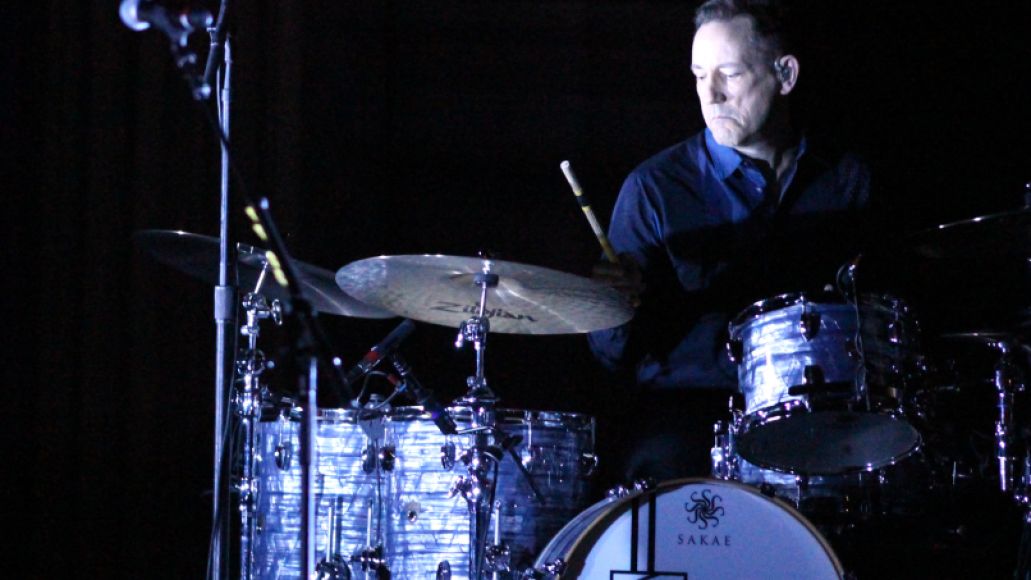 It’s hard to tell where Corgan heads next. Does he keep calling Iha? Doubtful, even if the three-guitar attack is totally viable. (How many six-strings reverberate across Siamese Dream?) Will Cole stick around? The band could use the stability, at least in that area. And is there any room for a special assist by D’arcy Elizabeth Wretzky in the near future? Don’t count on it.

What makes the In Plainsong tour so inviting is that the future isn’t important, at least not right now. Corgan’s having too much fun shaking up the past. At one point during the set, you could almost see the guy channeling his inner Moz, complete with a gray suit and a handful of solo ballads (he played those, too). It’s a good look on him and not too much of a stretch, either.

After all, Corgan is the boy with the thorn in his side. 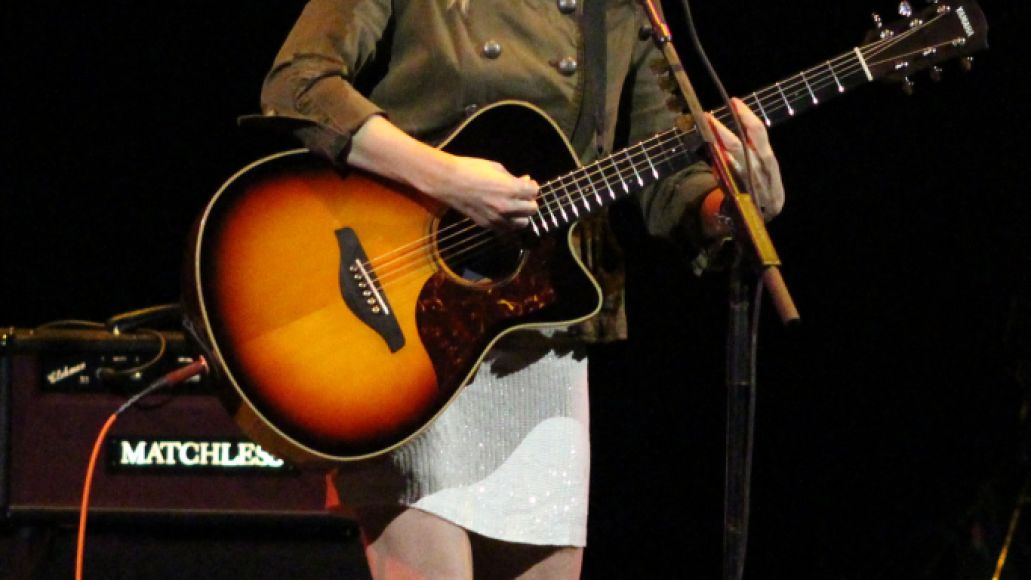 On a side note … Liz Phair delivered a charming solo performance. Humbled to be playing the Civic Opera House, where her parents (also in attendance) took her as a child, she struggled to hide her smile, even as she revisited her tragic, timeless poetry — from “Johnny Feelgood” all the way to the “Divorce Song”.

It’s not easy playing to a theater as grand and opulent as the Civic, and its abyssal qualities weren’t lost on her. “There’s this urge that I have in these cavernous voids to do a bird call,” she admitted prior to “Extraordinary”, and so she tried. Charming and effective, Phair kicked off the night’s homecoming with aplomb.