Piebald broke up with a grand finale in 2008, playing a hometown show at Boston’s The Middle East. Since then, the band has only reunited once — at Bamboozle in 2010 — but its legacy has grow exponentially. As the New England-bred answer to the Midwest’s Get Up Kids and New Jersey’s Saves The Day, Piebald has quietly become the type of band that routinely appeared on mixtapes and playlists but is nowhere to be found in some digital stores. The streaming revolution happened long after these guys parted ways; until today, their website still offered AIM buddy icons.

But things are different now, and the legendary Boston punk group is primed for a revival. Today, Piebald officially announced the “You’re Part Of It” tour, which includes dates on the East and West coasts. Word of the band’s reunion initially broke when they were announced as one of a few surprises in The Wrecking Ball ATL music festival’s all-punk lineup, which also features the reunited Thursday. Check out the tour poster and dates below, and scroll down to read an exclusive interview with Piebald drummer Luke Garro.

“You’re Part Of It” Tour Poster: 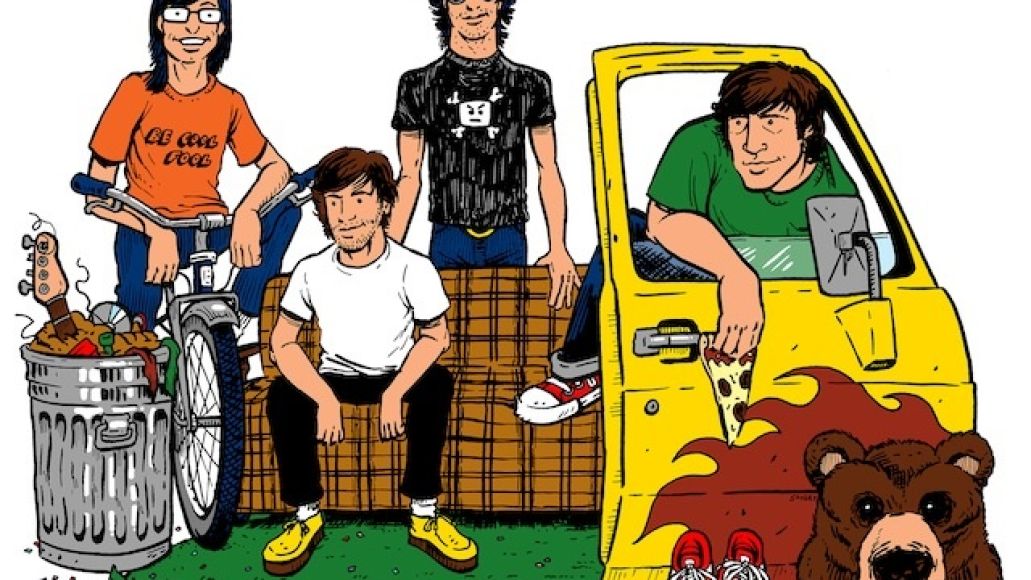 We spoke with drummer Luke Garro to find out what the story was behind the reunion and what else the band has planned.

How did the reunion come about? When did the idea of getting back first take form?

We’ve been itching to do this for a few years now, but were hesitant to do it without a real “reason.” We first got asked to play Wrecking Ball down in ATL, and when we saw that a bunch of old friends — Thursday, Hey Mercedes, The Promise Ring, et cetera — were going to be on the lineup, we couldn’t resist a party like that.

That, and we just recently re-released all of our past material on iTunes, so 2016 just felt like a good year to get back with the fans.

What’s the deal with that? A few albums went online for the first time today. Where are the rest? Did you re-acquire the rights to everything?

We recently re-released all the old material we could find with the exception of the last two records we did. Believe me … we searched high and low for anything we could find, which does include one track that was a B-side from the same session as the final record we did, Accidental Gentleman.

Did you stay in touch with everybody after the breakup?

Hecks yea! Andrew [Bonner, bassist] and I hold down Massachusetts, while Travis [Shettel, guitarist/vocalist] and Aaron [Stuart, guitarist/vocalist] rep Los Angeles. I get out to the West Coast at least once a year to hang with those bros. The time we spent on the road and some of the things we’ve done together — not going to fully give details — created bonds for life.

Is that why the tour is split into two legs? Are there going to be more tour dates after this September?

It’s mostly a logistical thing. We do all have jobs that need to be planned around, but we swear, our jobs are all pretty darn cool. We’re nobody’s robots, nobody’s monkeys! Given the windows of time we have, hitting the East and West coasts were the primary choices. It was tough. We did talk about a number of other markets that we feel a strong connection with — Chicago, Detroit, Cleveland, Orlando, Portland, Austin, St. George, to name a few. The list goes on and on.

Are you gonna take a Piebald-influenced younger band out with you?

Good question. We haven’t gotten there yet. Got any suggestions?

Do you know what the setlist will be like? Will it include stuff from the two records Alex Garcia-Rivera played on?

Al-core was the key “skin-slayer” on The Rock Revolution Will Not Be Televised and a lifelong broseph of all of ours. Congrats to the kid on its way, Al! We’re definitely going to play at least one tune off that record. Fans can definitely expect the hits. We’re building the set list around the songs we love that we know people have always enjoyed live.

What are you and the rest of the guys up to in the post-Piebald world? What’s a day in the life of Luke Garro now?

Travis still plays regularly with TS and the Past Haunts. When he’s not feeling out the frets of his guitar, he tends bar in LA. I think Aaron is in a biker mob or something. Just kidding, he’s putting his hands to work leading some very cool jobs in LA building movie sets for the stars. Andrew is a stellar chef in Boston, which has always been a passion of his.

For me … work-wise, I run a content studio in Springfield for the world-class marketing innovation company, GYK Antler. We just make cool stuff all day long for lots of fun brands. On the weekends I’m what my wife refers to as a “Gentleman Farmer.” We live on an old farm in western Massachusetts and I enjoy growing organic vegetables and chasing around chicks (aka chickens that escape from the coop). That and just spending time with my daughter, who is basically my boss. To be clear: She’s really good at it and has really good ideas for what I should do. We’ve been working on a magic routine to impress her friends.

Are you still connected to the Boston scene at all?

Yes? [Laughing] I think so. I keep in contact with a ton of old friends that were part of the “scene”; in fact, I still work with some of my closest friends that I was in hardcore bands with back in the day. I don’t make it out to shows as often, but that’s mostly because I live near Springfield. As they say: “You can take the boy out of the scene, but you can’t take the scene out of the boy.” Actually … does anybody really ever say that? Probably not.

Do you feel Piebald has a stronger legacy after years apart then you did when you first ended?

I’ve had a lot of people come up to me or find me on the interweb and tell me they wish they could’ve seen us. Seems to be a new generation that has somehow found out about us and digs what we did. A lot of the friends we made on the road still keep in touch as well and are as enthusiastic as ever about these shows. I guess we’ll really find out in August!

Piebald discuss newly announced "You're Part Of It" reunion tour