Like many middle-schoolers in 1996, my first exposure to Rage Against the Machine was the music video for “Bulls on Parade”, the lead single from their second album, Evil Empire. And being only 12, I had no idea the now-defunct band was political. Hell, I didn’t even know what being a political band meant.

At first, that all sounds woefully ignorant, even for a suburban white kid in the ’90s. Like all of Rage’s singles, “Bulls on Parade” is volcanic in its anger, with an equally fiery video to match. How could I not realize that the band was getting at some kind of rebellious message with their imagery? The footage of riots, propaganda graffiti, and people struggling up a mountain slope with red flags isn’t exactly subtle.

But I didn’t notice any of that. Instead, I was mesmerized by the grainy black-and-white shots of the band themselves, their forms thrashing and thundering above an Australian audience so energized that they’re constantly threatening to topple the guard rail in the front row. Who was the frontman with the sunburst shock of hair, and how could he shift dynamics so quickly? How was it that, at one moment, he prowled the stage like a panther walking back and forth behind zoo bars, and at the next, he leapt in the air with rabid fury, inciting the crowd to do the same with the line “Come with it now!” And how the hell did the dude in the hat get his guitar to sound like a turntable?

The draw of Rage’s stage presence — not their politics, which I wasn’t even aware of at that point — was enough to get me hooked. I received a copy of Evil Empire that July for my birthday (probably from an uncle), never stopping to think what the Norman Rockwell-looking boy on the front cover meant. He was a kid and I was a kid. And he had a cape! He must have been some kind of superhero.

As I made my way through the other songs on the album, certain phrases started to pop out at me: “Turn on the radio/ Nah, fuck it/ Turn it off”; “I wanna be Jackie Onassis/ I wanna wear a pair of dark sunglasses”; “Oh greed, oh yes/ Oh greed, oh yes!” But these lyrics were more like slogans, familiar to me in their power yet mysterious in their meaning. I still thought “Down Rodeo” was pronounced in the cattle-herding sense and assumed the “pocket full of shells” in “Bulls on Parade” was a harmless callback to the track before it, “People of the Sun”. Both songs simply meant that these people lived at the beach. Right?

All of that changed after I talked to a high-schooler I knew named Ryan. A devoted Rage fan, he often wore a band shirt that featured what looked like a drawing of one of the diamond thieves from Reservoir Dogs. Next to it read the text “WE HAVE DETERMINED THAT YOUR WHOLE SYSTEM SUCKS.” One day, I gathered up the courage to ask him what it meant and how it related to their music. Rage Against the Machine, he explained to me, was a political band, and the “machine” in their name was the government. And any Rage fan knows that the government sucks. 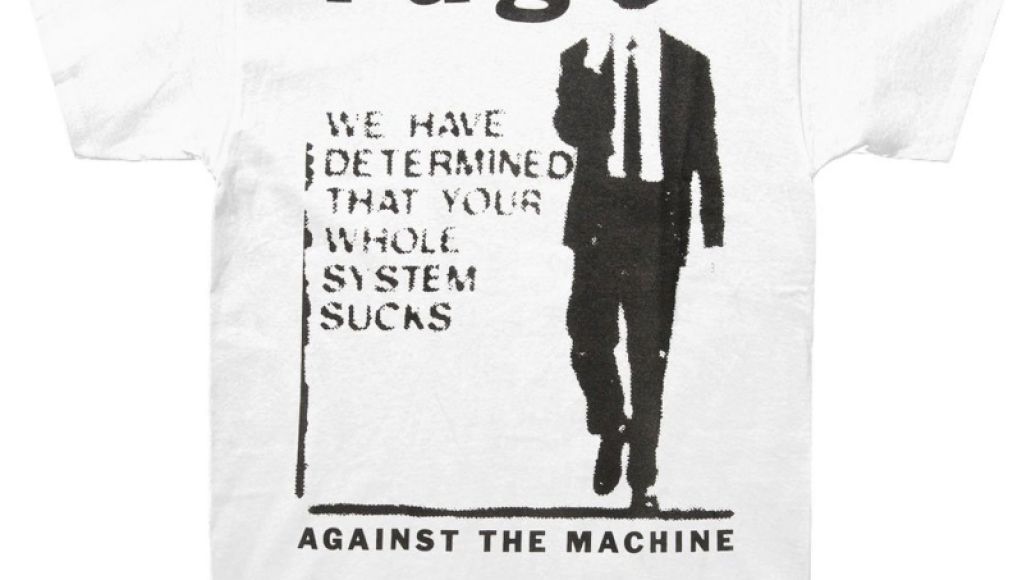 Huh. That changed everything. Upon re-listening to Evil Empire over and over for the next year or so, I realized that the shells in “Bulls on Parade” were from a shotgun, not a hermit crab, that the “People of the Sun” were not beachgoers, but displaced Mexicans revolting against centuries of systematic abuse. Although I was still too young and naive to understand what terms like “Zapatista” and “Zoot Suit Riot” were all about, I at least knew that Rage meant business, and that I, being a fan of their music, should also distrust the government.

Of course, I went about it as most white suburban middle-schoolers do: by using the songs as concrete evidence for my new, vague point of view. If someone asked me why I thought the government sucked and just what the hell Rage Against the Machine was railing on and on about, I could merely point them to Brad Wilk’s urgent stop-start drum fills on “Vietnow” or Tom Morello’s tremor of a guitar line on “Without a Face”. I wasn’t well-researched or mature enough to explain that the former song specifically criticizes right-wing talk radio or that the latter chronicles an immigrant trying to get money for his family back in Mexico. All I knew was the songs proved that the government truly was an evil empire.

As I’ve gotten older and actually developed my own political stances instead of poorly parroting a rock band’s, my fandom of Rage Against the Machine has become more nuanced. I share many of their big-picture views on corruption, wage slavery, and immigration, but I would never consider myself an anarchist or even part of any kind of revolutionary message they were once trying to deliver. And if you dig deeper into their words, you’re bound to find that at least some of their beliefs may be in contrast with your own. For instance, their lyrical support of the Shining Path insurgency — who get name-checked in “Without a Face” and on several tracks from Rage’s self-titled debut — has been a frequent point of controversy between the band and several music critics. Although Shining Path have declared themselves Peruvian revolutionaries, they’re globally recognized as being a terrorist organization.

But Rage’s supposed endorsement of Shining Path is more complex than Evil Empire or any of their other albums would have you believe. Morello has sparred rather civilly over the matter with Sound Opinions’ Greg Kot and Jim DeRogatis over the years, good-natured and always open to a friendly debate. And singer Zack de la Rocha has stated several times that he doesn’t personally support Shining Path’s practices, but believes in some of the things they claim to be fighting for. The bottom line is that the two most prominent members of Rage come off as well-read and eloquent in conversation, a far cry from their head-rattling music and its visceral appeal to young people. 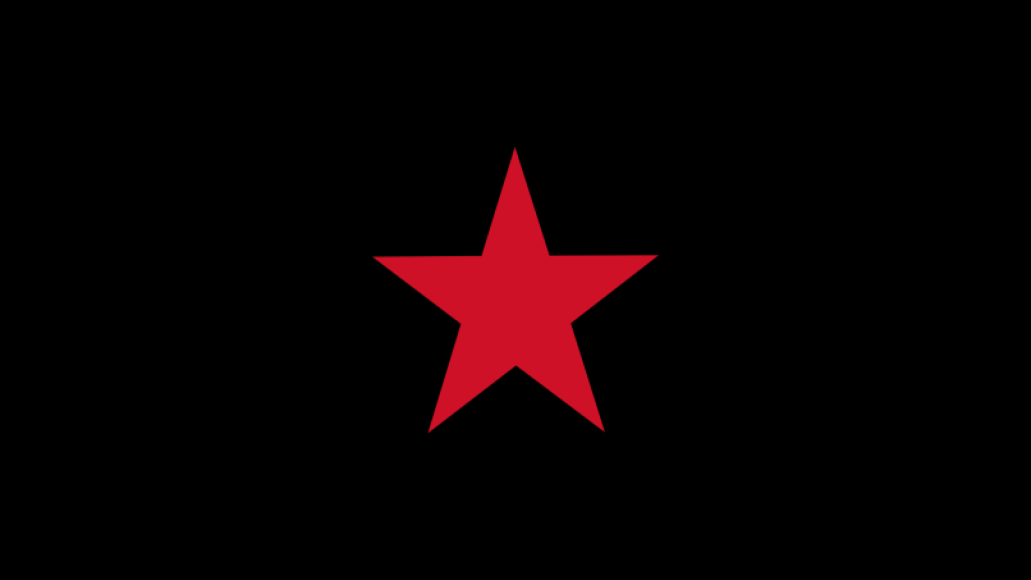 And yet it’s important to not dismiss the political ignorance of my 12-year-old self and many other adolescent Rage fans out there. No, we didn’t completely understand what we were listening to back in 1996. We probably didn’t even understand it in 2002. But does that make our love for the music any less valid? Absolutely not. Rather than appeal to the youth with melodramatic self-pity or run-of-the-mill stupidity — as so many other rock groups were doing that year — the band managed to direct their anger at something that required actual thought. Granted, many of their fans were just learning how to think critically at that point, but it often takes something aesthetic — a rapper’s electrified cadence, a spidery guitar line, a misinterpreted album cover — to get you through the door. Sometimes being a blind fan teaches you how to be a true fan. Sometimes you have to latch on to someone else’s ideas so you can eventually develop your own.