Ryan Adams has announced a deluxe reissue of his seminal debut solo album, Heartbreaker. Due out May 6th through Adams’ own Paxam Records, the reissue will be available as either a four-LP/DVD box set or a two-CD/DVD package, each featuring the original fifteen tracks remastered alongside 20 bonus outtakes and demos.

Amongst the previously unreleased material are outtakes of classics like “To Be Young (Is To be Sad, Is To Be High)” and “Oh My Sweet Carolina”, as well as an early version of “When The Rope Gets Tight” and the French bonus track “Goodbye Honey”.

The included DVD, meanwhile, is a full concert film of Adams performing acoustically at New York City’s Mercury Lounge in October 2000. It was during this show that he performed his much beloved cover of Oasis’ “Wonderwall” for the very first time. All of this will be packaged with a glossy booklet containing previously unseen photos and liner notes from Heartbreaker producer and Adams’ frequent collaborator Ethan Johns.

After disbanding Whiskeytown, Heartbreaker was Adams’s chance to start afresh and saw him collaborating with Gillian Welch’s longtime musical parter Dave Rawlings. The record received universal critical acclaim, but spawned no singles and failed to chart in the states. However, it later went on to gain seminal status and cemented Adams as the alternative country musician with a passionate following that he is today.

As a preview Adams has released a never-before-heard outtake called “Locked Away”. Check it out below

Watch a teaser for the reissue below, followed by a look at the vinyl packaging and the tracklist. Pre-orders are ongoing. 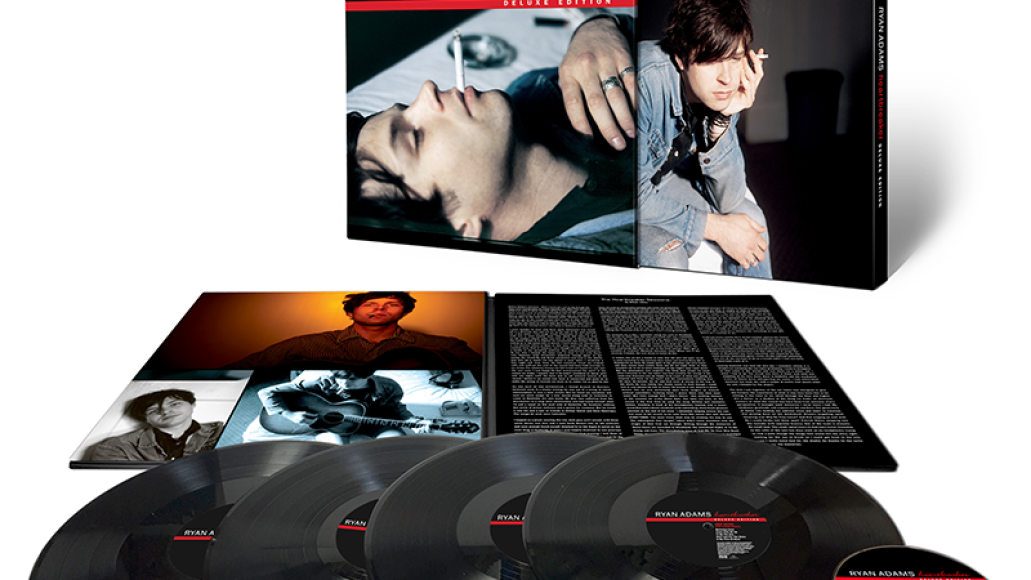 DVD – Live at The Mercury Lounge