Science fiction spends a lot of time envisioning what the future might hold. Remember the briefcase used in Stanley Kubrick’s 2001: A Space Odyssey? Its phone handset and dial had all the components of a smartphone or laptop. The terrifying AI, HAL 9000, seems like a proto-Siri.

To some, science fiction’s predictive nature is a thrilling prospect — but not for Torres’ Mackenzie Scott. “I don’t want to know what my future will look like, because that scares me,” Scott explains. “I’m constantly in the past or in the future in my head anyway, but I always dream of a future where the most ideal situation happens. I try not to think about the world turning into what people think it’s going to turn into, like Manhattan being underwater, or essentially the Escape from LA movies. I try to think of a future that looks a lot better than it’s supposedly made out to be.”

The genre of science fiction is an acquired taste, and it often gets branded as “escapist,” a meritless smear against a diverse, hardworking genre. It’s always framed in competition with “realism,” the art in which a more “critical” reader can drink in the harsh accuracy of war, death, and disease. To read about other worlds or alternate timelines can seem like you’re not caring for this world or this time — like reality cold feet. 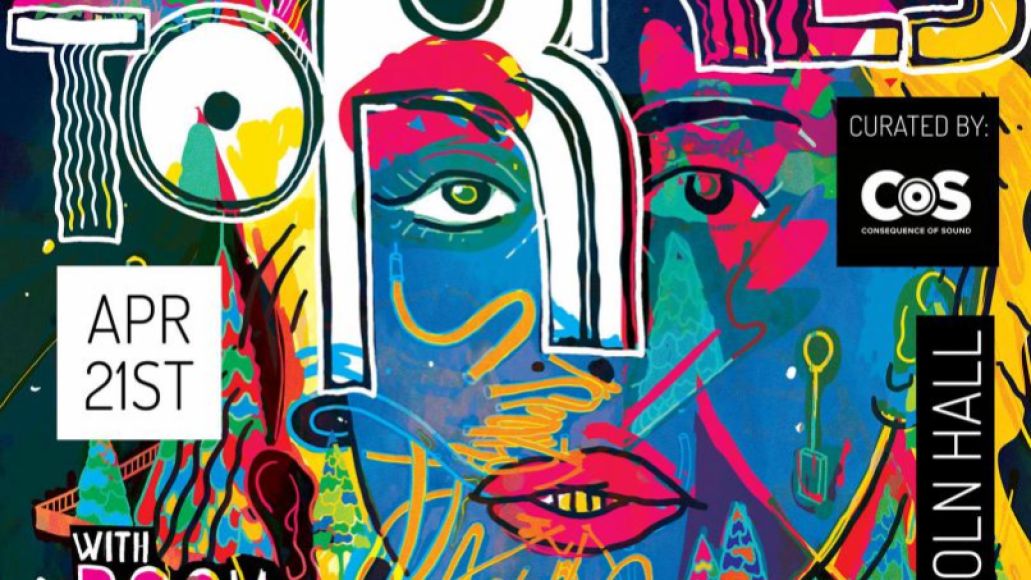 But any art is a form of escapism, at best still an idealized form of reality set in stone by an artist. And for Scott, her songs aren’t solely focusing on one character tempered inside technically sharp chord progressions and grunge undertones, but on the journey and shift that character goes on — the other worlds they might experience. There was a time when songwriting served a different purpose for her. “When I first started writing, I really wanted it to be grounded in reality,” Scott laughs. “I always used it as a tool to bring me back down to earth. I think that was because I used to enjoy being sad.”

Now more than ever, she finds comfort in transporting her mind, her ego, and her fears into an imagined world. “And that doesn’t mean that my music is grounded in reality — some part of it isn’t. I just want to escape all the time now. So anything I do, whether it’s writing or seeing films, I’m looking to have it take me away.”

Finding her a year after the remarkable Sprinter was released, it’s as if she’s shed that “New Skin” she boldly described, mirrored in her music’s subtle, fierce melodic duality. “If you never know the darkness, then you’re the one who fears the most,” Scott sings, leaping off of isolation. She sings like an outsider no matter where she is in life. “I’ve always felt a bit isolated, but I’ve never felt that’s necessarily a bad thing,” she says. As sci-fi is largely based around the idea of aliens, a classic metaphor for feeling other, Scott’s music carries a sense of otherness, but sees profound empowerment in that sense, and uses it as a key to cultural capital. “I’ve always preferred to stick to myself, submerge myself in books, create my own world and live in my head.”

A good piece of art, from whatever genre box cultural critics have put it in, expands the mind. You’re suddenly transported to an imaginary world whether that world is set in Narnia or North Carolina. Even horrifying stories on the news can be escapist in a schadenfreude way, and Scott uses her music to escape from that darkness. “I have thought about living in a sci-fi world,” she says. “It’s just that most of those worlds contain some huge threat. Those threats don’t exist in those forms here; they exist in probably more insidious forms, less noticeable.”

But do people still use art in that way, as a revelatory eye-opener? Considering the ubiquity of binge-watching and mindless reality TV, it might not seem that way. Arthur C. Clarke, author of 2001, said that fiction “can stretch people’s minds, altering them to the possibilities of the future, which is very important in an age where things are changing rapidly.”

“I sincerely hope so!” Scott chimes in. “Ray Bradbury’s novels predicted significant forms of technology that actually came to be, and it’s terrifying. I would hope that people [consume art as revelatory], but what I’ve observed more than anything is how dismissive people are … There are novels that predicted privacy being non-existent in the future, and people being trapped and not able to go off the grid. That’s 100 percent true now. It’s impossible to go off the radar, so it is horrifying, but the only thing I want to be is optimistic about it. I think that I’m going to ruin my joy and the joy of others around me if I can’t choose to be joyful in the moment.” 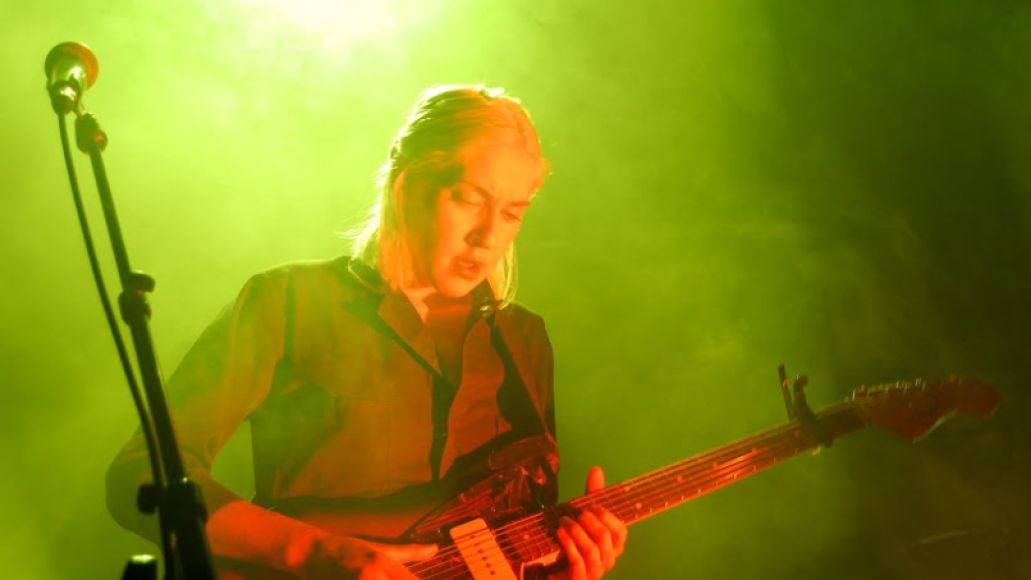 That joy may be easily conveyed in a film script or in the dialogue of a short story, but it seems to have a cosmic ease in music, conveyed often without any language. “I remember watching 2001 and having the soundtrack being the one thing that stood out for me,” Scott reveals. 2001 features largely classical music, written generations before the film, and yet somehow it feels futuristic — eerily futuristic. So what is it about music that makes that sort of emotional time travel even possible? “Music is one of those things that will always transport you, no matter what it is. It’s a transcendent form. That’s the whole point of music, the whole beauty of it is that it always transcends time and place.”

Though not necessarily a sci-fi obsessive, Scott feels the genre’s pull, even when composing her own music. “It’s funny that we’re talking about this, because all the sounds I’ve been after recently have been from me wanting that science-fiction sound. It’s so cinematic, and I enjoy the theatrical element of musical performance.” Scott uses ‘90s alt rock intensity as a complex structure to support a brand-new sound. “I think I’m really just on a constant quest to find the right guitar pedals that are going to create that world. Pedals that create those sounds are my best hope right now.”

The internal tug-of-war between her grounded and visionary sides manages to evoke a heady-yet-mindful new chapter for Scott and the listener. After touring extensively all over the world, she hasn’t stopped questioning her introspective analysis. “I am writing, but to be honest, I have a hard time switching between the writing and the touring,” Scott says. “They are two totally different roads. The writing is quite introverted and the shows are quite extroverted, so I get a bit of whiplash doing that, but I enjoy it so much.”

Touring non-stop has changed the narrative of each song each time they’re sung, but that’s an appeal for Scott. “That’s why I think I’ve been able to enjoy touring on this record for as long as I have,” she says. “It’s pretty wild; the songs just feel different.” Even from the last time she was in Chicago at Lincoln Hall earlier this year, compared to a few months before when she played at Empty Bottle, the songs had evolved so much that it felt like they were playing a brand-new show.

Sprinter dives deep into faith and Scott’s understanding of it, which might seem contradictory to the scientific bent of 2001 and its kind. But while Scott was raised Baptist, her love for escapism and fantasy continues to evolve. One might expect that the potential knowledge of extraterrestrial life could change the religious worldview that she was brought up with, the one that fueled much of her storytelling — but Scott doesn’t see things in that binary. “I’m a firm believer that those two worlds are actually complementary to one another rather than contradictory,” she explains. “But most people don’t see it that way. I think it’s beyond arrogant to believe that we are the only intelligent life in the universe. We don’t even know how big the universe is. We have no idea … we could exist on the inside of a marble.”

For Scott, that theory isn’t as bleak as it seems either. “We just have to keep distracting ourselves from death,” she laughs. “That’s all we have to do. That’s the only reason I create — so that I can keep feeling alive!”

Sprinting to the Future: Torres Talks Sci-Fi and Escapism