In the midst of a sold-out run of shows at the Chapel in San Francisco, comedian Dave Chappelle dedicated last night’s performance to the memory of Prince, who died early Thursday morning at the age of 57. According to the San Francisco Chronicle, Chappelle hit the stage around 2 a.m. looking somber in a button-down black shirt and jeans. “This is black 9/11,” he told the audience. “I almost thought about not coming tonight, but my band was like, ‘Yo, Prince would definitely not condone that.”

Announced on Wednesday, April 20th, the additional late show wasn’t originally intended as a memorial for the Purple One, but that’s what it ended up being. With the venue lit up in a purple glow, Chappelle reminisced on Prince while his backing band performed a medley of hits ranging from “Kiss” to “Nothing Compares 2 U”. San Francisco singer Martin Luther McCoy provided vocals between the comedian’s stories, and at one point Chappelle even pulled out a tambourine emblazoned with Prince’s trademark symbol.

Tributes to Prince have been pouring in from around the world since news of his death hit yesterday, but Chappelle’s carries a special kind of poignancy. In the most beloved skit from his defunct sketch-comedy show, Chappelle’s Show, Chappelle dons an extravagant purple blouse and impersonates Prince in a “True Hollywood Story”-style account of the time the Purple One schooled Charlie and Eddie Murphy in basketball (he also makes a mean batch of pancakes). Prince supposedly liked the skit so much that he featured Chappelle in the artwork accompanying his 2013 single “Breakfast Can Wait”. 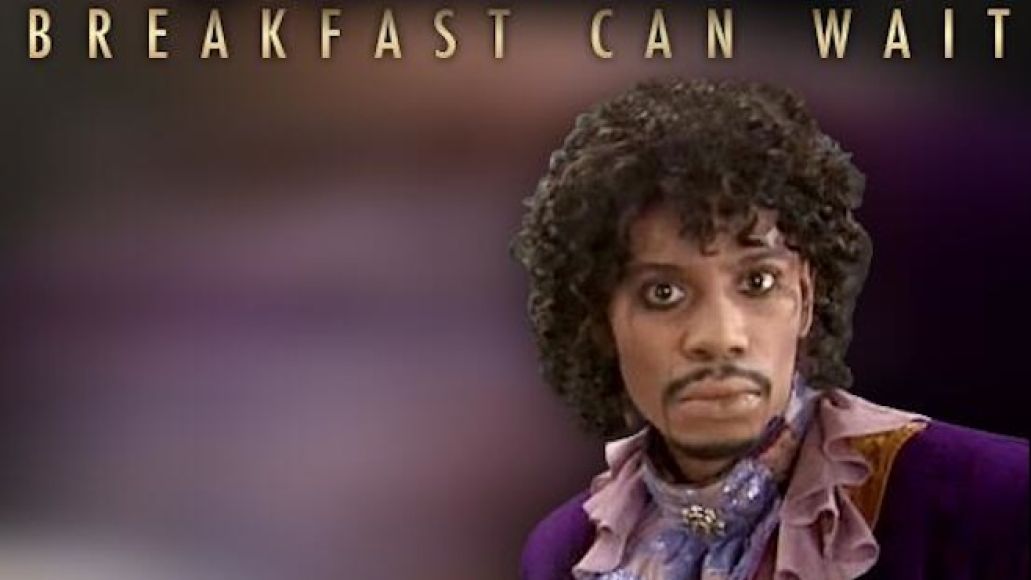 Chappelle has been associated with Prince ever since, which explains why so many media outlets tried to hit him up yesterday. “I kept wondering all day, ‘Why are they calling me?’” he said. “I’ll tell you what: I didn’t know him well, but I knew him well.”

It’s difficult to find reasons to laugh, even now that a day has passed since his Purpleness left this mortal coil. Grieving seems more appropriate, but that doesn’t mean we have to do it alone. As Chappelle said before closing out the night, “It’s so much better that we grieve together.”