As if 2016 hadn’t already taken its heartbreaking toll, we lost another legend this week. Prince leapt off to the great jam in the sky, and we’re all here listening to the sound of doves crying in the purple rain. But rather than let the sadness overwhelm you, take it as a reminder to celebrate and embrace the artists in your lives while we still have them. So, in honor of the Purple One, let’s celebrate the moment and let a fresh batch of tunes warm your heart. 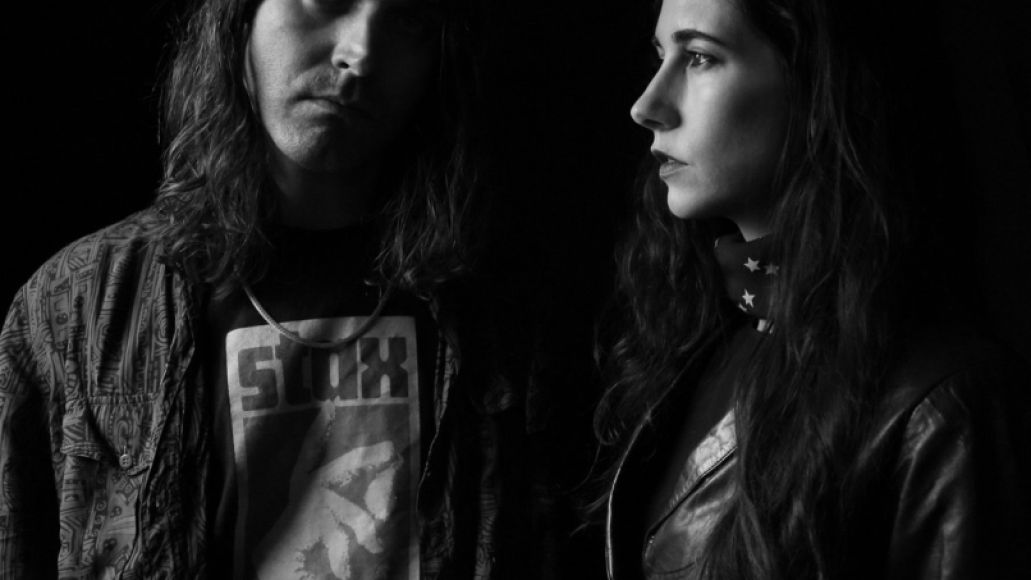 A few weeks ago, the New York psychedelic rock veterans, Psychic IIIs teamed up with Mazzy Star’s Hope Sandoval on their first single, “I Don’t Mind”, which will be featured on their forthcoming album, Inner Journey Out, via Sacred Bones. Now, the duo have followed up with a new song called “Another Change”, which features their staple ’60s reverb-cloaked garage rock. While it ventures into the familiar territory of 2013’s One Track Mind, the song does add new elements as gospel bits of transcending harmonies and country traces of longing, pedal steel guitar notes coalesce in a Spiritualized meets Primal Scream soundscape. –Alejandra Ramirez 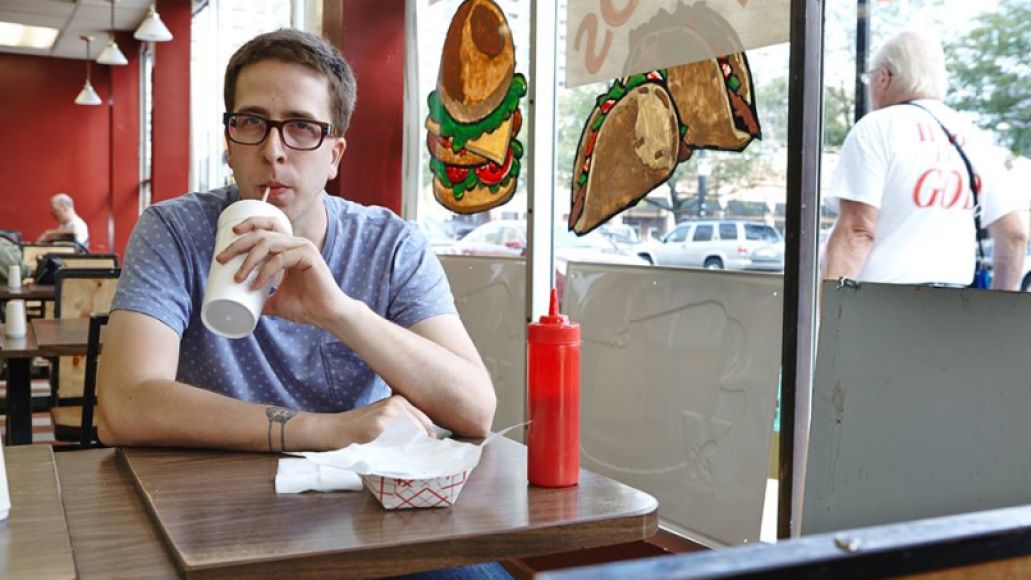 Tomorrow (April 23), Chrissy will be bringing the shimmering disco vibes to Chicago’s revered Gramaphone Records. During what is sure to be a cramped party, the underground Windy City staple will be sampling his newest collaborative effort, “Photobooth”. Released this past weekend through Smart Bar’s Northside ’82 imprint, the Hawley-featuring single resurrects the glorious strings and bubbling synths of a genre Chicagoans have long declared dead. And as the title suggests, the track is an ode to the minor romances that take form in these tight, sometimes sweaty, confines. The resurgence will be amplified quickly, as Chrissy & Hawley are set to release their self-titled collaborative debut this July through Chrissy’s own Nite Owl Diner label. —Derek Staples 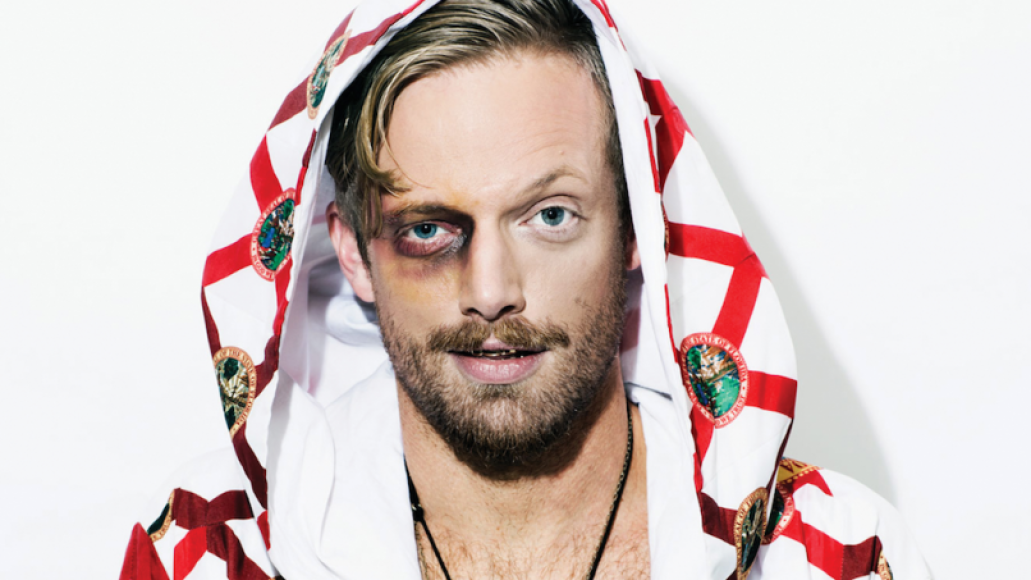 For some, falling head over heels for hip-hop depends not on what’s being said, but how it’s being said. Minneapolis rapper Charles Bothwell, aka Astronautalis, wins both types over. The indie hip-hop artist whittles words through a sarcastic tone full of odd falsettos and deep bass notes. On his newest single, “Attila Ambrus”, Astronautalis trades gritty beats for electro-swing akin to Caravan Palace. Mixed by the ever-talented John Congleton with Bon Iver’s Justin Vernon as the executive producer, “Attila Ambrus” keeps a careful balance of horns and bass. Trumpets flare with the proud character they’re so used to tootin’. Upright bass is filtered to carry a thicker, murkier, deeper tone usually aligned with rap. From Spanish moss to river-bound whiskey, Astronautalis treks across a culturally rich lyrical landscape with his trademark articulation — so quick it’s almost daft — while telling an entertaining tale about the whiskey thief the song’s named after. How can you not like it? –Nina Corcoran 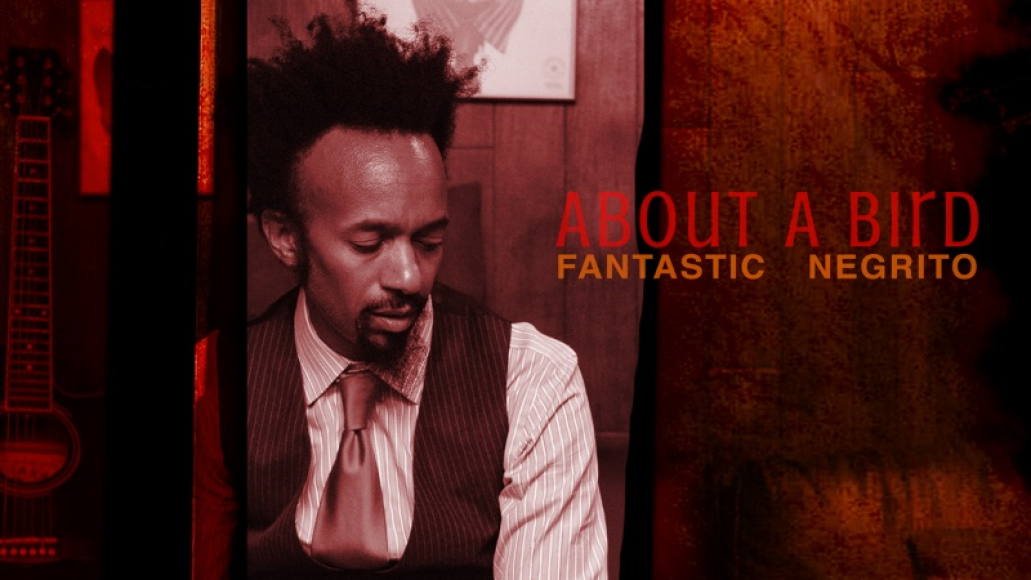 After a debilitating car accident in 1999, Xavier Dphrepaulezz is making the most of his second chance in this industry — now releasing under the Fantastic Negrito moniker. Though the tones arrive from an amalgam of smoky minor keys, roots rock, and soul, one listen to the timbre of Dphrepaulezz’s delivery and the way he caresses the weathered neck of his guitar and one cannot imagine the Oakland-native as anything but a well-travelled bluesman. “About a Bird”, pulled from the debut The Last Days of Oakland (out June 3rd via Blackball Universe), reflects on those darker days during Dphrepaulezz’s recovery: “Ohhh, take a chance on me/ Because no one else will.” Fortunately for those putting this one on repeat, the female antagonist in this narrative never got her wish either (“Bitch wanted me dead”). — Derek Staples 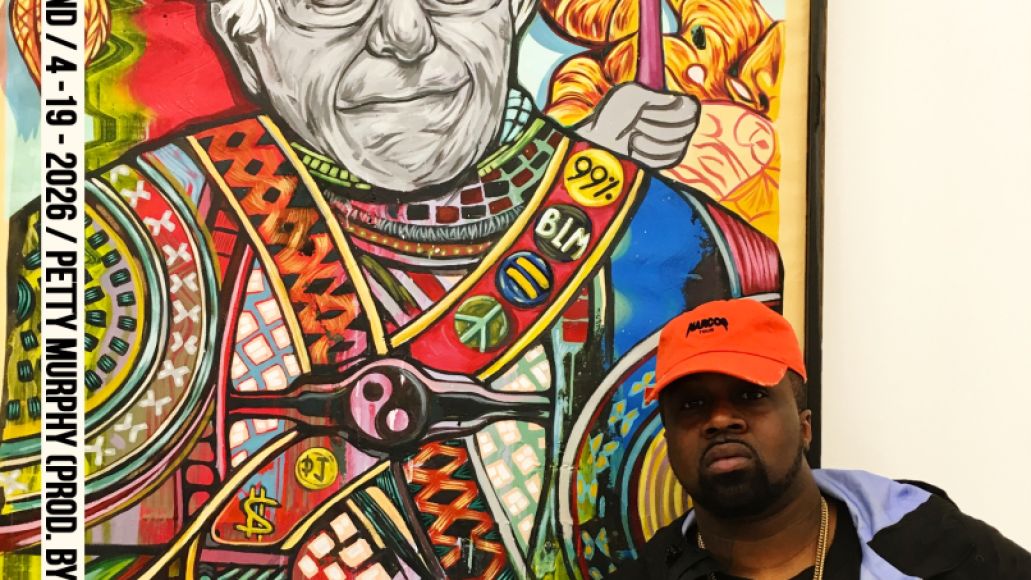 Seems like so many artists are feelin’ the Bern, including New York’s Smoke DZA in “Outside My Mind / 4-19-2026 / Petty Murphy”. The last time we heard from the rapper was in the Harry Fraud joint EP He Has Risen, but now he’s followed up with the Fly-Lo assisted track. The rapper’s release comes as a surprise considering he’s teaming up with one of hip-hop’s most experimental producers, but the song proves to be an eclectic and left-field production for the aggressive Harlm MC. The track sweeps in three movements as Smoke DZA weaves in and out of gorgeous synth flourishes with his trademark 4/20, higher than the ether lyricism. –Alejandra Ramirez 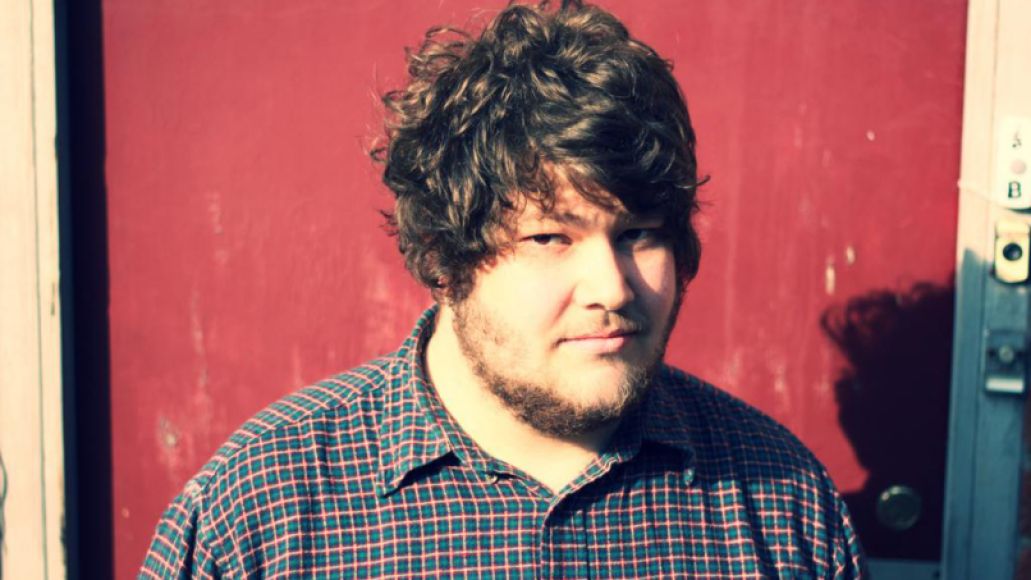 The trouble with picking a moniker already used by a notable person in history is that, of course, you’re hard to Google. Luckily, England’s 27-year-old singer-songwriter Oliver Wilde has enough of a backstory to rival the poet in search engines — and “Blit Scratch” is as good an introduction to him as it gets. The waterlogged indie pop number falls in line with his past bedroom pop, edging closer towards electronica production than what came before it, though his prior folk talent is still present. Self-described as “the sound the cardiac monitors play” while befriending “the horse kick altruist,” the song builds in surprises and warmth the way a Sparklehorse track or The Real Tuesday Weld hit does. It’s a number for drizzly days when you’re in between moods thanks to fuzzy distortion, weird vocal samples, and a quick moment of growling (really) to mirror the complexities of being this bizarre creature we call a human being. –Nina Corcoran 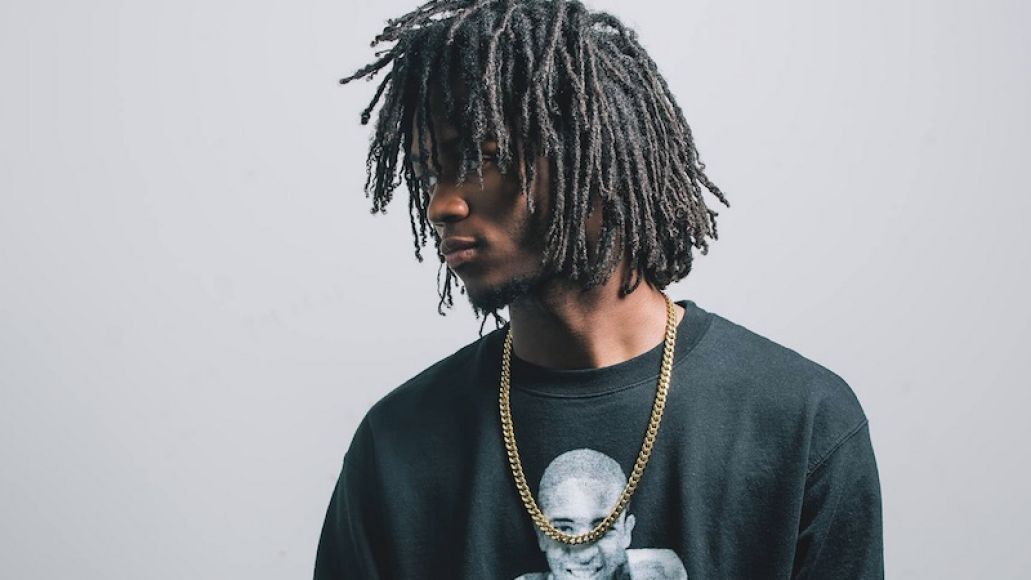 Fresh off the smash success of his spot on Chance the Rapper’s “Angels” (and its downright delightful video), Pivot Gang’s Saba returns with the smooth, gorgeous “World in My Hands”. One listen to the slurry repetition of the title in the hook and you’ll be ready for this one to soundtrack a few breezy summer afternoons. Fellow Midwestern heavy-hitters Smino and LEGIT step in for some assistance, and the glittering production (handled by Saba himself, along with Dae Dae and Phoelix) keeps things rolling. The 21-year-old Chicagoan has a full project somewhere around the corner, likely in fall. We’ll let you know when we know more. –Adam Kivel 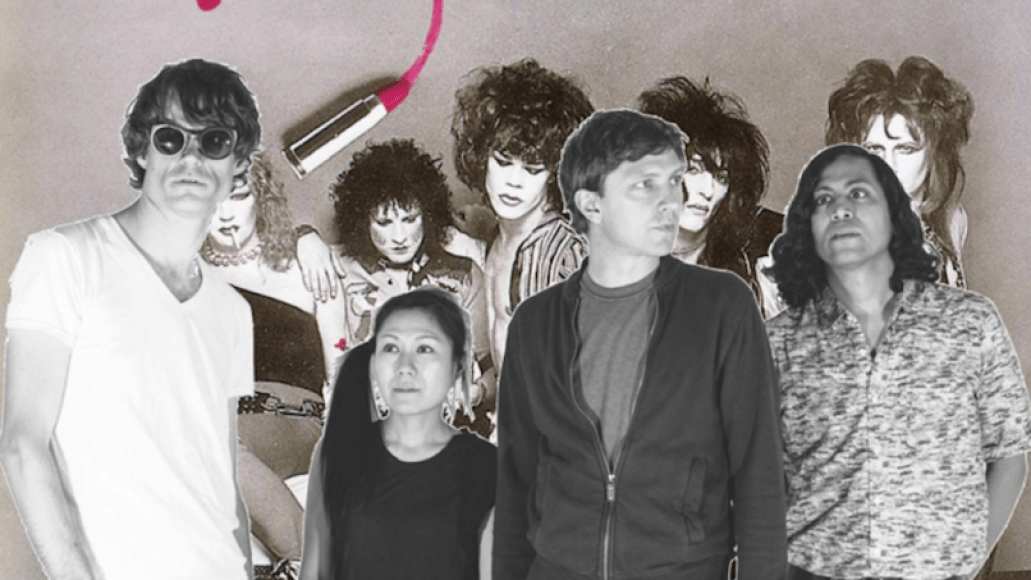 All it takes to understand the heart-eyed praise and spastic fandom surrounding Deerhoof is one show. Really. See them live, and it all makes sense. The San Francisco four-piece is adept at whipping up frenetic, wide-eyed, math-like pop that spits joy out the way someone who gulps a mouthful of water seconds before a joke would. Deerhoof balance insanity and sugar well within their music. The lead single off their sixteenth (!) album — The Magic, out June 24th on Polyvinyl — is “Plastic Thrills”, and it stays true to that titular promise. Their pop side gets pop star treatment, complete with guitar melodies filling in for go-go backup vocals. It’s the difference between shotgunning Nerds instead of Pop Rocks; both give you a sugar high, but the flavor lasts longer on this one — and a sweet guitar solo replaces bizarre surprises. –Nina Corcoran 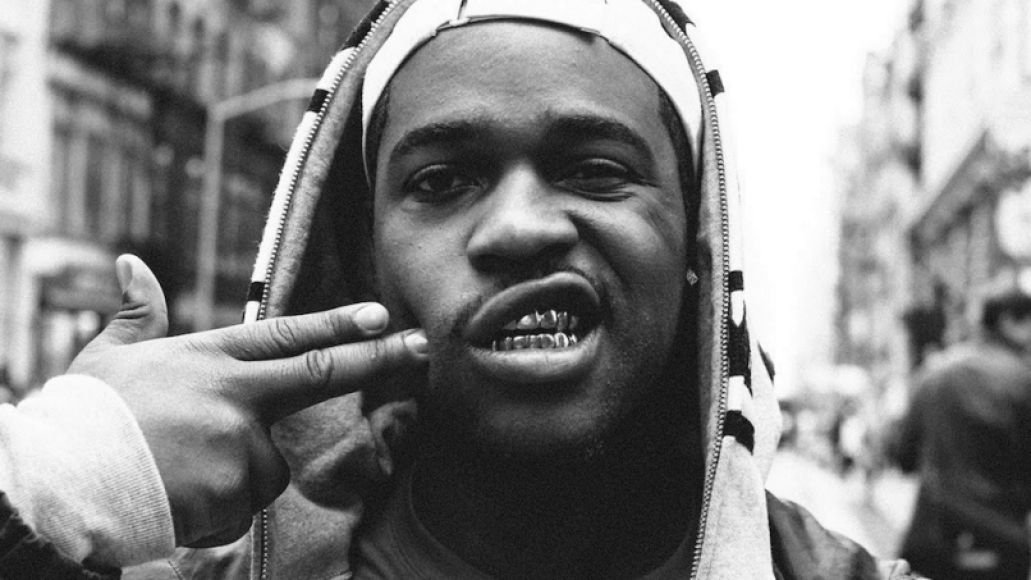 Sure, A$AP Ferg has a hotly anticipated album out today, but that doesn’t mean he won’t make time to break off a dope new track. “Still got my cold and shit,” he coughs at the song’s open, trying to knock some of that nasal “FLEM” out of his throat, along with a couple minutes of rad lines. “I know ya seen the Kanye tweet,” he laughs, referring to Yeezus’ social media shout-out of the RCA record, Always Strive and Prosper. As if that weren’t boast enough, he adds some lines about hitting up Coachella three years in a row and working with Missy Elliott. Ferg is on a tear, and you better respect that or get out of the way. –Adam Kivel 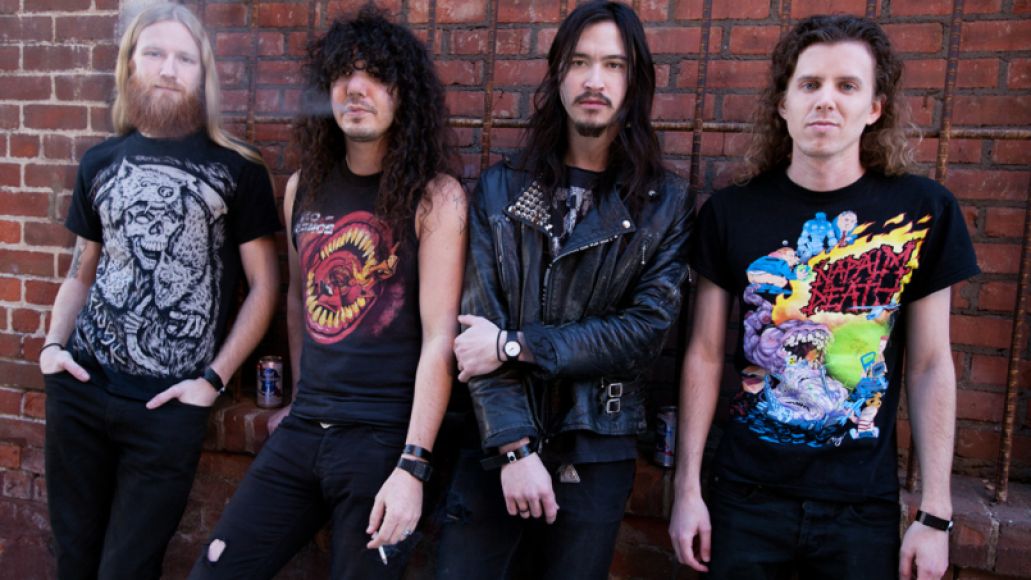 While much of the world focuses on LCD Soundsystem, metal fans this week have another LCD to lock onto: “LCD (Liquid Crystal Disease)”, the latest single from thrash outfit Vektor. Where some bands of this ilk favor mind-numbingly fast guitar riffs over everything else, these Arizonans manage to capture a palpable dramatic arc without sacrificing any of that face-melting speed. In fact, some of the sixteenth-note lines on “LCD” are downright unbelievable, guitarists David DiSanto and Erik Nelson ripping through riffs at an inhuman speed, while Blake Anderson and Frank Chin lay out an equally preposterous rhythm section — all spread out over seven and a half minutes. Vektor’s new album, Terminal Redux, drops May 6th on Earache. –Adam Kivel