So, we’ve all been waiting for Views. Well, maybe not all of us, but quite a few of us. The 6 God has that ability to make you pay attention, to keep the conversation going for months. The tracks on this list may not have had quite the same level of anticipation, but they certainly should keep you talking all the same. The countdown features some of Drake’s confidence, some of his rapping skills, and some of his melancholic emotionality. So, if you’re having a hard time getting Apple Music to load, enjoy this instead.
__________________________________________________________ 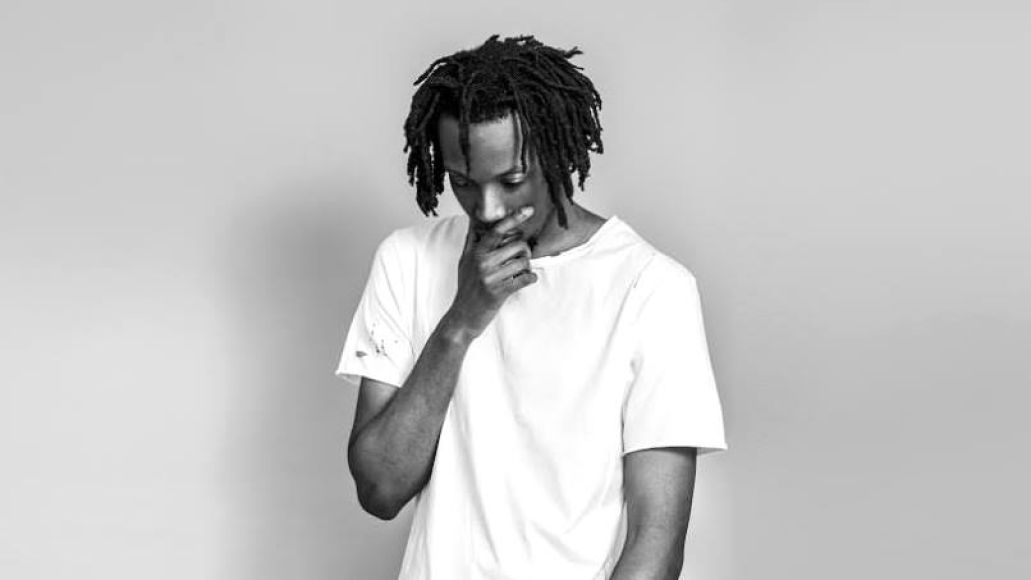 Murph Watkins, aka Baby Juug, has more of his vamped, flamboyant flow to offer via “On Me”, produced by Rob Dinero. The last time we heard from the Chicago rapper was on the collaborative Goldie & Slim EP with longtime collaborator Wheatie. The new track doesn’t venture far off from the EP’s chill and ambient with feather-light piano flourishes and woozy, liquid synths. “On Me” boasts eerie production that coalesces with Juug’s hungover drawl and rapid-fire delivery as he roams around Chicago’s streets. The track does boast some pop leanings with Watkins’ party hooks: “I’m ridin’ round with like 50 swishas on me/ I’m a hood genie got 50 wishes on me.” —Alejandra Ramirez 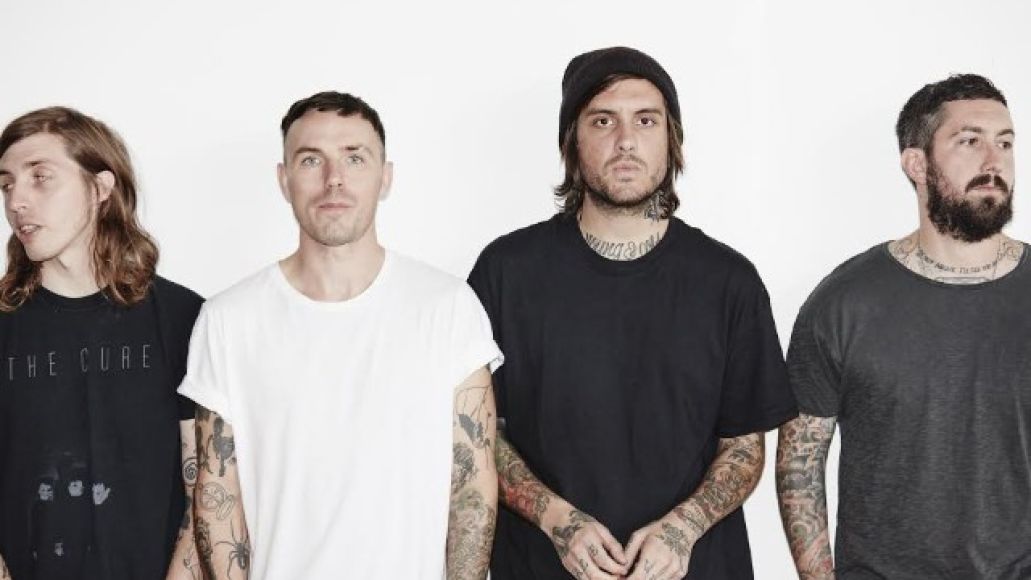 Philadelphia shoegazers Nothing are prepping for their sophomore album release, Tired of Tomorrow, via Relapse Records on May 13, which will follow up the acclaimed Guilty of Everything. While the label is a sanctuary to metal-heads, Nothing’s heavy leanings make their place right at home. While we’ve already heard album cuts, including the triumphant “Vertigo Flowers”, bludgeoning “Eaten by Worms”, and somber “ACD (Abscessive Compulsive Disorder)”, the band may have just released the best of the lot with “The Dead Are Dumb”. Just like “ACD”, the song is mournful and emotive with Dominic Palermo’s longing timbres as reverb-soaked guitars wail in the backdrop. —Alejandra Ramirez 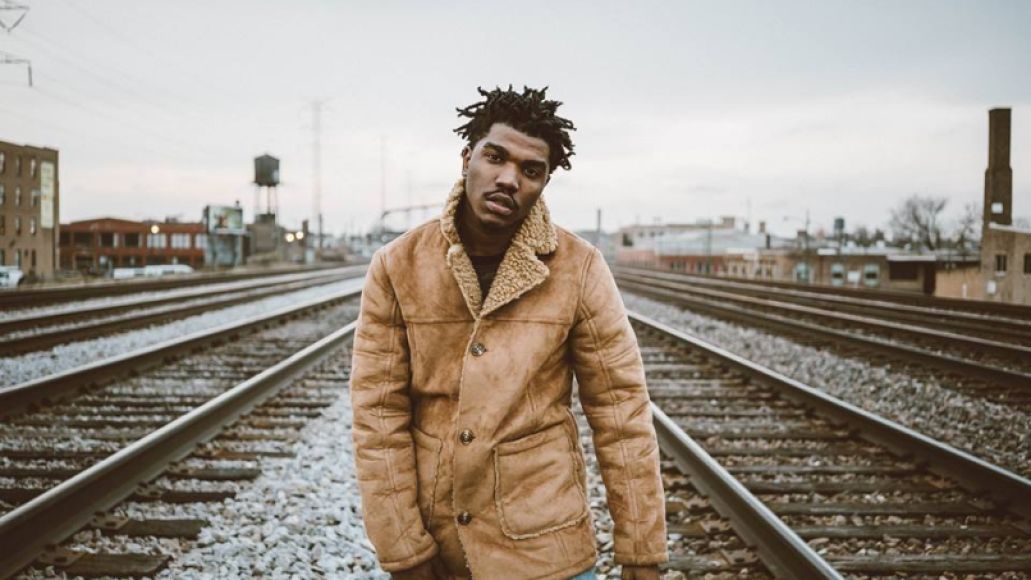 Though it might read like a collection of dishes at a restaurant, take the title for the latest from St. Louis rapper Smino as a bit of text-speak and you’ll get his true intntions: “me ‘n u.” The track rides with that intimate tone, equal parts swanky R&B slide and bubbling trap depth. And if you’re looking for sexual innuendo about sitcoms, Adam Sandler, and Jolly Ranchers, well … besides you being pretty weird, Smino is your man. –Adam Kivel 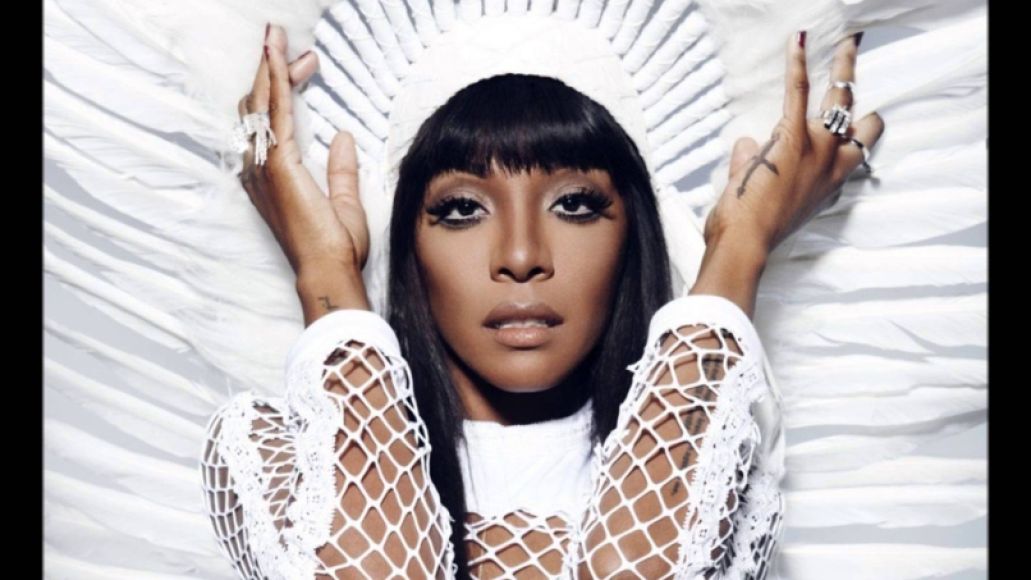 During an extensive Rinse FM mix last year, Kingdom teased an upcoming collaboration with Dawn Richard, aka D∆WN. Now we’ve got the first of what’s supposedly several songs that sees the two collaborating, and hopefully they see the light of day sooner rather than later given how slick their skills merge together on “Honest”. What starts as modest R&B explodes into an emotive dance ballad one minute in. Richard’s voice leaps to new levels, skipping across Kingdom’s light percussion with the ease of a child — though the lyrical content certainly isn’t coming from a kid — on a playground, ultimately bringing them a middle ground between FKA Twigs and The Weeknd. –Nina Corcoran 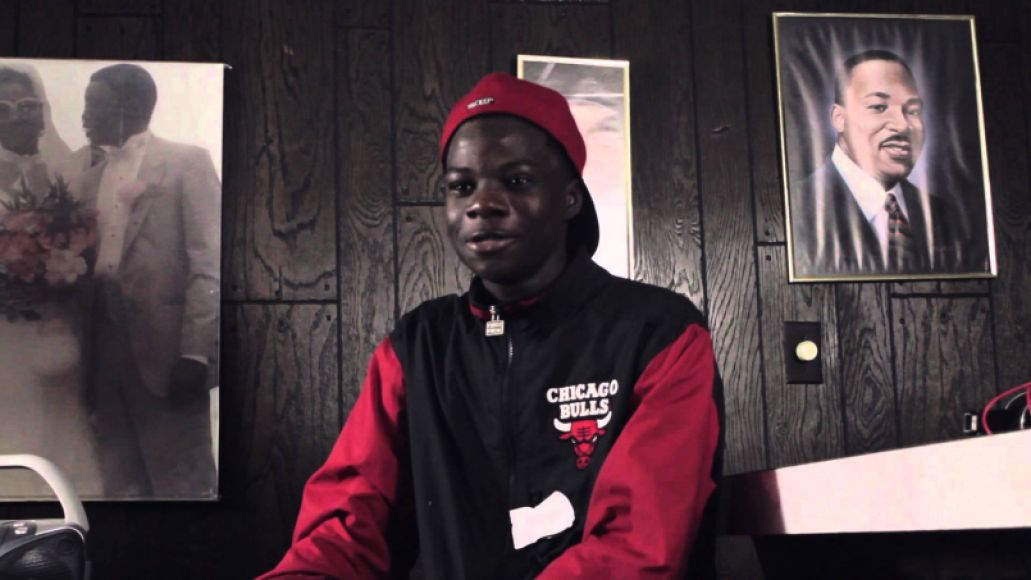 20-year-old Femdot is the latest in a long, long line of young Chicagoans making waves in the rap scene, and yet you might not guess it from his latest cut, “97′.”. The passionate rhymer delivers his tracks with confidence, conviction, and power, sounding as if he comes from the bygone era he’s only nostalgicly looking back decades to. And while he covers all the aspirational territory you’d expect of a young, hungry rapper, there’s a knowing warmth to his flow. It’s as if having clearly studied and adored those golden-era emcees for long enough has given him not only the passion but the knowledge of what might come after. “97′.” is taken from Femdot’s new EP, fo(u)r. –Adam Kivel 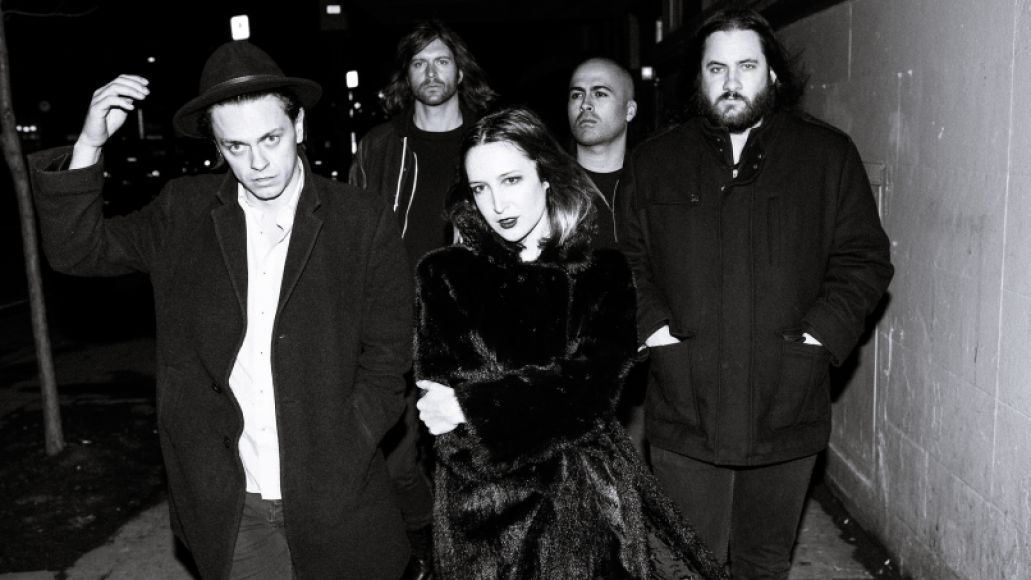 From the Leonard Cohen School of Vocalisms arrives July Talk’s Peter Dreimanis; his growl is a boorish companion to the entrancing delivery of Leah Fay. The two aren’t totally at odds during “Push + Pull”: Dreimanis momentarily slips into the track’s prevailing disco brilliance at the 90-second mark. But just like an unfortunate frog in a slowly boiling pot of water, the heat overtakes the senses as the previously tame melody races towards its blistering final moments. Dreimanis pushes that intensity with the single’s hook: “I don’t want to wait!” But we have little choice but to wait for a confirmed release date of July Talk’s sophomore album. –Derek Staples 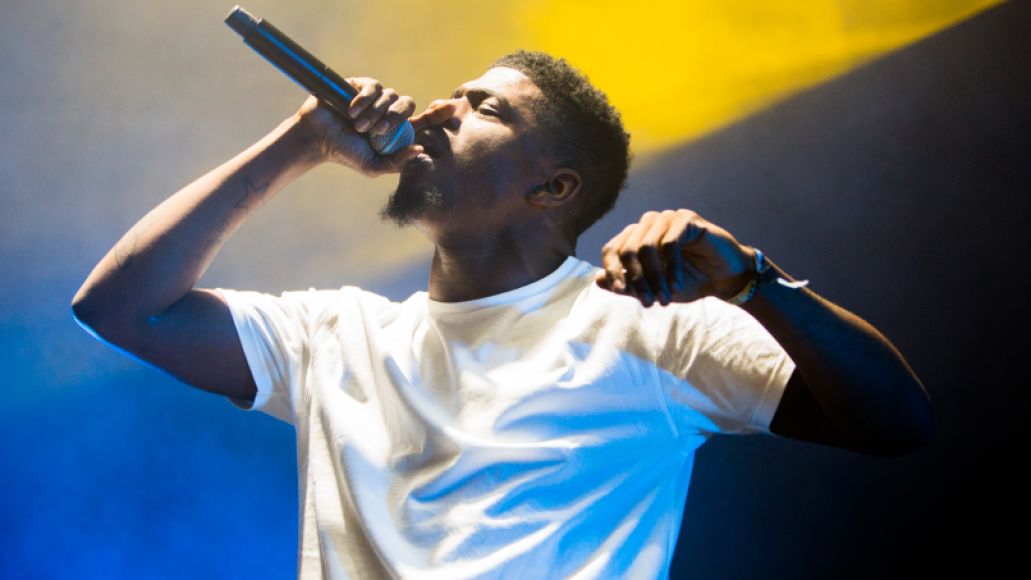 Think about your favorite #brand and Huffington Post #posivibes article. Now throw them in the trash. On the latest from Green Sllime, political waters slosh hard without officially spilling over, creating the type of well-worded aggression that gets folks mentally riled up. Mick Jenkins lays out a slew of slow-rolling lines, each one hitting harder than the one before it thanks to the sarcastic clinks of Sonic coin grabs. “Zoo” is an ode to Chicago and all the animals walking on two legs by mistake. Luckily for them, Green Sllime stirs a beat so gritty and bitter that it keeps those nerves calm even though they have every reason to snap at any minute. –Nina Corcoran 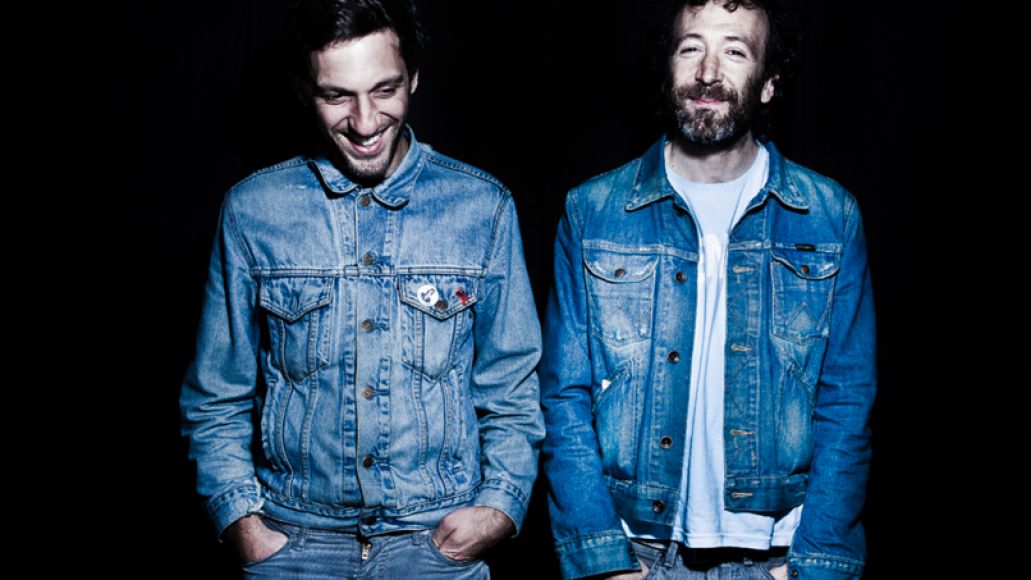 Acid Arab are an earnest amalgam of their multicultural inspirations. The Paris-based collective dissect the rhythms and codes of Arabic music and reinterpret those textures with the tools of the analog techno underground. The narrative spun during “La Hafla” by Algerian folk singer Sofiane Saidi reflects a similar convergence of Eastern and Western cultures. The strong-minded female at its focal point is celebrated for her unwillingness to take orders from anyone — a message made that much more powerful when delivered in Saidi’s native tongue. With so many factors pushing various ethnic and religious groups apart, Acid Arab understand the power of music and dancing to, at the very least, slow that divide. “La Hafla” will be available digitally May 13th via Belgium’s Crammed Discs. –Derek Staples

Describing the emotions at the heart of Fruit Bats’ music is difficult not because it’s particularly clouded, but because pinning words onto something so natural covers up part of its beauty. The Chicago folk rockers return with their heads held high on “Humbug Mountain Song” after some time off. Banjo trots forward in rhythm with a chord progression that’s equal parts riveting and comforting in its nostalgia, marking the release of their new album, Absolute Loser, on May 13th as one to be excited for. Fruit Bats have always been champions at making feel-good alt country folk. So far, 2016 shows they’re still able to do so, even if it’s been five years since their last record. –Nina Corcoran 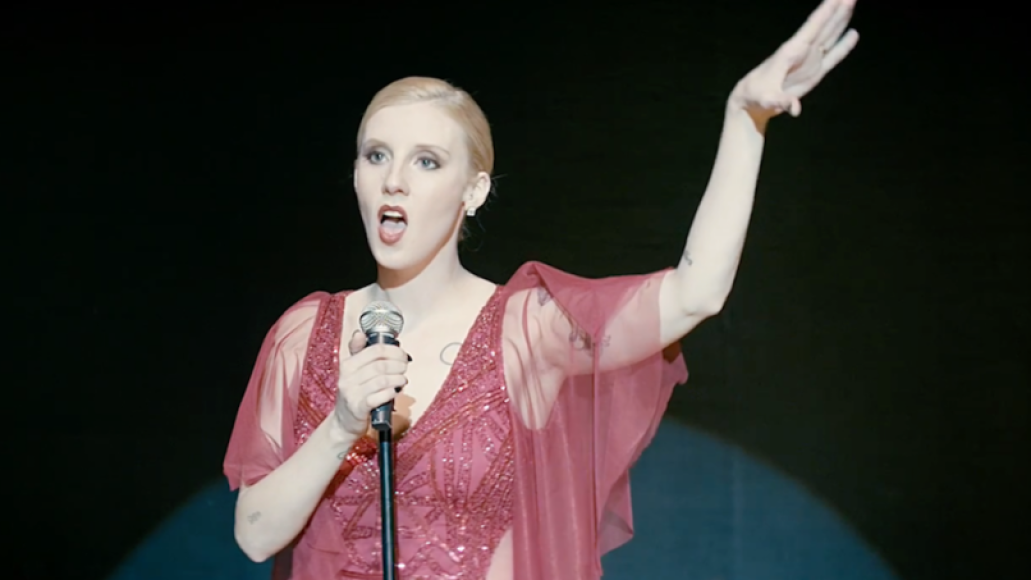 When White Lung frontwoman Mish Barber-Way describes a song as her “Stevie-Nicks-meets-Celine-Dion ballad,” you know you’re in for something interesting. And “Below”, the noise punk outfit’s latest gut-punch, certainly lives up to that assumption. Barber-Way’s analysis of feminist theory and Camille Paglia’s description of beauty works as a love letter to to the female artists that came before and their lasting impact, and the mesmerizing video draws out every ounce of drama from Barber-Way’s writing. “Below” further suggests that the upcoming Paradise, due May 6th on Domino, will be one of the year’s most cathartic records. –Adam Kivel