This year, Austin City Limits Festival turns 15, while its landmark PBS series turns 40. Naturally, that’s a hell of a lotta history to cover, one that’s fully stocked with just about every genre imaginable, from Tejano music and western swing to alternative rock and jazz to simple folk and classic country. What do you expect from the longest-running music program in television history?

Despite being quite a tall order, C3 Presents managed to piece together an exciting lineup that remains respectful of the franchise’s culturally diverse roots. Just look at the top two lines of the lineup: One could go from Radiohead to Mumford and Sons to Kendrick Lamar to Willie Nelson to Major Lazer to Chris Stapleton. Admittedly, there aren’t too many gals, but we’ll get to that. 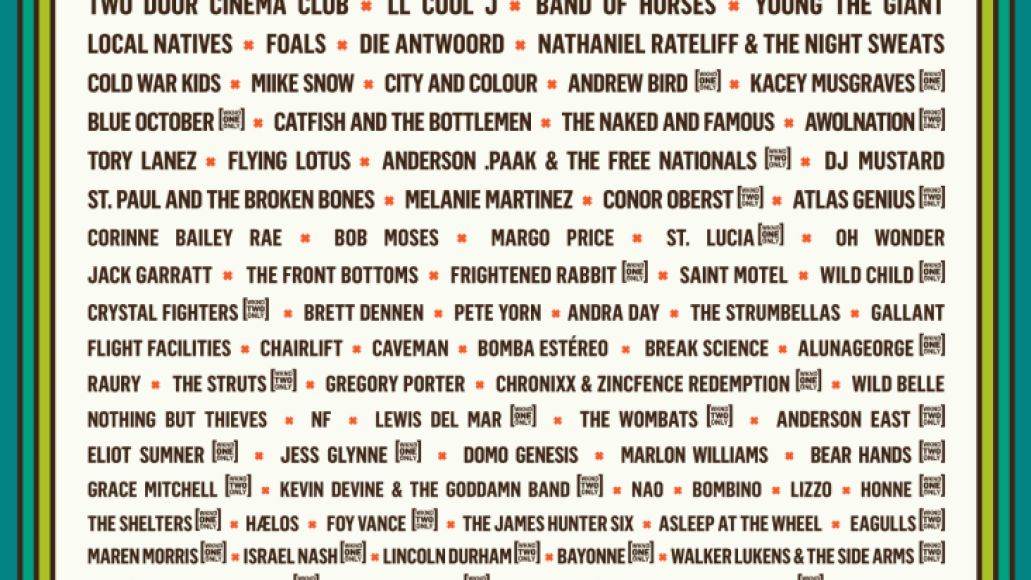 In addition to the top-tier talent, this year’s installment celebrates the city that gave ’em their name by lassoing in more than 20 homegrown talents. Kacey Musgraves, Wild Child, ISRAEL NASH, Bayone, and Walker Lukens & The Side Arms are but a handful of the local acts, and the ever-unstoppable Asleep at the Wheel returns for a whopping 15th time. That’s hometown pride.

But that local charm is what has always separated Austin City Limits from its peers and competition. Sure, it’s a card-carrying member of The Big Four, which also includes juggernauts Coachella, Bonnaroo, and Lollapalooza, but the fest’s insistence on home cooking has always made the fall soiree feel less like an Event and more like a Shindig.

Which, in a sense, is why the series has survived all this time.