Bonnaroo has revealed the lineup and theme for this year’s ever-anticipated SuperJam. As 2016 marks the festival’s 15th anniversary, the organizers have decided to use this year’s collaborative extravaganza to pay tribute to their home state of Tennessee.

Scheduled for 12:30-2:30 AM on Saturday, June 11th during the festival, the Heart, Soul & Spirit: A Tribute to Tennessee SuperJam will be led by saxophone star Kamasi Washington. He’ll be joined by Miguel, Devonté Hynes (aka Blood Orange), Nathaniel Rateliff & The Night Sweats, GRiZ, Eric Krasno & The Shady Horns, Vulfpeck, The Internet, Chicano Batman, Lizzo, and many more unannounced guests. The one-off supergroup will come together to pay tribute to “Bonnaroo’s home state legends ranging from BB King to Justin Timberlake.”

“I’m so excited and honored to lead this year’s SuperJam,” Washington said in a press release. “Such a cool experience to collaborate with all of these amazing artists in celebration of some of the greatest music legends from Tennessee, at one of the coolest festivals in the country – it’s going to be a crazy party!” 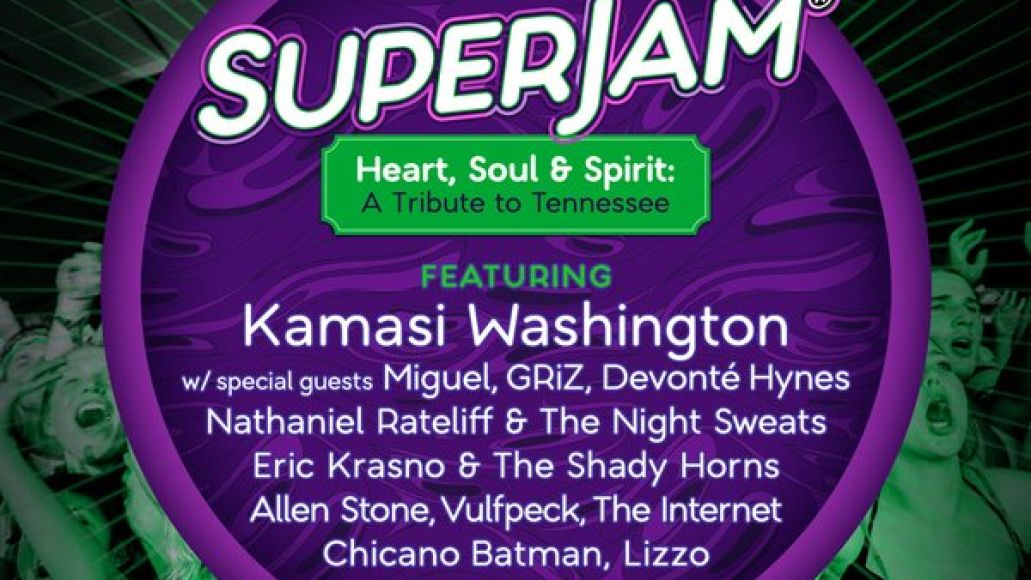