Have you heard of Con Brio? You should.

The most exciting act to come out of last year’s Austin City Limits Festival was without a doubt San Francisco’s soul squeezing septet. Led by frontman Ziek McCarter, and fueled by the “Hallelujah Horns” of Marcus Stephens and Brendan Liu, the shimmy shaking outfit conquered the Tito’s tent early Friday afternoon. The entire weekend was ahead of us, but their unique blend of cheery funk and soulful R&B set a watermark that no other act could touch.

Although they’ve been around since 2013 — and dropped their sizzling Kiss the Sun EP last year — they’ve yet to release an official full-length debut. Come July 15th, they’ll do just that when they open the doors to Paradise. Produced by Mario Caldato Jr. (Beastie Boys, Beck, Seu Jorge), the 12-track album is “a declaration of independence you can dance to; an assertion of what can happen when the human spirit is truly free,” as the press release notes.

The album’s title comes “one of the most spiritual moments of my life,” McCarter notes, referring to a vivid dream he had involving his father, an Army veteran who died at the hands of the East Texas police in 2011. In the dream, his father had one specific message for his son — an invitation, in fact: “Come with me to paradise.” That inspiration is all over the album, especially first single “Free & Brave”, a riotous four-and-a-half minute meditation on hope.

“‘Free & Brave’ is in part a response to the Black Lives Matter movement, but it was also created to serve as a reminder — to myself and to whoever finds joy in that song — that there is a light there. We don’t have to get bogged down, we don’t have to feel helpless,” says McCarter. “We might not see it on a daily basis, but we are still ‘the land of the free and home of the brave’…I still take pride in that, in what pieces of joy and happiness we can create here with our actions.”

Stream the track below and consult the full tracklist and album artwork shortly after. If you’re hooked, you can catch Con Brio at Bonnaroo, Lollapalooza, Outside Lands, Montreal Jazz Fest, and more. Tour dates also down ‘nyah. 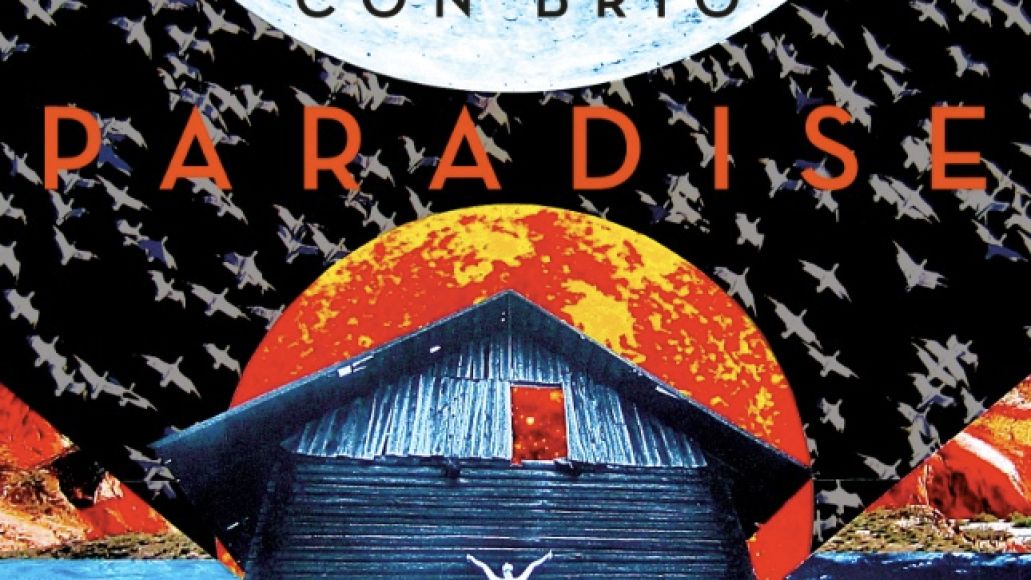