Stream it above; there’s also an interactive lyric video fans can play around with here.

In support of Anonymous Nobody, De La Soul will be touring for the next few weeks, including festival dates at Governors Ball in New York and the UK’s Parklife Weekender. Find their full schedule here.

And the Anonymous Nobody… Artwork: 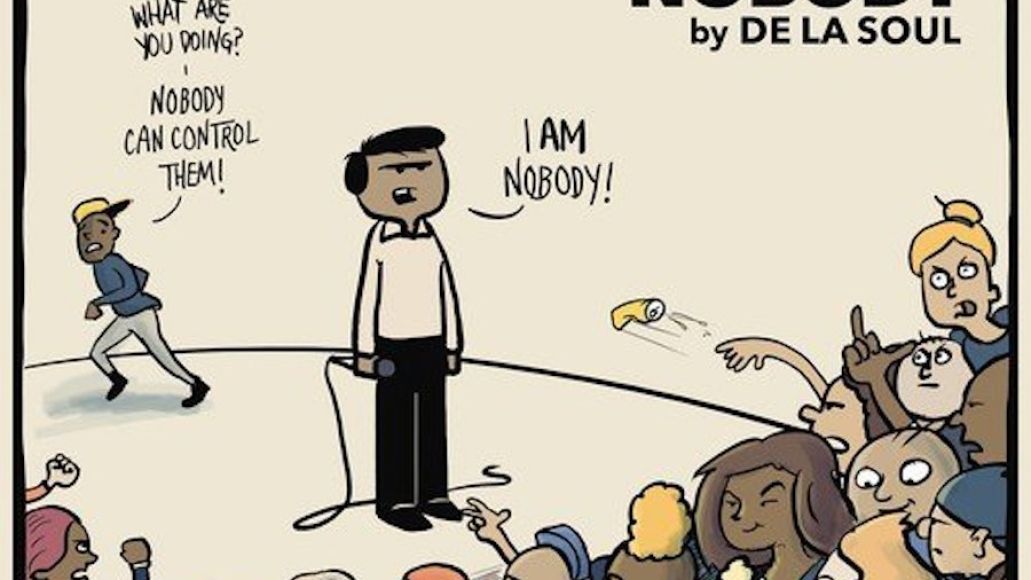