Today marks the 25th anniversary of De La Soul Is Dead, the sophomore LP from De La Soul. To celebrate the occasion, the iconic outfit has opened the vault to share “Sho Nuff”, a previously unreleased track that dates back to the 1991 album’s recording sessions. Produced by the group’s own Posdnous, it revisits the signature hip-hop sound that ruled New York’s streets in the ’90s.

Additionally, De La Soul have set up two physical memorials to De La Soul Is Dead, as Pitchfork points out. Both are located in the Big Apple: The first is at 298 Elizabeth Street, where the office of former manager Russell Simmons was located; the second is at 37th Street and 8th Avenue, which is where they recorded the album at the now-defunct Calliope Recording Studios. The group has also launched a new tributary website, where fans can sign their names digitally and stream the LP in full.

“This album brings back so many good memories for us, we hope these songs provided a good soundtrack for your life as well,” De La Soul write on the site. “Show your appreciation and support the life of the culture and its classic albums.”

Here’s a picture of one of the memorials: 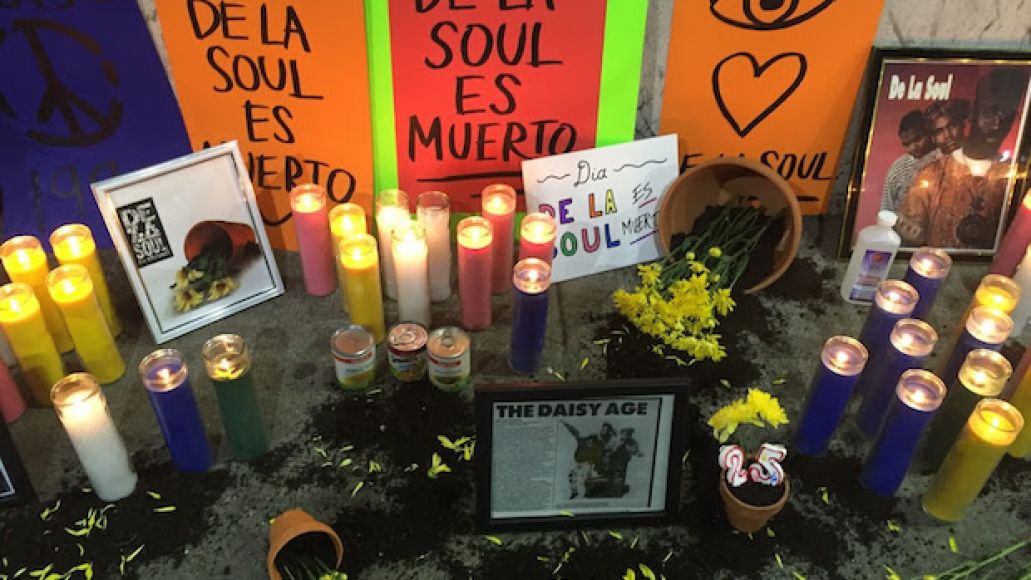