For years, pedophilia and sexual assault of minors has been a substantial issue circling around Hollywood. This week, the topic returned to the forefront through unlikely circumstances.

Elijah Wood, a former child star himself, was being interviewed by the Sunday Times, a widely circulated UK newspaper, about his upcoming film The Trust. During the interview, the subject of Jimmy Savile came up; Savile was a famous British DJ and public personality who, after his death in 2011, had years of pedophilia and rape accusations investigated, with the ultimate revelation that he had assaulted as many as 400 boys and girls over several decades.

In the interview, Wood remarked that growing up with Savile must have been awful for British audiences, and then followed with this thought: “Clearly something major was going on in Hollywood. It was all organized. There are a lot of vipers in this industry, people who only have their own interests in mind.” He added, “There is darkness in the underbelly. If you can imagine it, it’s probably happened.” (Note: The Sunday Times interview itself is unable to be read online without a subscription.) 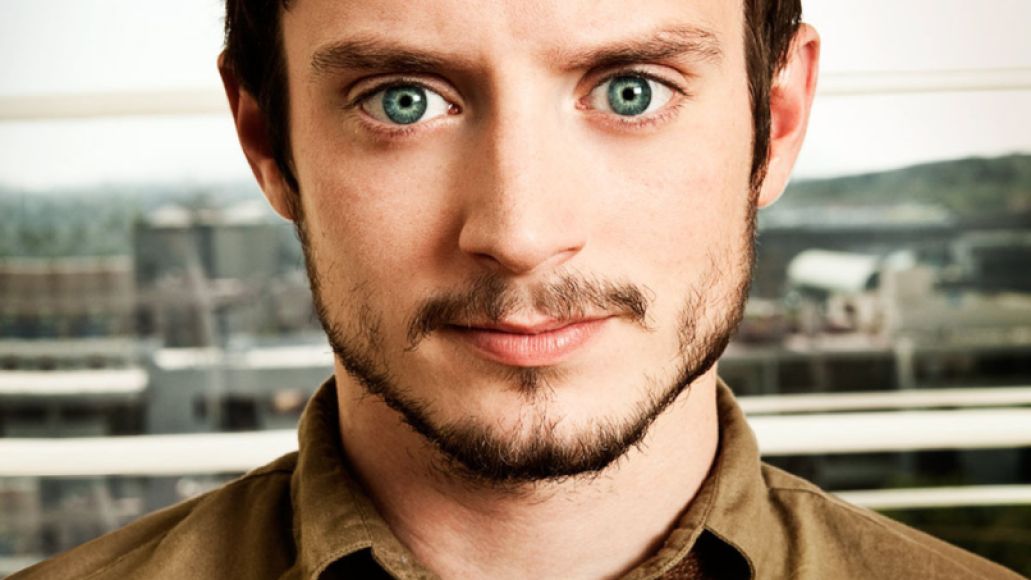 However, Wood maintained that his statements were misrepresented; the source interview, ostensibly about Wood’s upcoming film, was run with the title “Hollywood’s Evil Secret” and focuses on his remarks about the industry instead.

Wood clarified his statements to The Hollywood Reporter, saying, “The Sunday Times interviewed me about my latest film, but the story became about something else entirely. It prompted a number of false and misleading headlines. I had just seen a powerful documentary and I briefly spoke with the reporter about the subject, which had consequences I did not intend or expect. Lesson learned.”

He went on, “Let me be clear: This subject of child abuse is an important one that should be discussed and properly investigated. But as I made absolutely clear to the writer, I have no firsthand experience or observation of the topic, so I cannot speak with any authority beyond articles I have read and films I have seen.”

The documentary that Wood references is An Open Secret. Amy Berg’s film was rolled out in a very limited release last year, and was the subject of controversy surrounding a number of legal and technical hurdles involved with its production and completion. The film touches on the long history of pedophilia allegations in the American film industry, specifically around the Digital Entertainment Network (DEN), a now-bankrupt production company infamously abandoned by its co-founders, who the film alleges threw parties for underage would-be actors and offered them drugs before they were involved in various sexual assaults.

In the wake of this, the larger issue of prevalent child molestation and assault has returned to the mainstream conversation. Corey Feldman, who has long fought for the restructuring of laws that often protect figures in power who prey on children, discussed Wood’s comments and the Hollywood culture that he sees as emboldening child predators with The Hollywood Reporter earlier this week. 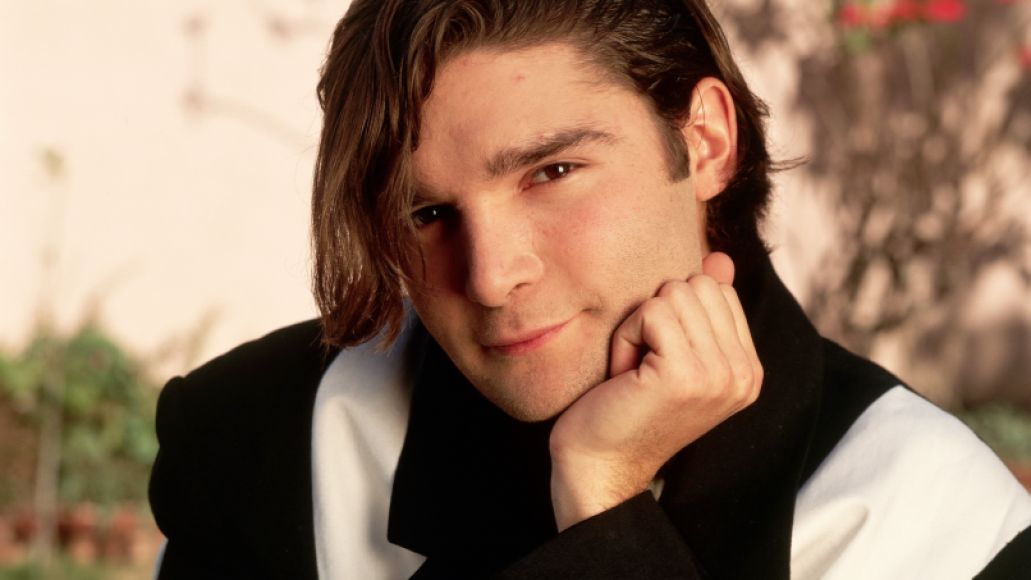 Feldman touched on his friend Corey Haim, who died at age 38 after a troubled life heavily related to childhood assault. “[Haim] had more direct abuse than I did,” he said. “With me, there were some molestations, and it did come from several hands, so to speak, but with Corey, his was direct rape, whereas mine was not actual rape. And his also occurred when he was 11. My son is 11 now, and I can’t even begin to fathom the idea of something like that happening to him. It would destroy his whole being. As I look at my son, a sweet, innocent, 11-year-old boy and then try to put him in Corey Haim’s shoes, I go, ‘Oh my God — well of course he was erratic and not well-behaved on sets and things like that.’ What more could we expect of him really?”

When asked if Feldman knows who was responsible, he replied, “I know every single person that interfered with his life and he knew every person that interfered with mine.” To the point of whether any of the men involved are still active in the industry, Feldman stated that “One of them is. He’s still prominently in the business today… We’ve run into each other many times but no, I’ve never confronted him.”

Feldman went on to describe the parties that were allegedly used as recruiting grounds of a kind. “They would throw these parties where you’d walk in and it would be mostly kids and there would be a handful of adult men. They would also be at the film awards and children’s charity functions… The range was usually 10 to 16. The lure for kids is that they work in [an] adult world. All of their friends become adults and they very rarely get to interact with other kids, especially because they don’t go to school.” 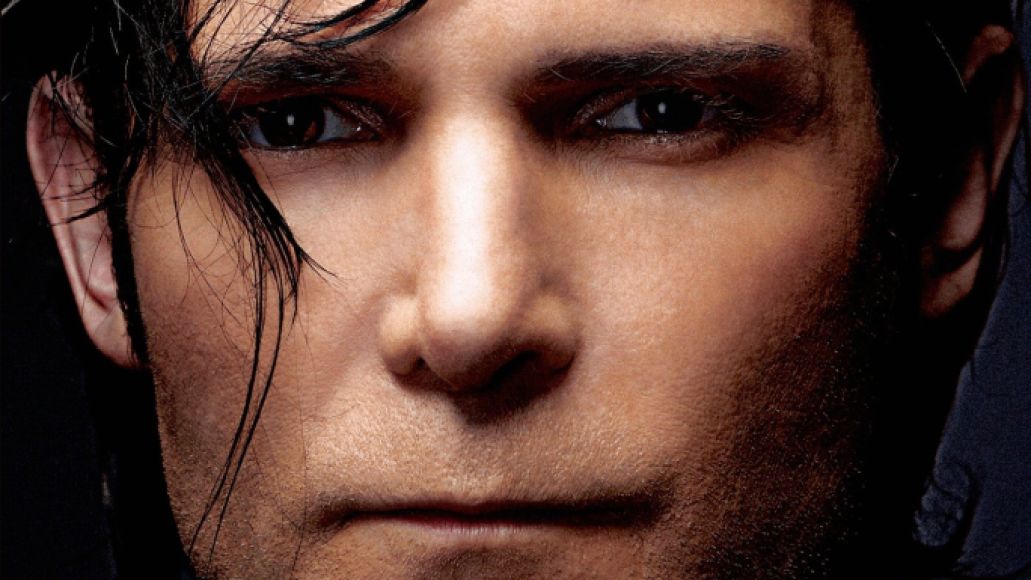 He saw them less as places where assaults would take place, per se, and more as a breeding ground. “That’s the networking, and that’s when you become pals with them and you get their phone numbers and you get their mom’s phone numbers and the next thing you know they talk to the moms and say, ‘Hey, I want to take Corey out to an event. This would be great for him. Let me pick him up and take him.’ And they turn that power over right away to the publicists or the photographers.”

Feldman previously broached the subject in his 2013 autobiography, Coreyography, and his primary intention in revisiting the affairs now is that the statute of limitations laws still allows for such behavior to continue, basically unabated. “I’m not able to name names… I’d love to be the first to do it. But unfortunately California conveniently enough has a statute of limitations that prevents that from happening. Because if I were to go and mention anybody’s name I would be the one that would be in legal problems and I’m the one that would be sued.”

More than anything, Feldman maintained that this is neither a new problem nor one with any prospects of ending anytime soon. “It’s more [prevalent] now than ever because nowadays you can use the Internet to create fake profiles and fake accounts. They reach out to little kids on Twitter, they reach out to little kids on Facebook, and they say, ‘I’m a big producer and I can help you.’ With social media we have more access than ever to everybody. It’s a growing problem, not a shrinking problem.”