In less than a month, the 2016 edition of Glastonbury will take place on Worthy Farm in Pilton, England.

Along with the complete lineup, organizers also revealed the stage and set times. Considering there are over 20 stages, it’s a lot to chew on. 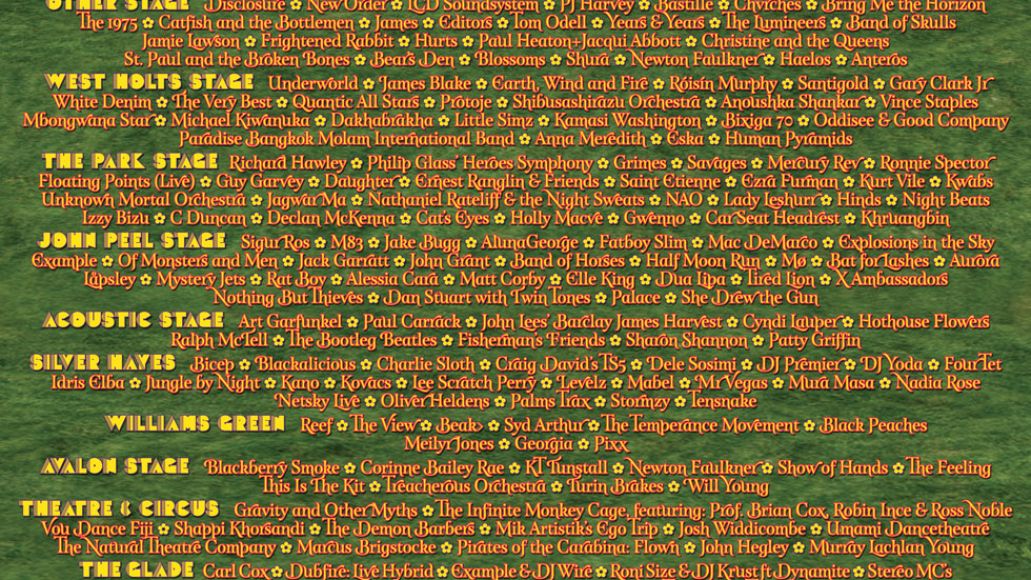