The man in black fled across Cape Town, and Idris Elba followed. Director Nikolaj Arcel’s adaptation of Stephen King’s The Dark Tower is currently in production in South Africa, and Daily Mail has the first look at Elba as the series’ hero, Roland “The Gunslinger” Deschain.

The images below were snapped between takes, so ignore the anachronistic cell phone in the Luther star’s hands. Besides that, though, Elba looks ready to scale the Tower in his double-holstered, bullet-strapped, black duster getup. Check out the images below.

The first in a planned multi-picture, multi-medium franchise, The Dark Tower was adapted by Akiva Goldsman and Jeff Pinkner, who also serve as producers. The film also stars Matthew McConaughey as the antagonist Walter Padick/The Man in Black/Randall Flagg and Mad Max: Fury Road actress Abbey Lee in the role of Tirana. Sony is set to release the movie on February 17th, 2017.

For more details, check out our story from back in March when Idris and McConaughey officially signed on. 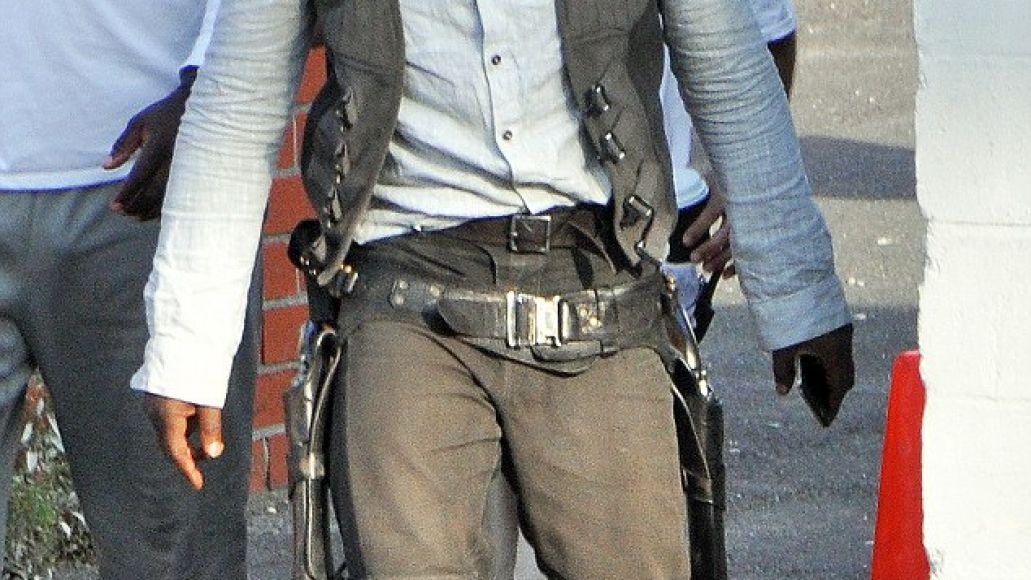 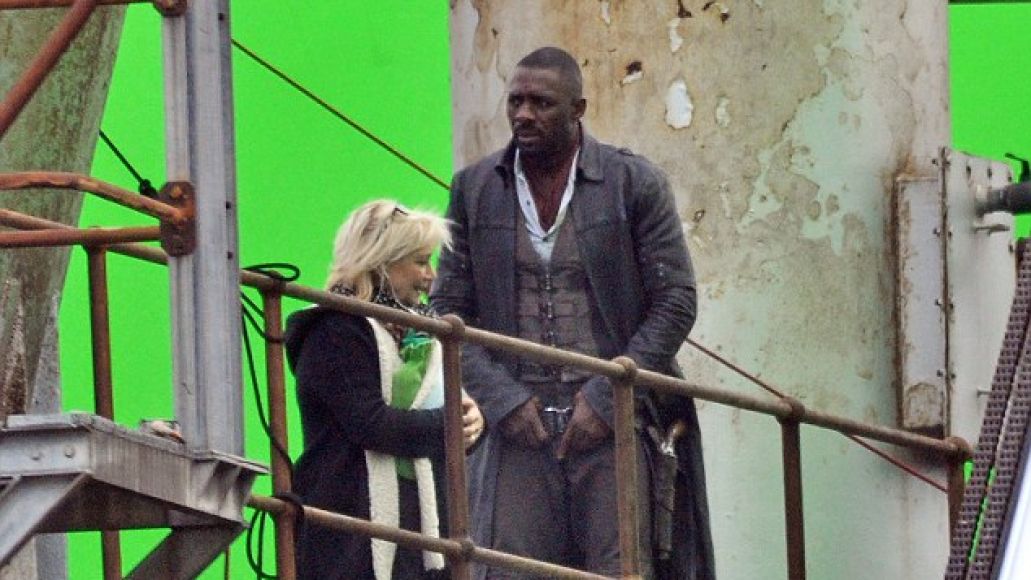 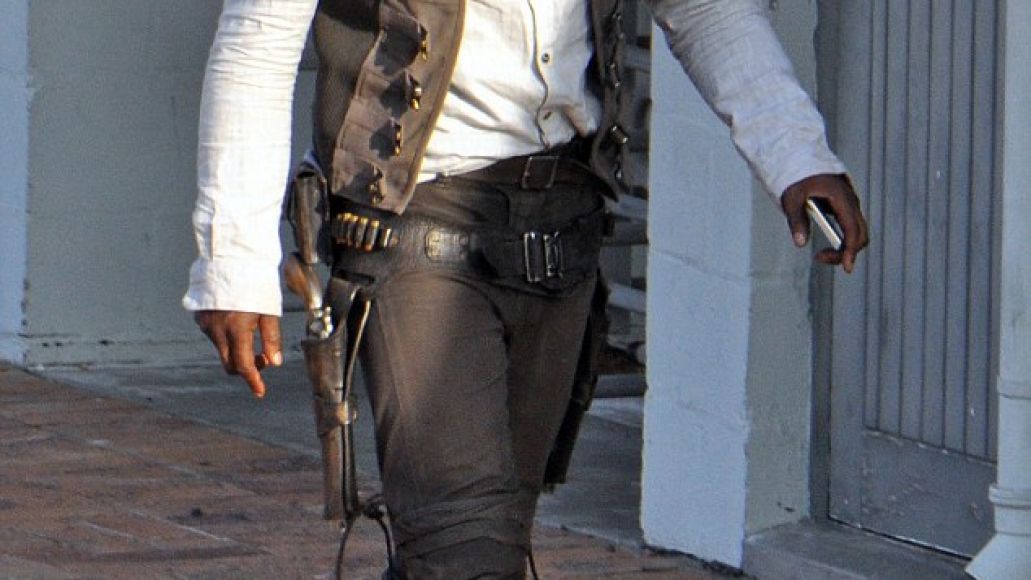 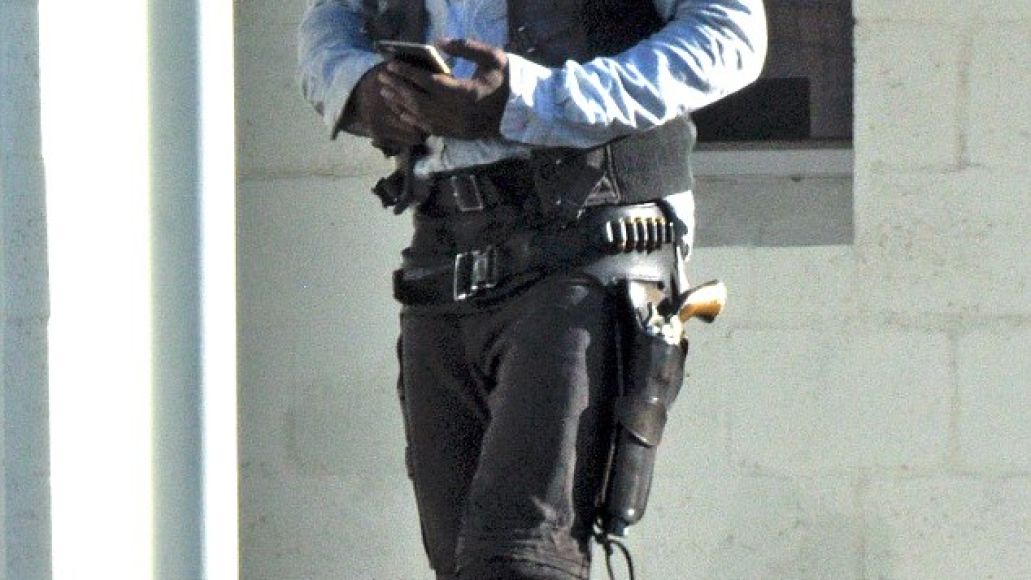