Director John Carpenter is about to hit the road.

In a few weeks, The Horror Master will perform at this year’s best festival, Barcelona’s Primavera Sound, an appearance he’s surrounded with a handful of European dates. Shortly after, he’ll travel stateside to scare us all. The good news? He’ll arrive with a couple tricks and treats up his sleeve.

Sacred Bones will issue the two singles, which are broken down as follows: Halloween b/w Escape From New York and Assault on Precinct 13 b/w The Fog. Each double A-sided 12′ will be available in deluxe limited edition mylar mirrorboard sleeves as well as picture discs. Check out the snazzy covers: 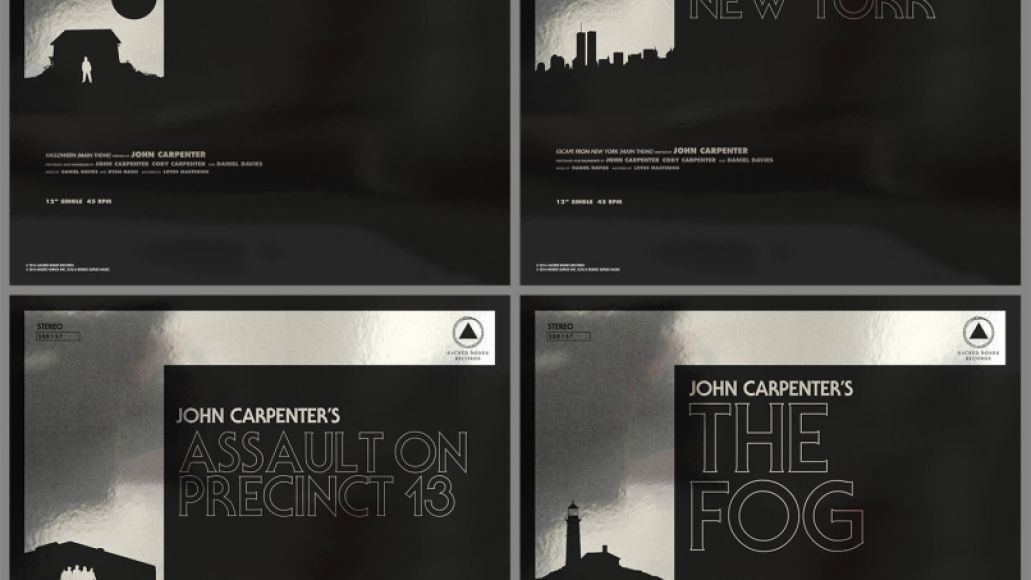 Those able to attend his live performances will be pleased to know these singles will be available for sale as special blue and red vinyl editions. However, if something wicked isn’t coming your way, you can pre-order the regular editions via Sacred Bones here and here. They’ll be available June 17th.

In anticipation, Carpenter and his band have issued a new video for “Escape From New York”. Not only does it show you how tight the sextet is but also gives you a sneak peek at how the live show will go down. Check it out above and consult the man’s many, many tour dates below.