Back in 2006 when Peter Silberman released his first album, Uprooted, The Antlers had yet to become a trio. He was used to being alone. He was used to bare-bones songs. He was used to the solitude that comes with that. The Antlers was an outlet for him to twist words into music about the ways in which messy love and mental illness break humans, and at 20 years old, he did so with remarkable finesse. Silberman was a sad boy writing sad songs — and thousands of people would soon turn to them for comfort.

Just like that, he dug himself a hole in an already cramped confinement. When you become a source of melancholy, listeners form a type of connection not too distant from addition. That strange bond comes hand in hand with an affinity for dark music, like a wounded pet who keeps returning to its owner, looking for solace in a place where the only thing logged is pain. So once a band writes a series of troubled songs, they become pigeonholed, pressured by fans and critics alike to continue detailing a universal feeling that comforts as much as it stings. But what happens when you’re not sad anymore? What occurs when the inevitable happens: you grow up?

At 30 years old, that’s where Silberman found himself at Trans-Pecos this past Saturday night. Following a rousing experimental jazz set from opener Dave Harrington, the hole-in-the-wall Brooklyn spot buzzed with mumbled conversations, its white walls easily mistaken for a dark gray thanks to lighting so dim that even those with impeccable eyesight couldn’t pick out friends’ faces across the room. As Silberman slinked onstage to soundcheck, the crowd drew quiet. If it weren’t for the green light pointed at his face, his cheeks would’ve been flushed, his eyes darting downwards before telling people to continue talking. This was a frontman whose core attributes had shifted, and with that came a lack of expected confidence. 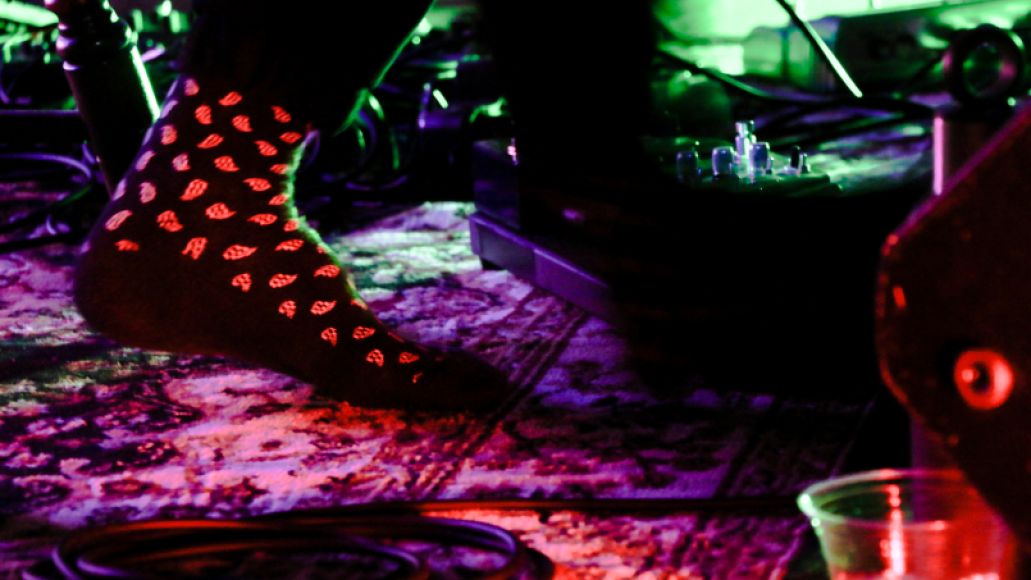 Of course he was nervous. This was Silberman’s first solo show since 2009 — though he said that one “barely counted,” that the real last solo show was in 2007. A room full of eyes watching your every move doubles in pressure when there’s no one else onstage to catch their attention, even when the majority of those people are your friends. This was a bedroom set mistakenly taking place outside of his bedroom.

“These songs were written with some very good friends,” he told the crowd once ready to begin. “We finished the record, but it’s not coming out for a while.” He wiggled his shoe-less feet, a pair of patterned blue socks stretched over them instead. A slew of new songs followed — most of which were directed at an ambiguous close friend or ex-lover — that saw him plucking notes on electric guitar with gentleness, occasionally strumming chords timidly. Silberman never spits his lyrics. There’s no venom or remorse despite the bitterness, desperation, and fatigue rooted in the lines. The endings of words remain rounded, each “s” or “ch” coming out of his mouth as if caught in a bubble. One ballad of anxiety was followed by another about New York, where lines about confined emotions (“I learned to stand in back behind the crowd”) mirrored those in the number that followed (“I listen for your silence but god there’s so much noise/ I found you, you’re partially destroyed”), which glued a brief cover of Elvis’ “Can’t Help Falling in Love” onto its outro.

As Silberman launched into a stripped-down version of “Bear” from Hospice and an even quieter rendition of Burst Apart’s “Corsicana”, he began to mellow out. “This one I always come back to,” he said, a small grin appearing on his face as if scoffing at himself. “It’s one of the few songs that’s endured for me since I was a teenager that I still like. I think it’s because while I tend to take a kind of long time to say something, this one gets right to the point.” A cover of The Flaming Lips’ “Feeling Yourself Disintegrate” poured out of him. Silberman delivered each line as if he’d sung it daily on the school bus home. There was a sense of ownership over the song paired with the feeling he was singing it to someone standing tall in his memory, each line spoken with equal parts regret and fondness. 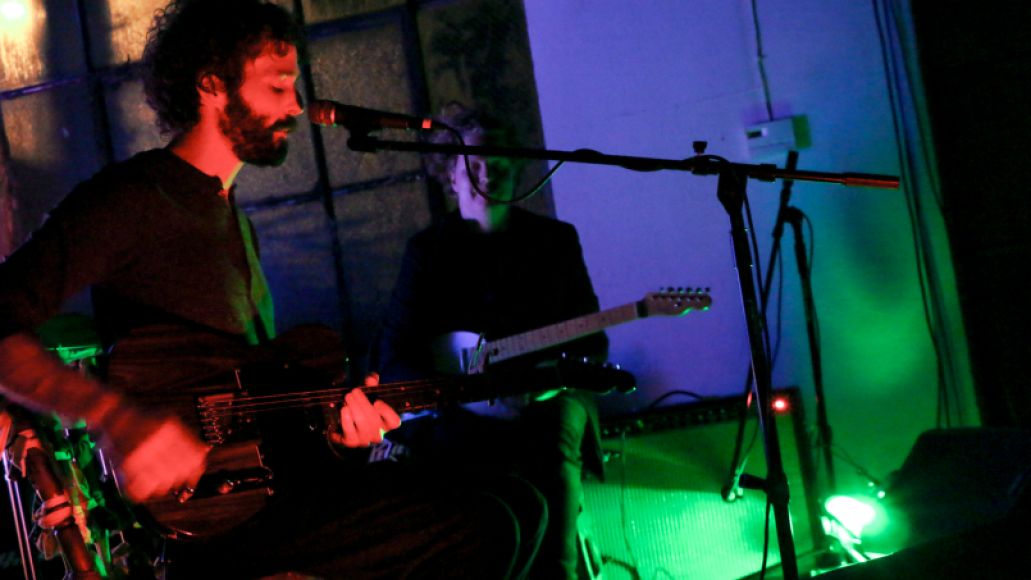 This was him as a human who connects to music, not him as a musician who makes music. Everyone recognized that. Maybe it’s because a sizeable portion of the crowd could call Silberman a friend, maybe it’s because he’s retained respect from peers over the years, but no matter the reason, the whole room kept silent during each track. Most sat on stools, their elbows on table surfaces while locked in a gaze, as others crowded in the back of the room, stretching their necks to get a view. It was only during the encore that a few let out a cheerful gasp at the opening notes of “The Universe Is Going To Catch You”, snapping along to absent percussion.

“This is a very intense evening for yours truly. You gotta do it once and then it’s not scary anymore, but it was fucking scary for the first few minutes,” Silberman half-laughed, his voice slow and even. “So, thanks.” Here was a man more focused on growing up, the numbness of realizing time has passed washing over his words. Every song was the same tepid tempo, the same contemplative plucking, the same inner self pulling words from his tongue. There comes a point in life where melancholy loses its romanticism and life distances itself from constant shadows. As he brought Dave Harrington onstage to perform the evening’s final number — an untitled new song — on slide guitar, Silberman embodied that. The focus, as usual, was on the lyrics, but this time they finally felt a little less dampened — and Silberman’s taking just as long adjusting to that as his fans soon will. 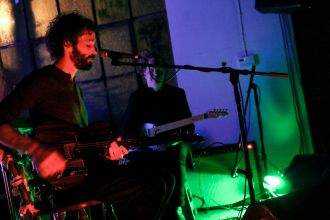