The LP, due out through ATO, features a handful of special guests, including Marissa Nadler, Jonathan Meiburg of Shearwater, and yMusic, the New York-based classic music ensemble that’s worked with the likes of St. Vincent and Sufjan Stevens. Recorded at a studio on Long Island, its nine tracks makes use of the same exact Neve 8068 console that appears on John Lennon’s Double Fantasy and Aja by Steely Dan.

(Read: Life is Ugly: Okkervil River’s Will Sheff on the 10th Anniversary of Black Sheep Boy)

“Away was written in a turbulent and transitional time for Will Sheff,” a press release notes. “Its swirling, psychedelic backdrop and band of avant-garde musicians represent a sharp change and a bright future for Okkervil River. It’s an epic, introspective masterpiece that proves it sometimes pays off to burn down the farm and start anew.”

In a statement (via Pitchfork), Sheff detailed how the LP came together:

“2013-2015 had been a strange time for me. I lost some connections in a music industry that was visibly falling apart. Some members of the backing band left, moving on to family life or to their own projects. I spent a good deal of time in hospice sitting with my grandfather, who was my idol, while he died. I felt like I didn’t know where I belonged. When there was trouble at home, a friend offered me her empty house in the Catskills where I could go and clear my head. New songs were coming fast up there, so I set myself the challenge of trying to write enough to make a whole record. I didn’t really think about what the record was going to be or if I’d even release it—the idea was just to write quickly and directly. Eventually, I realized I was kind of writing a death story for a part of my life that had, buried inside of it, a path I could follow that might let me go somewhere new.”

Our first look at Away comes courtesy of opening track “Okkervil River R.I.P.”, an intimate number that gently unfurls over the course of nearly seven minutes. Stream it below. 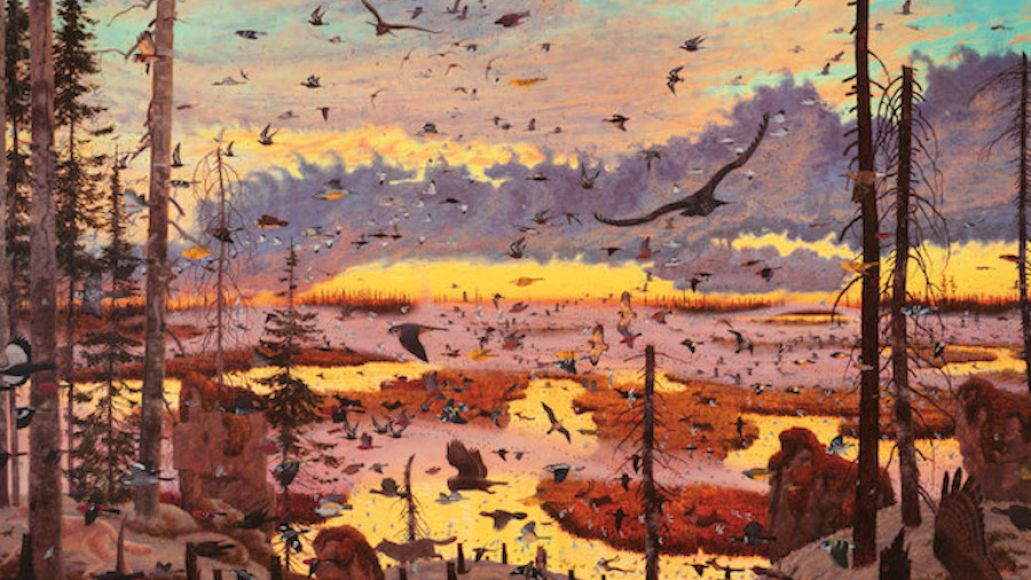