The wait for Radiohead’s ninth studio album is almost over. The as-yet-untitled LP will be released digitally on Sunday, May 8th at 7pm BST (2pm EST). A physical release is set for June 17th through XL Recordings.

In anticipation, the band has released a new single called “Daydreaming”, along with a music video helmed by Academy Award-nominated director Paul Thomas Anderson.

A gorgeously-helmed clip, it finds frontman Thom Yorke walking through a series of doors and passageways which lead him to various, seemingly unconnected destinations (hotel, hospital, laundromat, convenience store, forest, a family’s kitchen). It all culminates in a strange and strangely satisfying closing scene by a fire. Meanwhile, the song — a sparse, slow-moving, and poignant number led by piano — makes for a perfect soundtrack to the visual. “It’s too late, the damage is done,” Yorke can be heard mourning.

“Daydreaming” follows “Burn the Witch”, which was released earlier this week.

Along with today’s album announcement and new single, Radiohead have shared their a new press photo. Don’t they look nice! 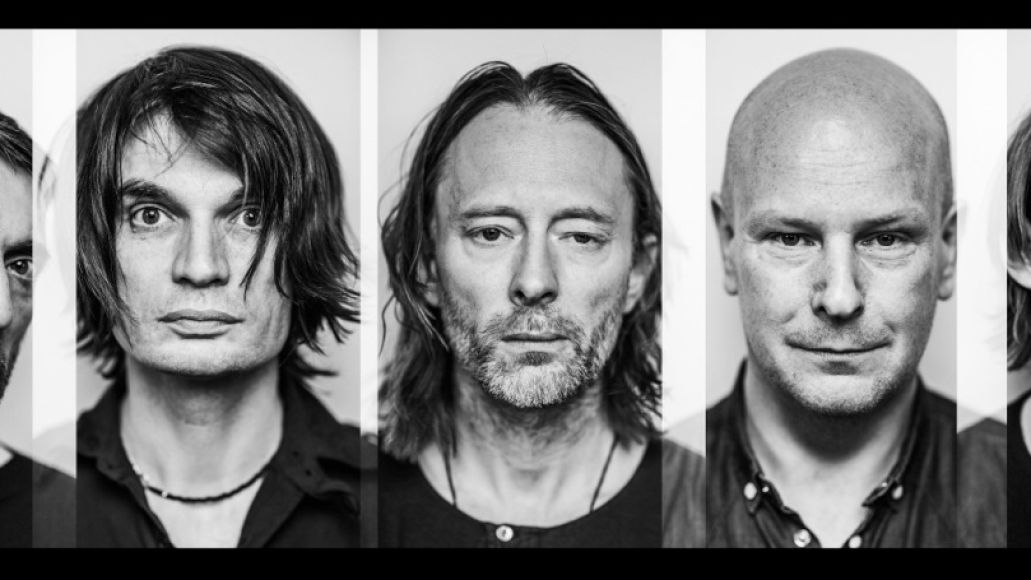