Disney and LucasFilm understandably do all they can to shroud any new Star Wars film in deep secrecy. But no matter what lengths a studio might go to in order to keep their projects under wraps, something’s always going to get out. Blockbusters like the Star Wars franchise tend to be spoiled via merchandising — anyone remember this? — and newly leaked images for an in-the-works visual guide book to the forthcoming Rogue One: A Star Wars Story are the latest culprit.

German site Jedi Bibliothek (via Games Radar) got their hands on some test pages for the book, which reveal fresh character details, weaponry, and a major potential cameo. Though much of the text of the mockups is cut-and-paste repeat paragraphs, there are a few interesting bits. Until now, for example, the only member of the rag-tag group of Rebels at the center of the story whose name we had was Felicity Jones’ Jyn Erso. Now, here’s everything we know:

— Jones’ Erso is described as a “highly skilled soldier and warrior.”

— Alan Tudyk plays the CGI character K-250, an “enforcer droid” that apparently defects from the Imperial Army to join the Rebels.

— Two other CGI-based characters are called Pao and Bistan, both aliens described as “fierce warriors.”

— On the Imperial side, it’s revealed that Ben Mendelssohn plays Director Krennic, Director of the Imperial Military, surrounded by Death Troopers and Stormtroopers.

Other pages from the book give advanced peeks at new ships on both sides. There’s the sleek and dangerous TIE Striker, which looks like your standard TIE Fighter without the bottom two wings; an Imperial tank; and the Rebel Starfighter U-Wing, something that looks like an A-wing split down the middle with the back half of an X-Wing for engines. We also get a look at the Death Star schematics, an Imperial Walker, and X-Wing fighters. The final page contains a tease of what could be a major — and long rumored — cameo from an iconic Star Wars villain.

Check out all the images below. Directed by Gareth Edwards, Rogue One: A Star Wars Story hits theaters on December 16th, 2016. 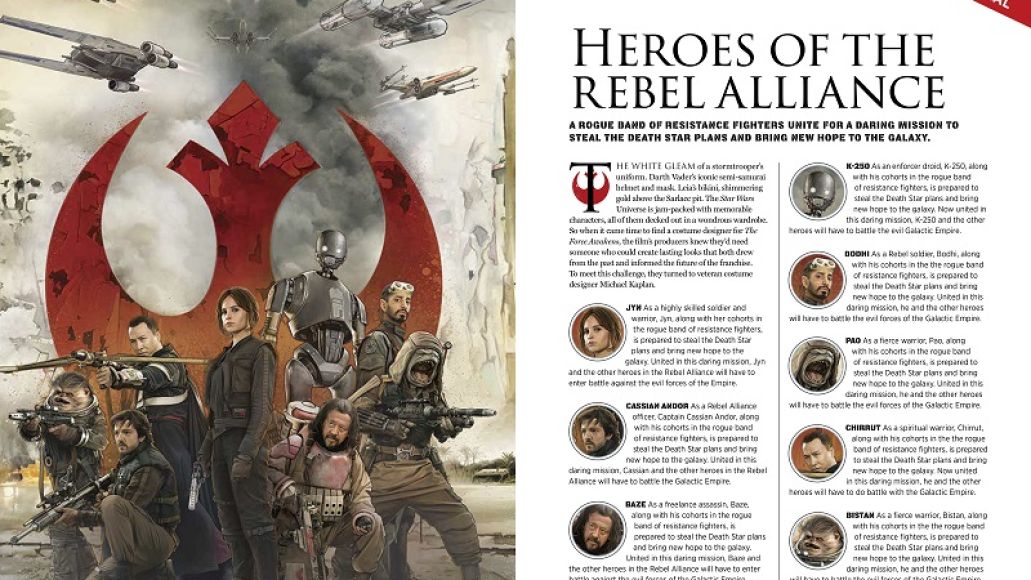 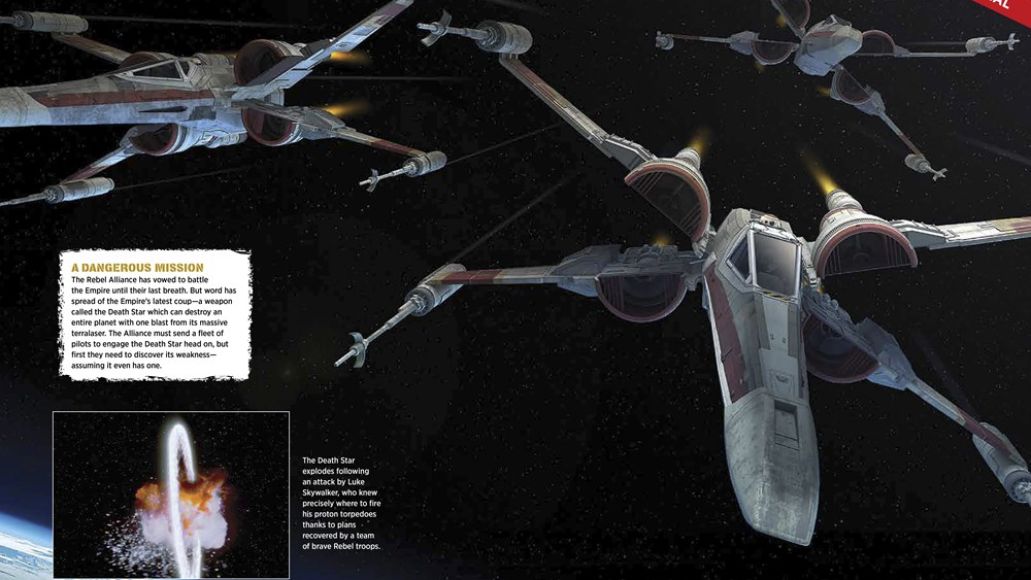 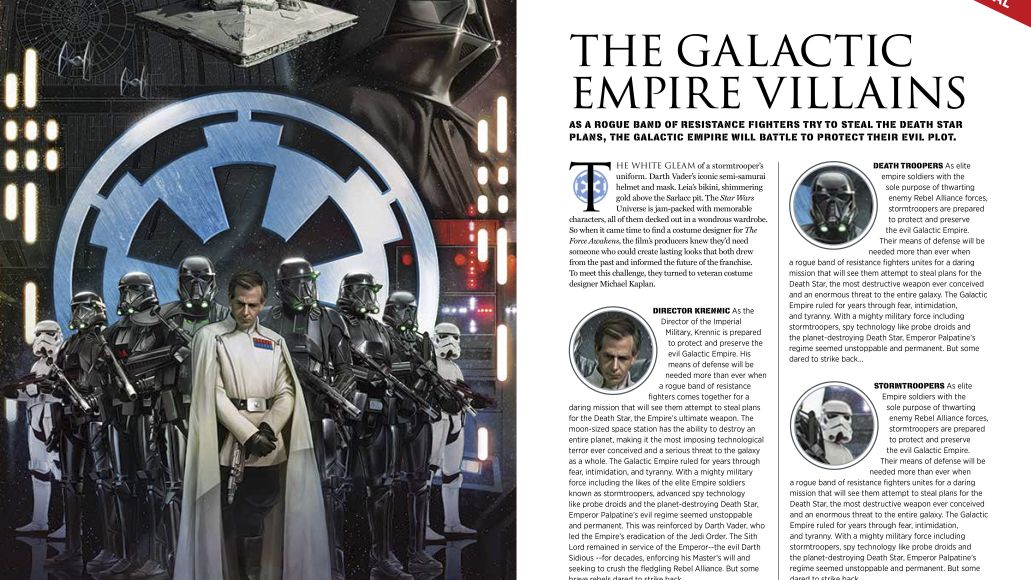 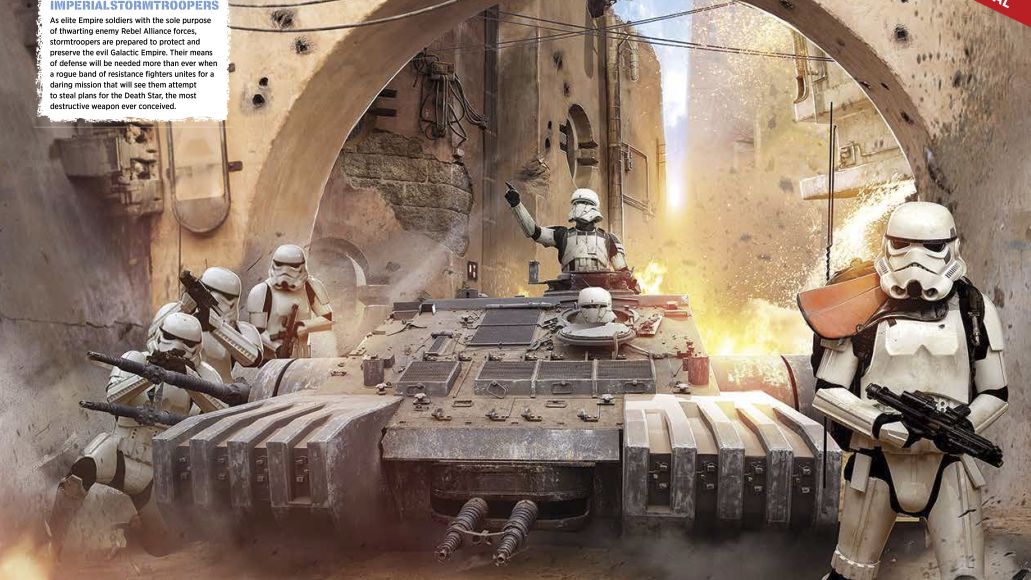 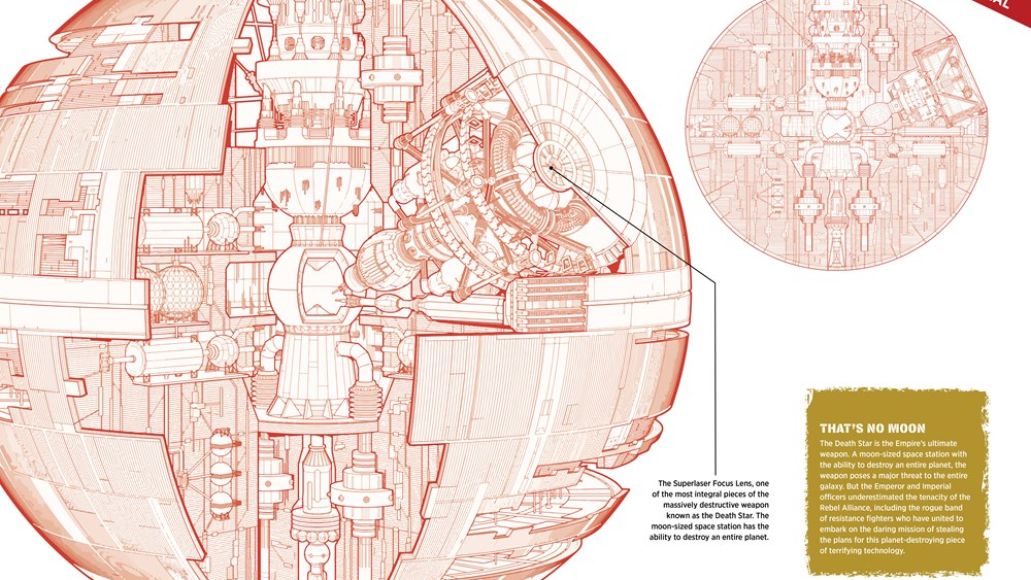 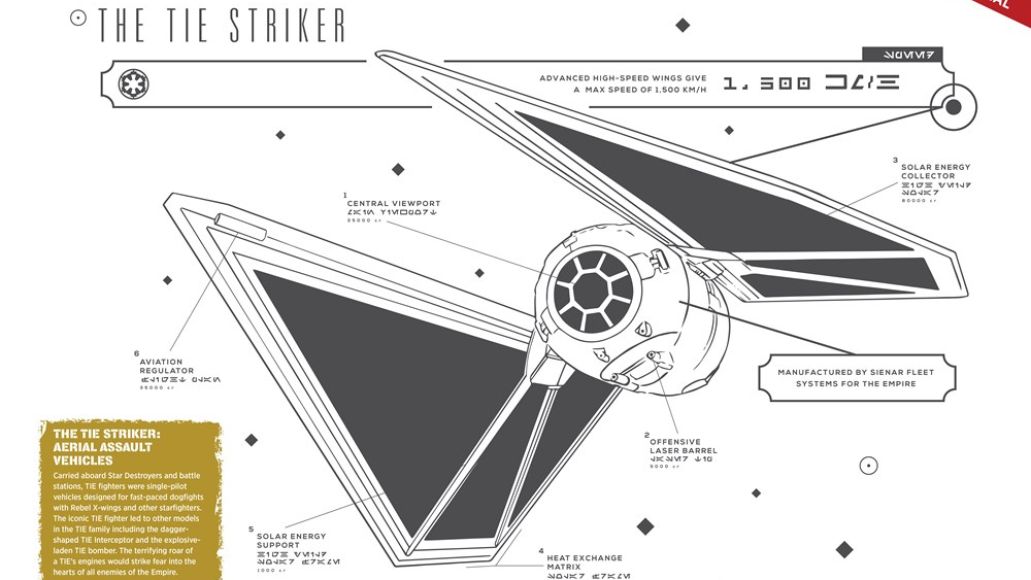 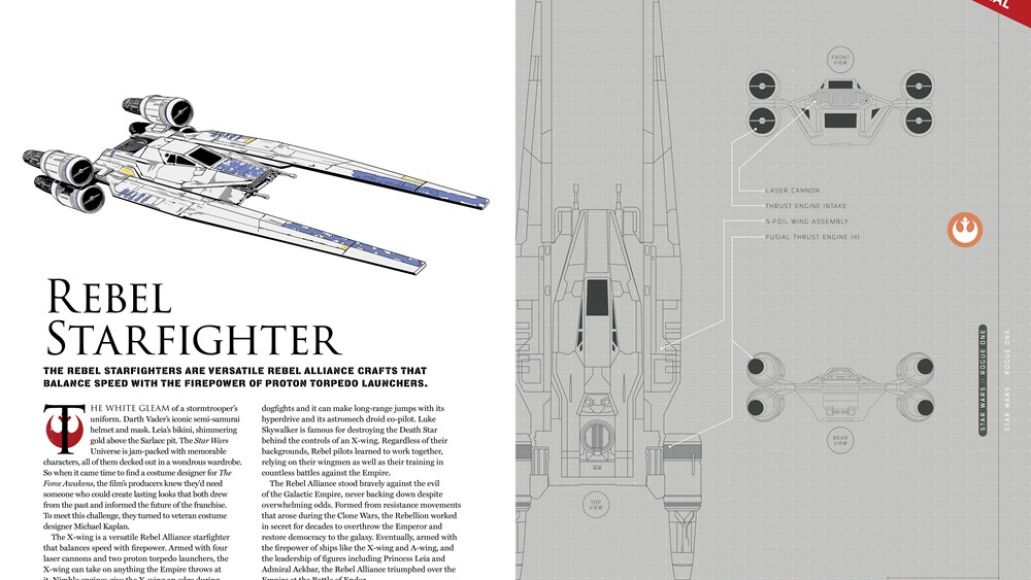 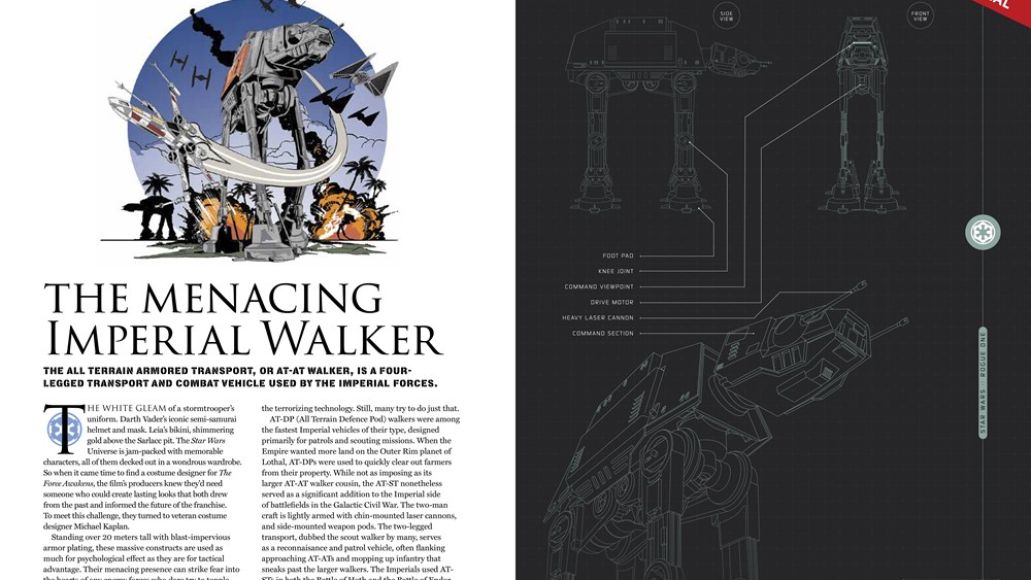 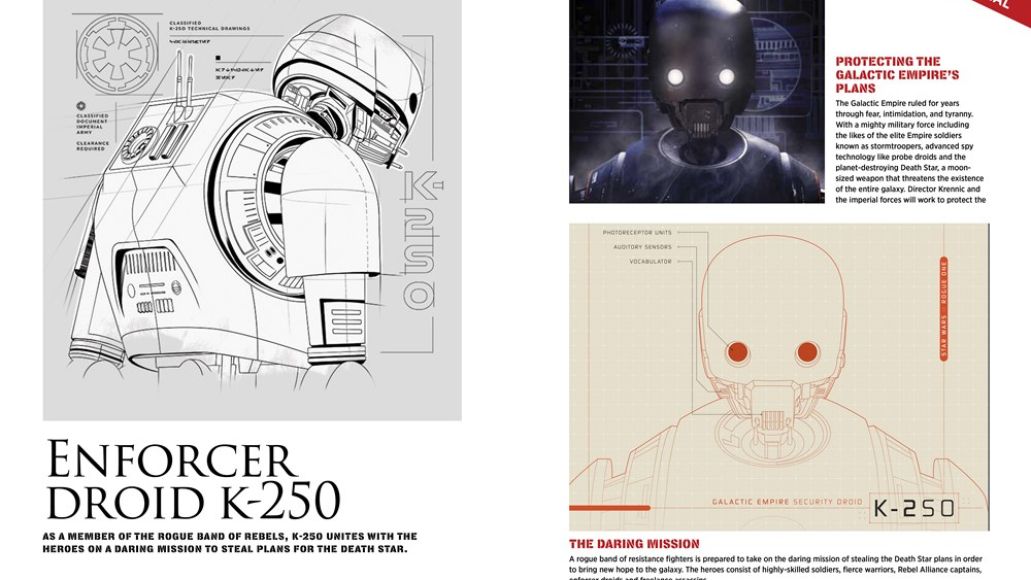 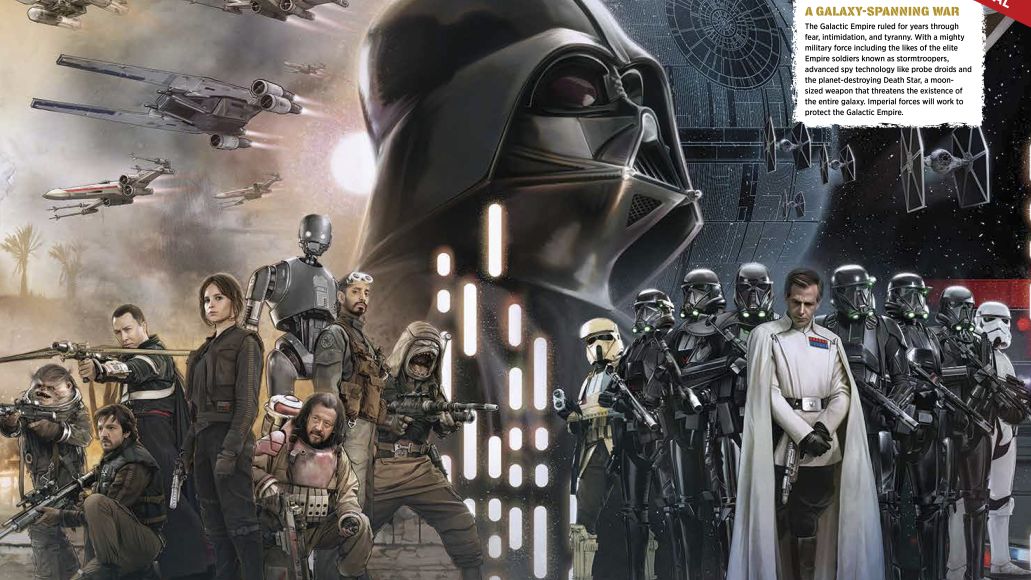