The central paradox of living in a big city is how lonely it can feel to interact with thousands of nameless, faceless people on a daily basis. Despite their moniker, Brooklyn’s Good Looking Friends sound like a band that spends most of their time among strangers. Their songs shiver with the anxiety that comes with never feeling quite at home, but they also sparkle with the promise that home is always just around the corner. Vocalist/guitarist Zach Fischer draws on the strange energy of his adopted city (Fischer and bassist Sean Nolan are both from Western Massachusetts) when composing the lyrics to songs like “Gritty Bed Stuy”, the opening track of Good Looking Friends’ new You Won’t Die EP.

Fischer describes the EP’s four tracks simply as “songs to think to,” and he’s right — the band’s balladic brand of indie rock would probably sound best blasted through a set of headphones on the long train ride home. Good Looking Friends are defined first and foremost by their lyrical complexity, and Fischer can’t help but talk about You Won’t Die in almost literary terms. In his mind, the band’s third EP is “a swirling and hypnotic melodrama about cancer, drunks, and time travelers, dynamically punctuating the sounds of anxiety, the deconstruction of logic.” If that description were on the back cover of a novel, you bet your ass we’d be first in line to read it. Instead, we have this EP, on which Fischer, Nolan, and drummer Adam Rossi do their damnedest to make themselves understood.

You Won’t Die is due out June 3rd via Read Write Record Collective. Stream the full EP below. 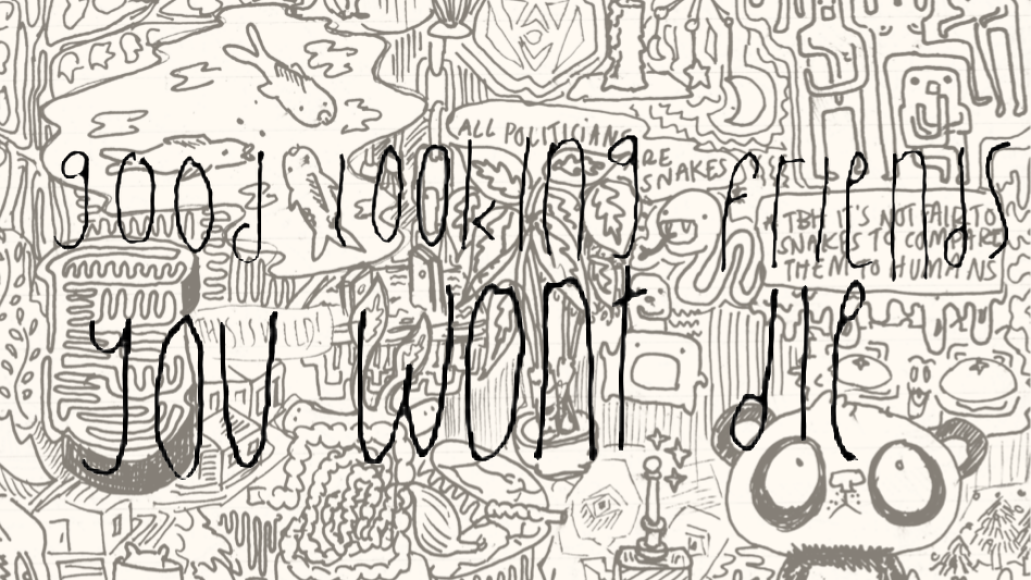