Supermoon’s music taps into the internal battle between eternal optimism and a pinch of pessimism. The band’s music, which is self-described as moody pop, sounds much like a soundtrack to an idyllic day spent indoors, with beachy instrumentals (best heard on singles “Witching Hour” and “Bottleships”) that sound like The Beach Boys on a bad girl bender. Soft and sugar-coated vocals often match the bubbly pop production, but in the blink of eye, by the end of most tracks the vocals are fighting against distortion and grungy guitar riffs. Vocal, as well as songwriting, duties are shared among the four members though the trade offs are unnoticed — Supermoon is a smooth operating, music making machine.

Multi-instrumentalist Alie Lynch tells Consequence of Sound, “Playland  is a real Ocean’s 11 scheme in that we each bring a bit of our own distinct thing to the group but all those things end up working really cohesively. Also it’s gonna make us rich. Just kidding, no one gets rich these days.”

Lynch is also deeply aware of the sonic seesaw that Supermoon’s listeners are on. She tells CoS, “Also, like Ocean’s 11, there’s some beguilement involved. Lots of it [PlaylandI] seems like it’s gonna be a few nice pop tunes but then next thing you know you’re hearing a weird bass breakdown or lyrics about how all romance is futile so you may as well pack it in and go home. We have some bright overtones with some dark undertones. Also, like Matt Damon’s character when he’s pretending to be on the Nevada Gaming Commission, we’re all pretty nervous.”

From the record’s entrancing opening track (“Night Division”) to its last (“Fast Fashion”), the entire listening experience is like being blissfully blindfolded. Unsure of where each song will go, Playland is an adventure for your ears. Hm, how appropriately titled.

Playland will be available tomorrow, May 20th from Mint Records. A double 7-inch can be purchased here. Until then, stream the entire album below.

Playland Tracklist:
01. Night Division
02. Witching Hour
03. If You Say So
04. Bottleships
05. Stories we Tell Ourselves about Ourselves
06. Unsaid
07. Secrets in a Small Town
08. Fast-Fashion 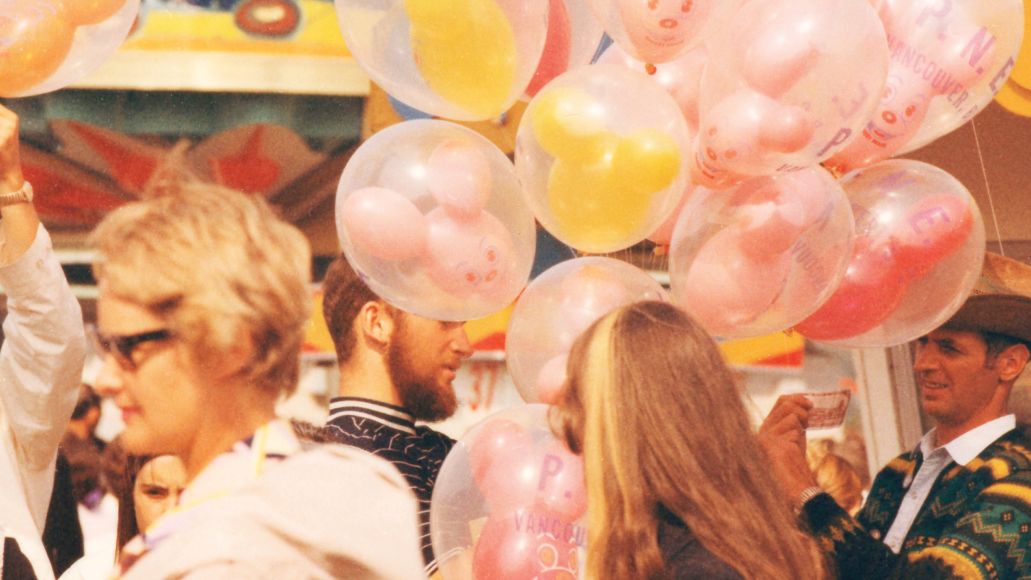