Whether you are still in school or in the work force, the connotation of summer never really changes. Sure, you get a three-month vacation when you are younger, but professionals still treat the warmest months as a time for play. That’s part of the reason so many great concerts happen during the season, with outdoor venues fully functional and music festivals commencing every weekend.

What’s so special about this year? Quite a lot, actually. From one-of-a-kind pairings (AC/DC with Axl Rose) to the return of absolute favorites (Radiohead, The Cure, PJ Harvey), this year is lining up to be a memorable one in terms of entertainment. Hopefully you haven’t slept on getting tickets to these 25 tours, which span everything from hip-hop and rock to comedy and country. Put on some sunscreen and stay cool. 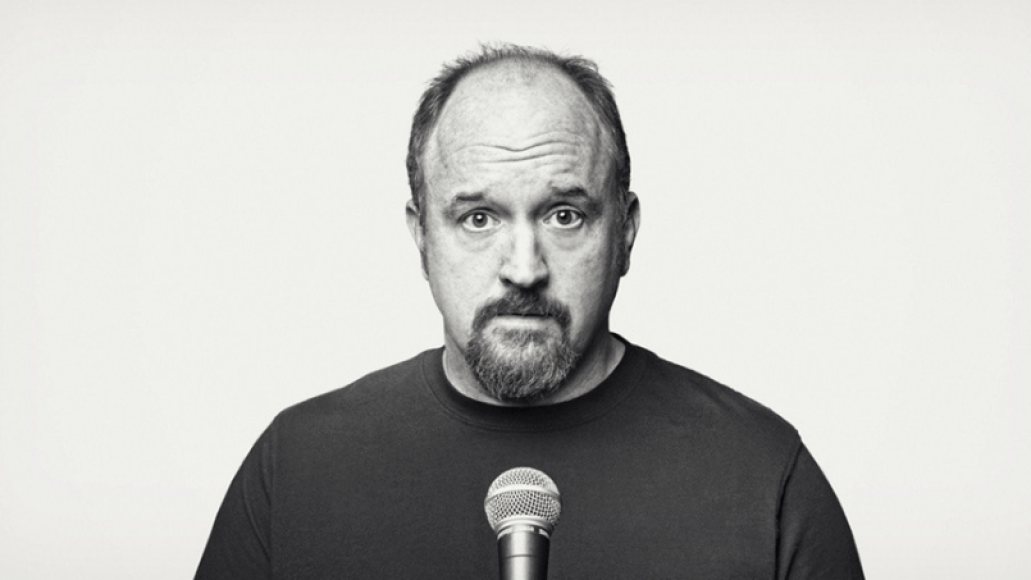 Louis C.K.’s recent web-only TV series, Horace and Pete, is a dark, dark, dark tragedy that was through-and-through a creative success, and while it had laughs of its own to offer, they were usually much less comfortable and frequent than those his stand-up demands. Nobody is accusing Louie’s act of being light (re-watch his Saturday Night Live opening monologue about child molesters to quickly debunk that theory), but regardless, he’s getting back out there and bringing an edgy set of fresh material on the road for a 20-city tour between May and September. Louie wrote in an email to fans that his act is all new and said, “I think I’m better at comedy right now than I’ve been for a while,” and on that front, he’s never given us a reason to doubt him. –Derrick Rossignol 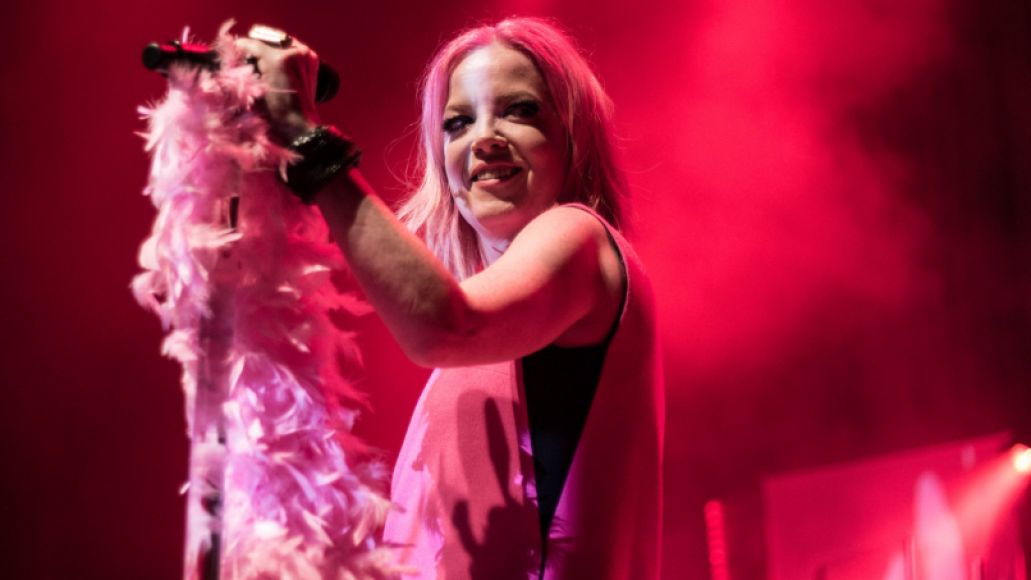 The Wisconsin-based, Scot-fronted rock act, with hits that include “Push It”, “Special”, and “I Think I’m Paranoid”, have the perk of being a throwback act that appeals to folks who grew up in the angsty 1990s when alternative was a lifestyle and nu-metal was considered a breakthrough. This means that the current wave of ’90s nostalgia constitutes perfect timing. Garbage could not pick a better year to tour, and if for no other reason, catch this to see Shirley Manson do what she does best: radiate pure cynicism and make you feel happy about it. –David Buchanan 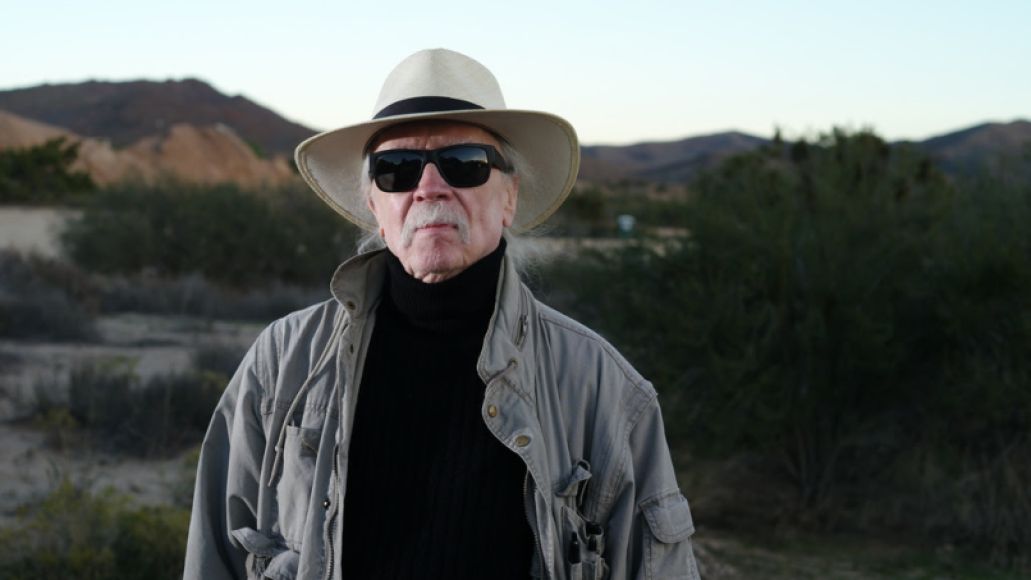 For over four decades, John Carpenter has dazzled film audiences with scores for iconic horror films (Halloween, The Thing), as well as pulse-pounding action flicks (Assault on Precinct 13, Escape from New York). Last year’s Lost Themes even inspired the CoS staff to dream up nine original films for the tracks. Now, the grandmaster of horror has returned with Lost Themes II and is touring theaters throughout the US. For these gigs, he’ll be backed by a six-piece band (including his son Cody on synths). The shows are billed as “live retrospectives,” and Carpenter estimates a 75-25 split between his classic movies and original compositions – perfect for letting your imagination run wild. “I’ve never played live music on this scale,” the filmmaker admitted in a CoS interview. “There aren’t a lot of things that scare John Carpenter, but that is one of them.” –Killian Young 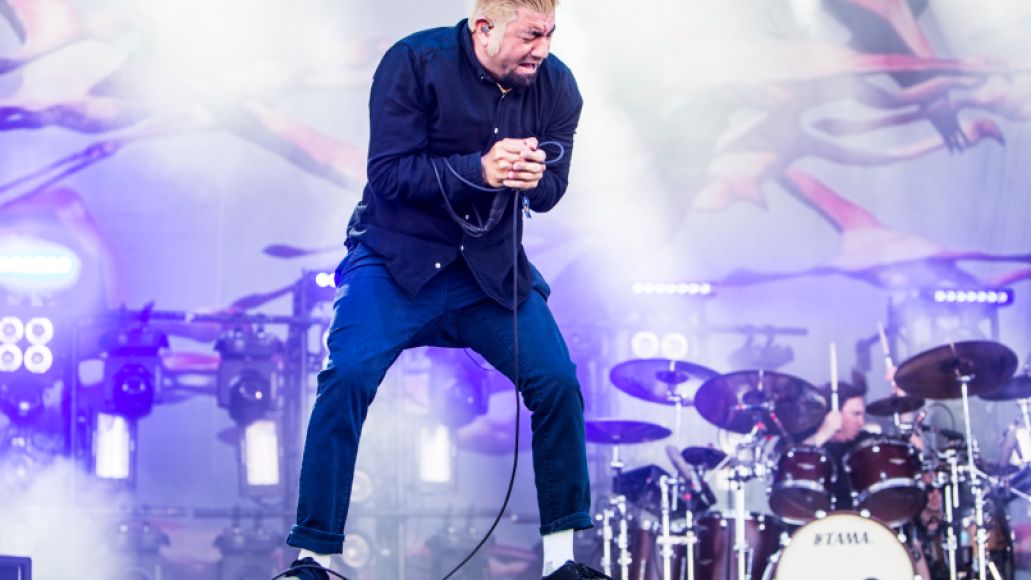 Last summer’s most anticipated tours list had a few notable kings: Refused’s first time back since Coachella! Deftones with Incubus and Death from Above 1979! This year we get to combine those two: Refused open for Deftones fresh off their slick new record, Gore, playing some of the largest venues they can play: casinos! Coney Island! Outdoor amphitheaters! Knowing both bands mix electronic sounds with thrashing rock guitars, maybe they’ll end up throwing each other a bone and coming out during each other’s sets. One can dream, right? –Dan Bogosian 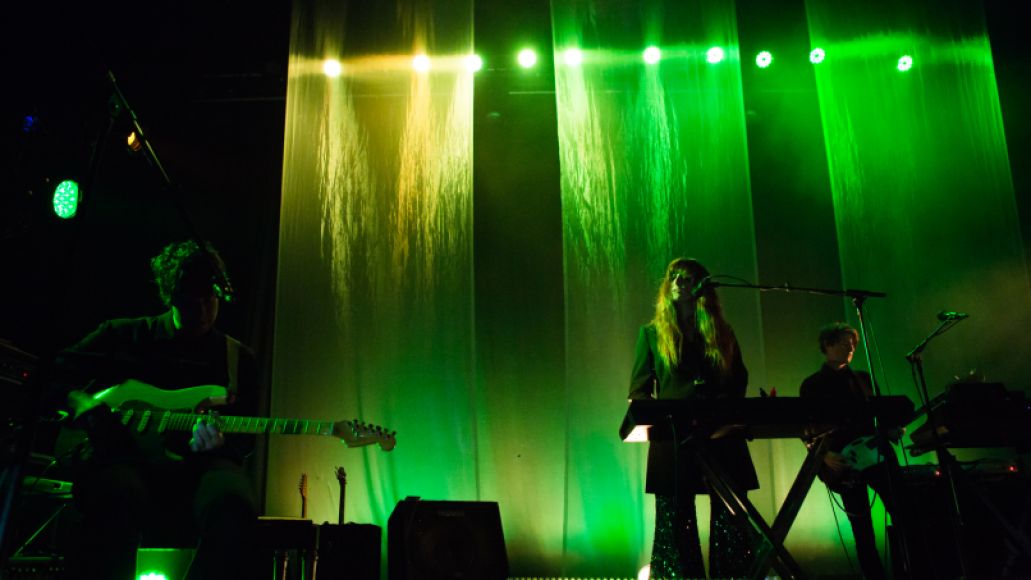 Beach House’s Victoria Legrand and Alex Scally are no strangers to tour life. Releasing an album about every two years (or two albums in one year), the dream pop aficionados frequently find themselves on the road. This year, though, they came with a secret weapon. To keep themselves from losing creative steam, the Baltimore rockers have been traveling with a fiber optic installation, which only accommodates about 200 people per show. Therefore, this could be their most unique tour yet. They’ve already mastered the live show, which inflates their generally sleepy tracks to epic shoegaze-y proportions. Add some new creative juices to this formula, and we’re bound to see greatness. –Danielle Janota 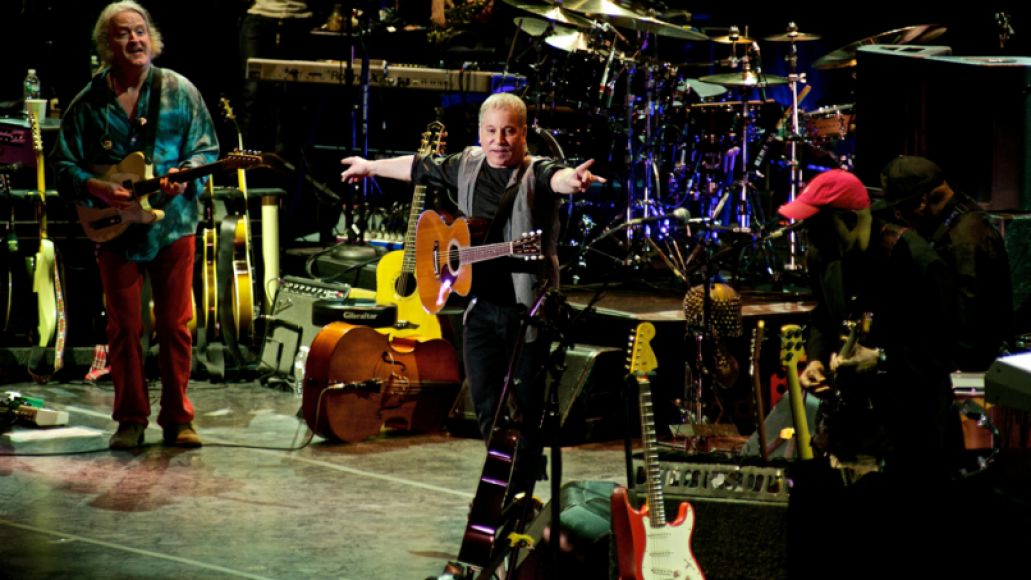 Age rarely settles into someone as peacefully as it has with Paul Simon. The iconic singer-songwriter still tours frequently enough to keep his music sharp and his zydeco beats bouncy, but he spaces each route far enough apart so that he won’t wear himself thin, allowing for four-year breaks. With his newest album, Stranger to Stranger, Simon confronts the unavoidable — the proximity of death, the fragility of love, the slyness of wisecracks — and strengthens his live set in the process. Never has a man so small been full of a spirit so large. –Nina Corcoran 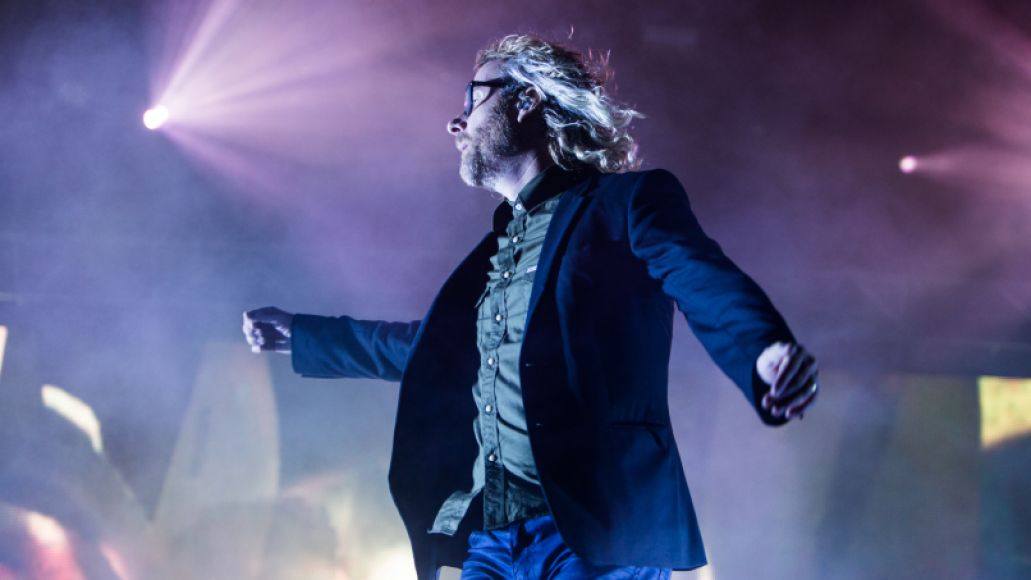 These Ohio-bred and Brooklyn-based indie rockers will kick off their summer tour within weeks of dropping Day of the Dead — a compilation tribute album curated by the band’s second set of brothers, Aaron and Bryce Dessner. While most dates on this tour will serve up a platter of old National hits, the final tour date seems most promising considering it’s titled “Day of the Dead performance.” But that doesn’t mean there’s not a chance the group will perform its own contribution to the album, a cover of “Morning Dew”, or better yet, bring out a handful of special guests during some of their other tour dates. –Lyndsey Havens 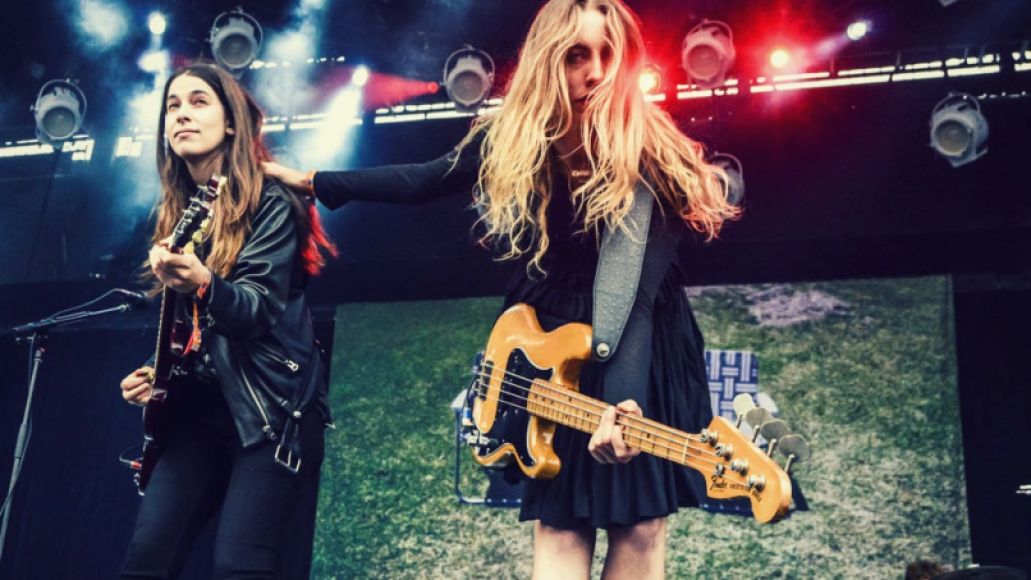 It’s no surprise the Haim sisters needed a breather after their debut album sent them skyrocketing to success. Since 2013’s Days Are Gone, the kooky trio have mostly remained in the shadows, opting for features (on the Hunger Games and Divergent soundtracks) and cameos (on Chromeo’s “Old 45s” video) over full Haim-centric exposure. Now that the Cali rockers have perfected their sound in the studio, they’re set to battle the wicked sophomore slump amid an expansive festival circuit. Given their intrinsic charisma and talent, they’ll most likely hurdle that beast with ease. –Danielle Janota 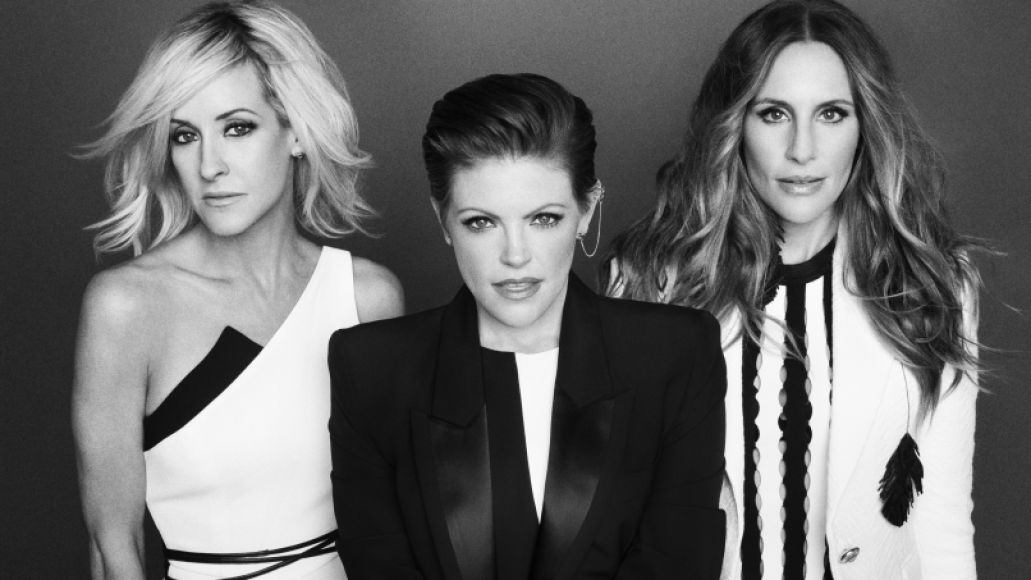 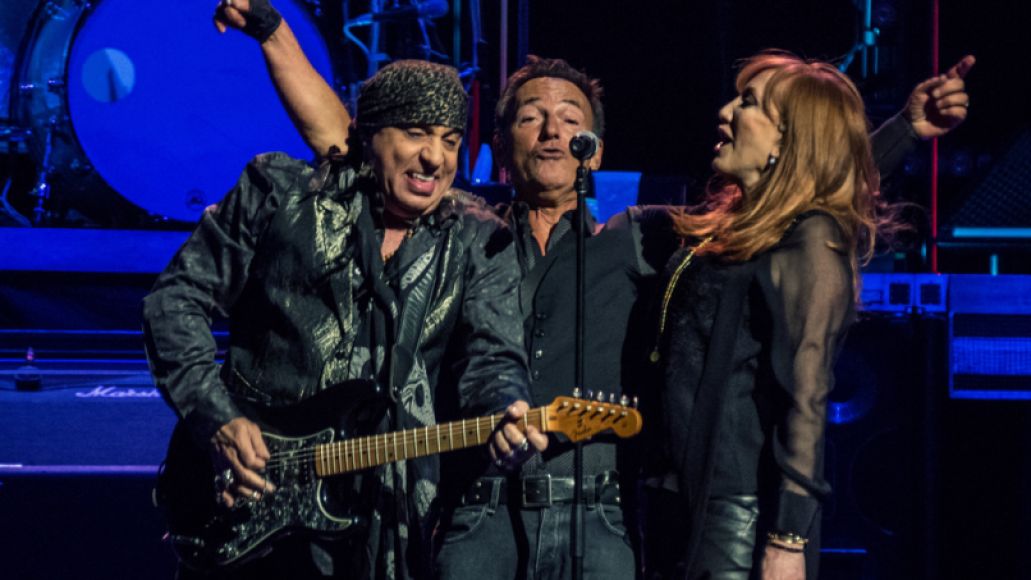 They call him “The Boss” for a reason, actually a few. Not only does Bruce Springsteen remain an ardent champion of America’s working class more than four decades into his career, but he and the E Street Band have also proven themselves to be monstrous live performers. Fans along the East Coast (and Chicago) can catch Bruce on the summer leg of his tour celebrating The River. Lost somewhere in the shuffle between classics like Born to Run and Born in the USA, The River is a vintage Springsteen record that more than holds its weight 35 years later. But really, do you need your arm twisted to go see Bruce and friends live? –Ryan Bray 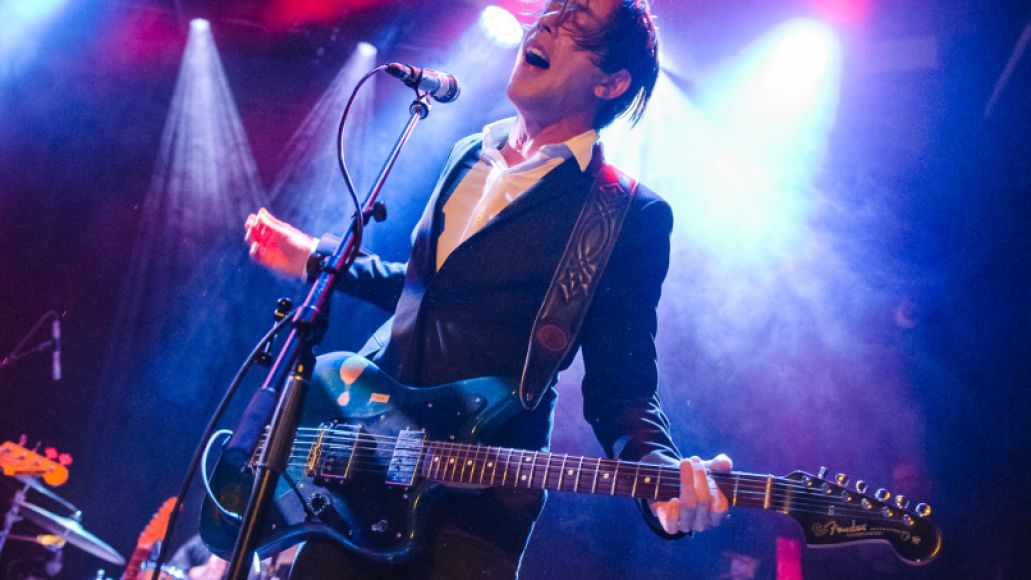 Now this is how you do a reunion tour. Not content to limit themselves to shortened festival sets, Wolf Parade have slowly but surely been announcing dates throughout North America and Europe. A handful of small pub shows in British Columbia and a new EP aren’t enough to whet our apetitite for sold-out residencies in New York, London, and Toronto. While there hasn’t been much footage, a setlist from one of last week’s pub performances show that the band are willing to dig deep into their catalog and pull out some classics like “Modern World”, “This Heart’s on Fire”, and “California Dreamer”. And if you dont live in or near those three cities, it’s looking like Wolf Parade are back for the long haul. –Edward Dunbar 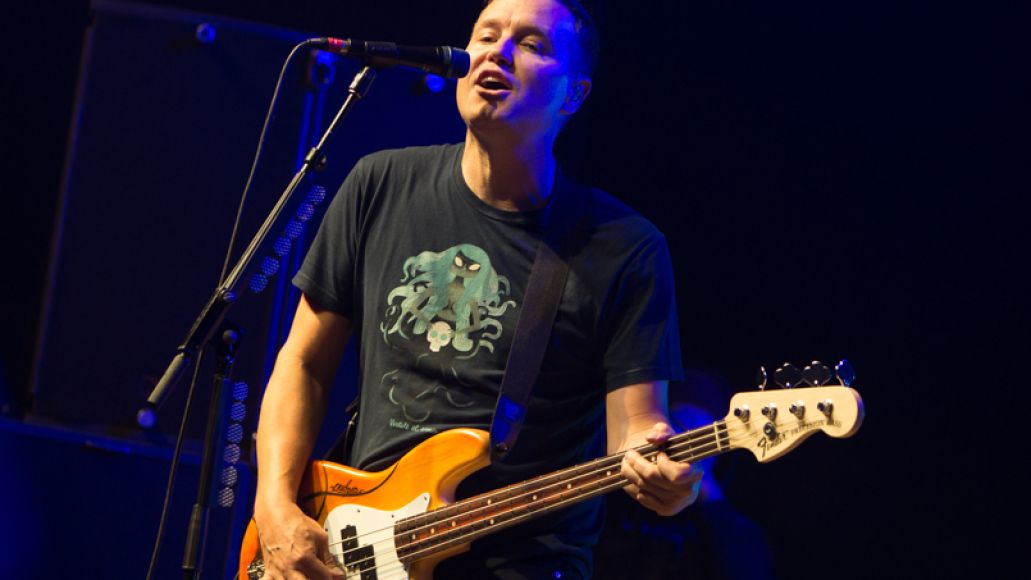 There’s an obvious asterisk with this one: Tom DeLonge, the iconic voice of Blink-182 who knows that aliens are out there, is no longer with the band. Still, Mark Hoppus — Blink’s other half-the-time singer — and the rest of the gang are still them and still getting after it. If their first post-DeLonge single, “Bored to Death”, is any indication, new member Matt Skiba (also of Alkaline Trio) has given the group renewed vigor following the so-so LP Neighborhoods and the subpar Dogs Eating Dogs EP. In case that’s not enough mid-2000’s alt-rock firepower, every date of this packed tour will also feature some combination of A Day to Remember, The All-American Rejects, and All Time Low. –Derrick Rossignol 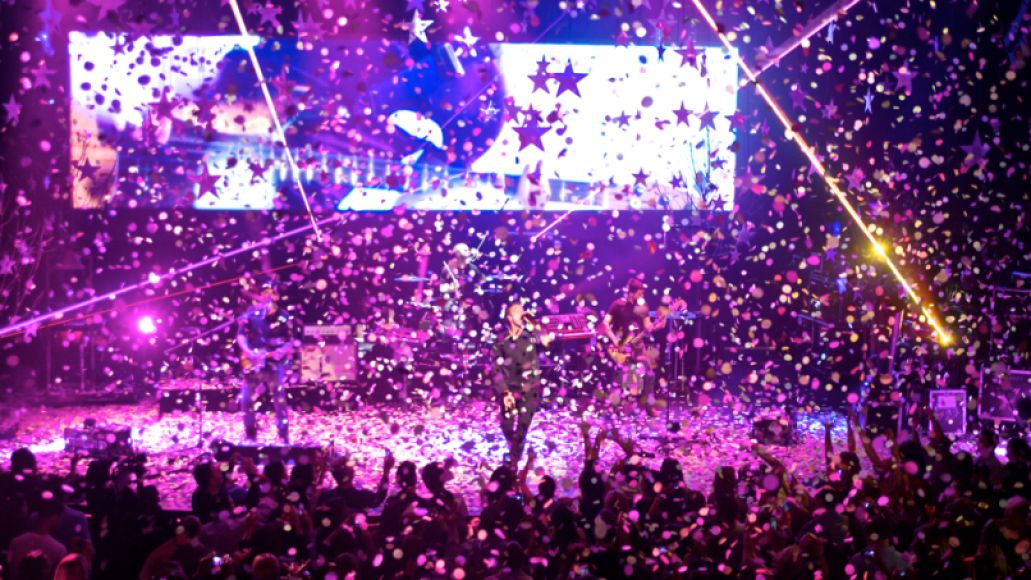 Seven studio albums into an illustrious career, Coldplay might really be calling it quits. If that truly is the case, the band’s trek across Europe and the US over the next few months may be the last chance to see one of the most successful stadium-filling acts of the past 15 years in person. Despite the lukewarm reception of their most recent offering, 2015’s A Head Full of Dreams, Chris Martin and pals can still rush blood to heads, and their discography is still packed with anthems like “Fix You” and “Yellow” that are great on record but transcendent live. –Derrick Rossignol 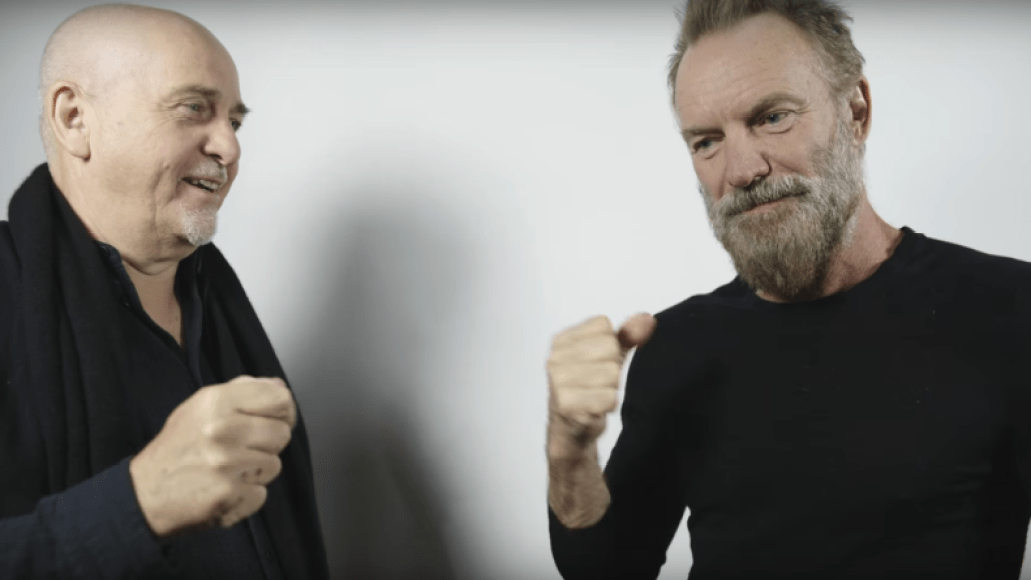 Peter Gabriel has been anything but lazy in recent years. Whether it’s collaborating with multiple artists for a two-disc covers album or touring an entire orchestra, the original Genesis bandleader and world music champion has remained active in some capacity. Sting is … well, he’s frankly a bonus at this juncture. To pair these two ’80s icons in any fashion should be nothing but successful, and much like Desert Ship — the ultra-hyped setlist featuring The Rolling Stones, Roger Waters, and more — who knows if it’ll ever be seen again!? Get your tickets! Do it, now! –David Buchanan 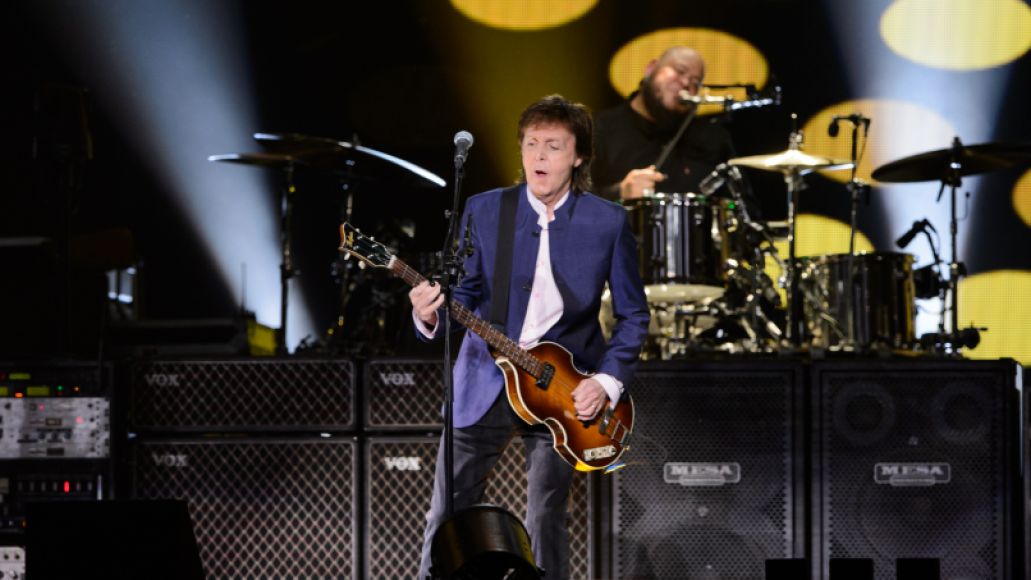 Paul McCartney’s One on One Tour has already been full of pleasant surprises, like when he kicked off his first performance by playing “A Hard Day’s Night” and “Love Me Do” fully for the first time in 50 years. Macca hasn’t been shy about opening up his discography, either, performing everything from The Quarrymen’s “In Spite of All the Danger” all the way up to his Kanye West/Rihanna collaboration, “FourFiveSeconds”. McCartney also has been toggling between electric and acoustic parts of his sets, hitting on all the Beatles and Wings megahits, like “Band on the Run”, “Hey Jude”, and “Yesterday”. And of course, he’ll close out this tour with two sold-out shows as part of the massive classic rock lineup on Desert Trip. –Killian Young

The 25 Most Anticipated Tours of Summer 2016