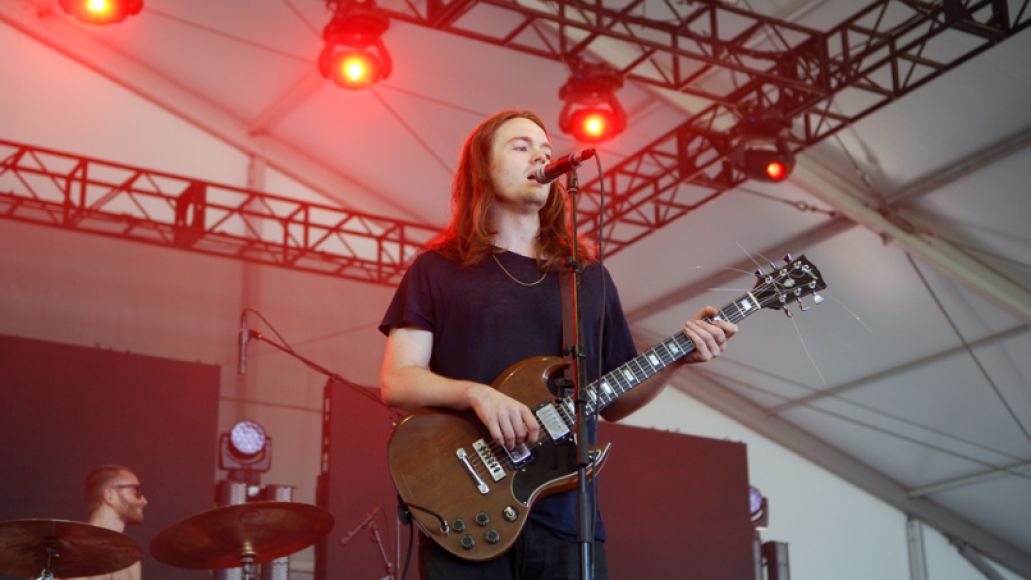 On last year’s polarizing The Ark Work, Liturgy pushed and pulled at their ambitious, grinding black metal edges, including a wacky, horn-driven tune called “Kel Valhaal”. Frontman Hunter Hunt-Hendrix has also been using the name for an experimental electronic project on and off for the last six years or so. “Kel Valhaal is the name of the logical agency of faith and acephalic becoming in the The Ark Work, a gesamtkunstwerk which lives at the threshold between philosophical materialism and religion,” he explains. If you don’t have the grad school understanding to pick that apart, you can just immerse yourself into “Tense Stage”, the first track from Kel Valhaal’s upcoming New Introductory Lectures on the System of Transcendental Qabala (out July 15th on YLYLCYN). “Tense Stage” burns and punishes like Liturgy, but through twitchy, gritty electronics. –Adam Kivel