Fact: Ferris Bueller’s Day Off never had a soundtrack.

We’ll let the late director John Hughes explain why: “[A&M Records] begged me to put one out, but I thought, Who’d want all of these songs? I mean, would kids want “Danke Schoen” and “Oh Yeah” on the same record? They probably already had “Twist and Shout”, or their parents did, and to put all of those together with the more contemporary stuff, like the [English] Beat—I just didn’t think anybody would like it.”

Thirty years later, Spotify and YouTube remain flooded with fan-made playlists collecting every song from the film, from General Public to Big Audio Dynamite, The Dream Academy to The Flowerpot Men. But all that’s about to change, however, as La La Land Records has partnered up with Paramount Pictures to finally release a proper authorized soundtrack and score in honor of its 30th anniversary.

There’s no confirmed tracklist, though songs featured in the movie include the following:

“Love Missile F1-11” (Extended Version) by Sigue Sigue Sputnik
“Jeannie” (Theme from I Dream of Jeannie)
“Beat City” by The Flowerpot Men
“Main Title / Rebel Blockade Runner” by John Williams (From Star Wars)
“Please, Please, Please, Let Me Get What I Want” (instrumental) by The Dream Academy (a cover of a song by The Smiths)
“The Celebrated Minuet” by Luigi Boccherini (Performed by the Zagreb Philharmonic Chamber Studio)
“Danke Schoen” by Wayne Newton
“Twist and Shout” by The Beatles
“Radio People” by Zapp
“I’m Afraid” by Blue Room
“Taking the Day Off” by General Public
“The Edge of Forever” by The Dream Academy
“March of the Swivelheads” (a remix of “Rotating Heads”) by The (English) Beat
“Oh Yeah” by Yello
“BAD” by Big Audio Dynamite
“Go Down Moses” credited to the Fisk Jubilee Singers in 1871 (The dirge-like song that Cameron sings to himself while lying in his sick bed)

The record should surface later this year — possibly as early as September. In other words, right in time for school season to start up and for every millennial to skip class, head to the Art Institute, catch a Cubs game, and think of ways to spite their asshole fathers because they’re not going to sit on their ass as the events that affect them unfold to determine the course of their life.

If you’re interested in taking a stand and defending it, whether you’re right or wrong, here’s an exhaustive guide we recently put together. Yes, we recreated Bueller’s entire day off, down to the costumes, and documented the whole thing as a visual diary for your pleasure. You fellas have nothing to worry about. We’re professionals. 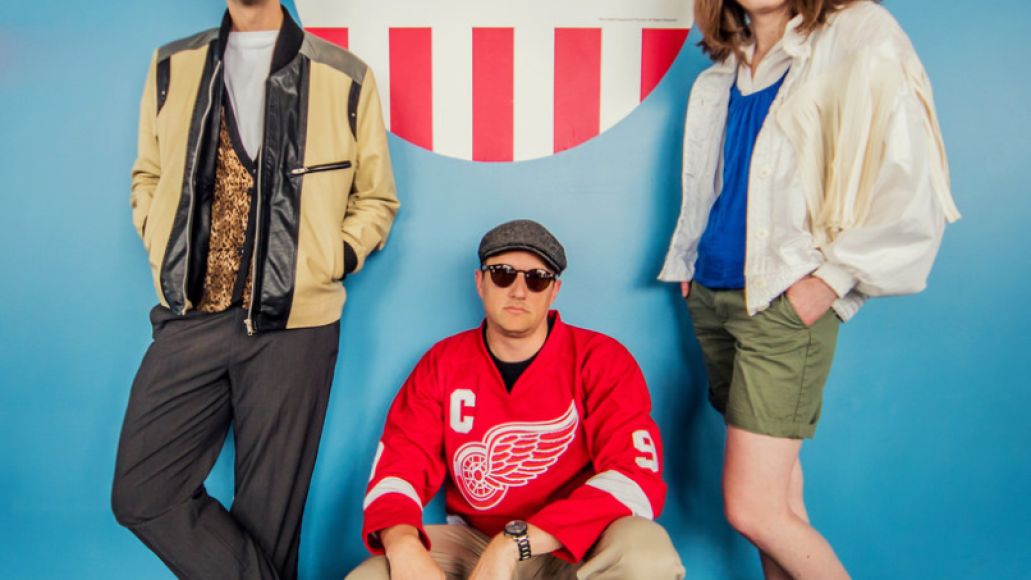