AJJ (fka Andrew Jackson Jihad) have announced a sequel to the best-selling book of all time: The Bible. The Phoenix folk punk band will release The Bible 2 (an album, not actually a book nor a religious scripture) on August 19th via SideOneDummy.

The band’s sixth album overall, The Bible 2 was produced by popular indie producer John Congleton. As a first sample of the 11-track effort, AJJ have shared lead single “Goodbye, Oh Goodbye”. The song drives like a hammer, violins sawing back and forth over the thick slab of bass reverb. There’s a jolliness in the track that’s reflected well in the wonderfully silly video above, which could already be a contender for best music video of the year.

Shot in a single take, the clip clearly takes the piss out of viral video sensations OK Go. From the colorful T-shirts to the random use of household items — even the two-minute behind the scenes portion — it all spectacularly mocks the corporate sponsored, big-budget ball houses that other band road to stardom. (Author’s Note: I actually personally enjoy OK Go as a band, but you have to admit, the shots fired in AJJ’s video are pretty hysterical.)

Find the album art and complete tracklist below. 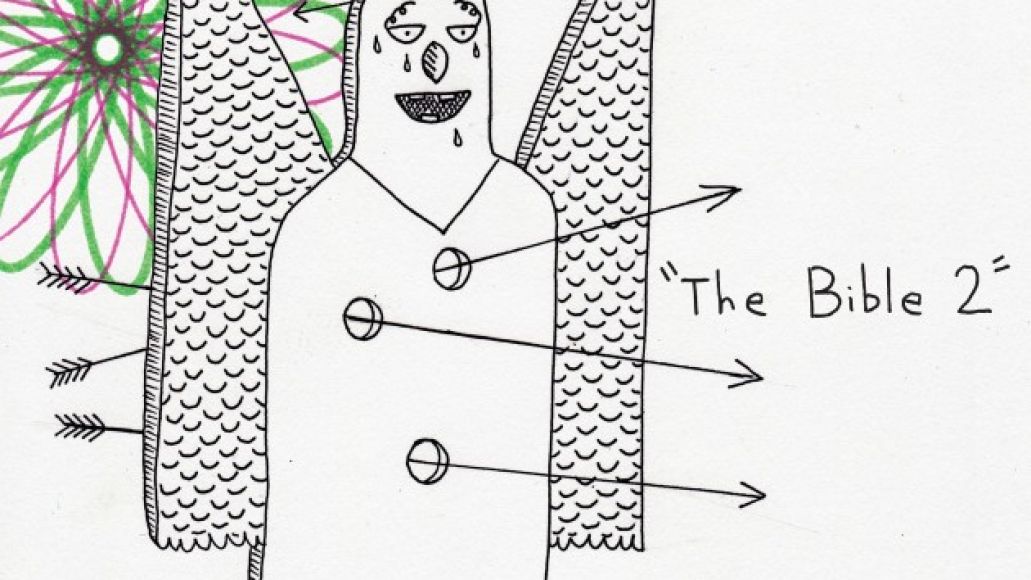