For the second time in as many months, Chicago police are on the lookout for a possibly suicidal Sinead O’Connor.

According to TMZ, O’Connor’s family in Dublin received a call from the singer in which she told them, “I’m on a bridge in Chicago and I’m going to jump.” The family reached out to Irish authorities, who contacted the Chicago PD. While there is no active search for the singer, the CPD was asked to “keep an eye out” for the potentially suicidal O’Connor.

Last month, the I’m Not Bossy, I’m the Boss singer went missing in Chicago and was considered a suicide threat. She turned up within 24 hours at a local hotel, and although she was “safe” and unharmed, she was taken to an area hospital. In November of last year, O’Connor began receiving treatment after posting a suicide letter to her Facebook page.

Update – Friday, June 24th at 8:15 a.m. CT: In a Facebook post, O’Connor says reports of her being suicidal are “bullshit,” adding, “AM FAR TOO FUCKING HAPPY FOR THAT!!” 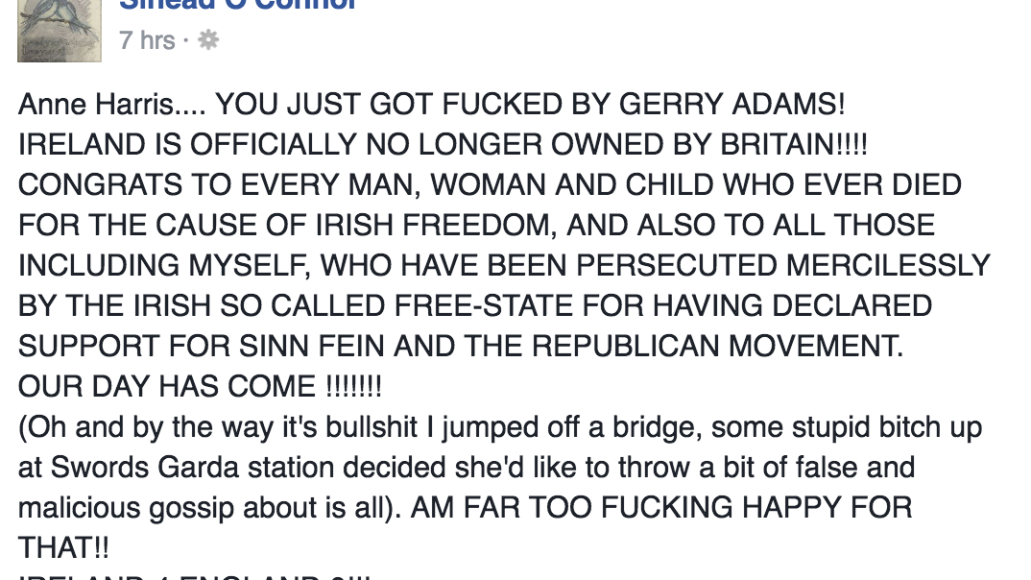