Anyone who’s ever been to a major music festival knows how hard it can be to navigate the often incredibly packed grounds. Figuring out which stage your favorite band is on can be just as challenging as tracking down your friend after you lost them in line for the porta-john. But it’s also all such a magical, colorful, shitshow of an experience that getting lost in the crowd can be the best thing to happen to you.

It’s in that spirit that artist Adam Carnegie teamed with Germany online retailer Zalando to create this giant Where’s Waldo?-inspired festival map (via Magnetic Magazine). Or, perhaps it’d be more appropriate to call it Where’s Daft Punk?. The iconic electronic act is tucked away somewhere inside the massive drawing that combines elements of festivals like Glastonbury, Lollapalooza, Melt, Outlook, and more.

And they aren’t the only musicians to be found: Keep an eye out for Kurt Cobain, Sia, Amy Winehouse, Major Lazer, Prince, Freddie Mercury, Deadmau5, Gorillaz, Iggy Pop, Adele, and various David Bowies from all different eras. There are even nods to the actual Where’s Waldo?, like the knights and aliens from the actual book series. While you’re at it, see if you can find the couple making whoopie in the woods, the golgothan, the yellow submarine, the leprechauns, and some magic mushrooms.

Take a look at the full-sized image below (click to enlarge). 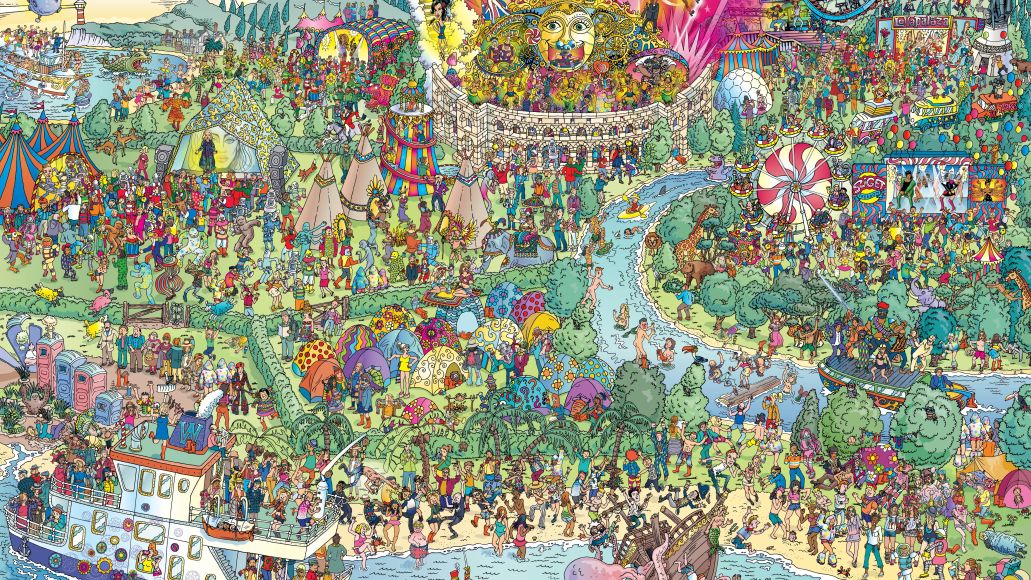 Find your favorite musicians in this Where's Waldo?-style festival map