It was the best of times, it was the worst of times, it was the age of Twitter, it was the age of anonymous “high-level” sources, but most of all: It was the epoch of belief. When critics and historians write the eulogy for our peculiar era in Hollywood filmmaking, they may well resort to a Dickensian antithesis in explaining the story of British writer-director Gareth Edwards, who has somehow bypassed nearly all of the traditional hurdles standing between an ambitious filmmaker and a billion-dollar movie franchise.

Edwards is the man in the director’s chair for the forthcoming Star Wars spin-off film, Rogue One, an incredible accomplishment for someone who has admitted that Star Wars is the reason he got into filmmaking. “I am very, very lucky, living in a dream job at the moment,” he told students at the Beijing Film Academy shortly after the news was announced. “If I was in the audience at film school, looking at me now, I would hate me. I never could have predicted it this way.”

That’s because it used to not be this way. Edwards completed his first feature film, 2010’s Monsters, on a shoestring budget of $500,000, which afforded him a crew of seven and the same quality of cameras available at your local Best Buy. Monsters was greeted with modest box-office success and generally positive reviews, prompting Hollywood to make a call that might once have seemed insane but now passes for a savvy decision. In 2014, still several years shy of his 40th birthday and with a single directorial credit to his name, Edwards was handed the keys to the $160 million monster truck Godzilla. Within a week of that film’s theatrical release, he had already been confirmed to direct Rogue One. “Now the pressure is on,” he said, acknowledging his newfound status as the most proven unproven filmmaker in the business.

Apparently that status comes with a cost. Last week, Page Six reported that Disney’s studio execs balked at the initial cut of Rogue One and called for four weeks of extensive reshoots in July. Though that report has since been refuted by a number of “high-level” sources, the reason it seemed credible initially was due, in part, to a lack of respect for Edwards. One rumor, which later proved to be untrue, stated that seasoned screenwriter Christopher McQuarrie would be working alongside Edwards on the reshoots. Responding directly to /Film, McQuarrie shot down the rumor and took umbrage with the implication that Edwards would need a supervisor to hold his hand. “Gareth Edwards is a talented filmmaker who deserves the benefit of the doubt,” he said. “Let him make his movie in peace.”

Edwards may in fact be a talented filmmaker, and Rogue One may well turn out to be a fantastic addition to the Star Wars universe, but does he really deserve the benefit of the doubt? It would seem not, at least in the media’s eyes. All of the rumors surrounding the Rogue One reshoot, false or not, carry the same subtext: The greenhorn is in over his head. What on earth was Disney thinking?

Disney was only thinking the same thing every other major Hollywood studio has been dwelling on for the past several years, albeit with mixed results. Some of film’s biggest franchise properties have been going to a group of filmmakers who are almost uniformly young, male, and startlingly unproven. How did former indie filmmaker Marc Webb end up helming The Amazing Spider-Man, a reboot of a franchise that had already been successfully executed by seasoned veteran Sam Raimi? What about Colin Trevorrow, who scored a billion-dollar success with Jurassic World on the back of his low-budget sci-fi rom-com Safety Not Guaranteed? 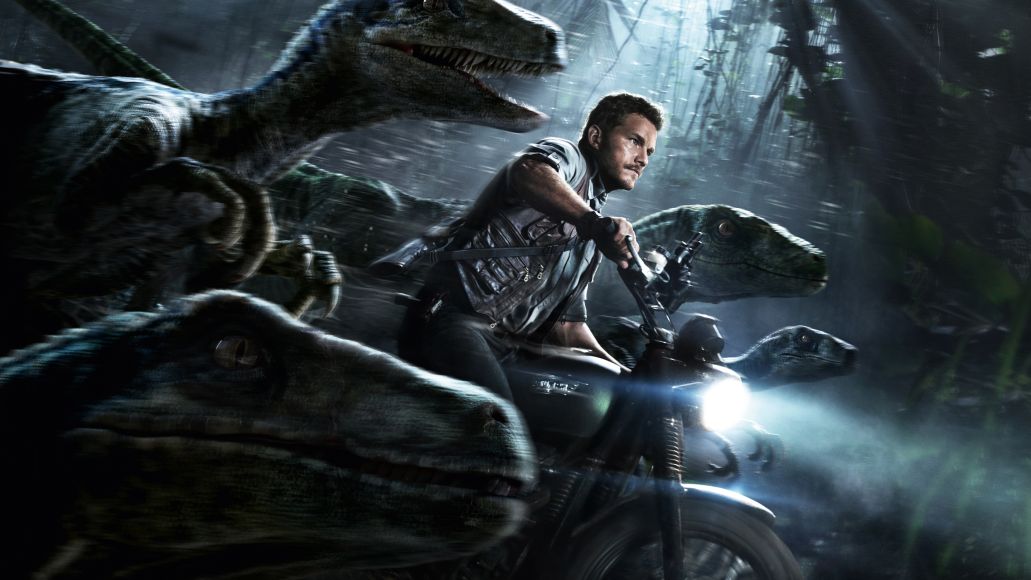 It all comes down to a studio culture that has shifted closer to Silicon Valley in recent years, forgoing traditional Hollywood conservatism for a different and altogether riskier set of values. It’s the kind of culture that prizes new thinking over experience — the culture that has given birth to countless apps and startups and “30 Under 30” lists. It’s also seemingly at odds with another trend among major Hollywood studios like Disney and Warner Bros., who have started refocusing their theatrical release strategies around mega-budget franchise films in order to reap as much reliable money as possible.

Look at the big picture, however, and these two trends fit together perfectly. With studios banking more heavily on their cash cows than ever, they can afford to take bigger gambles on the filmmakers they tap to milk those cows. When those gambles pay off — as they did with Trevorrow and his astounding $1.6 billion in box office revenue for Jurassic World — they look like geniuses. And on those rare occasions when they don’t, they can cut their losses and save face by using the young, unproven filmmaker as a scapegoat for their failure.

The problem with this model, of course, is its tendency to ruin filmmakers who can’t deliver under the uber-stressful conditions their “dream job” entails. The most glaring cautionary tale involves last year’s case involving Josh Trank and Fox’s fantastically ill-conceived Fantastic Four reboot. Trank was all of 27 years old when he released his first full-length feature, 2012’s Chronicle. That film, which captured the dark side of superhuman powers in a way that was surprisingly human, rightfully established Trank as one of the more intriguing options to helm Fantastic Four, another story about teenagers learning to live with strange and horrific abilities. 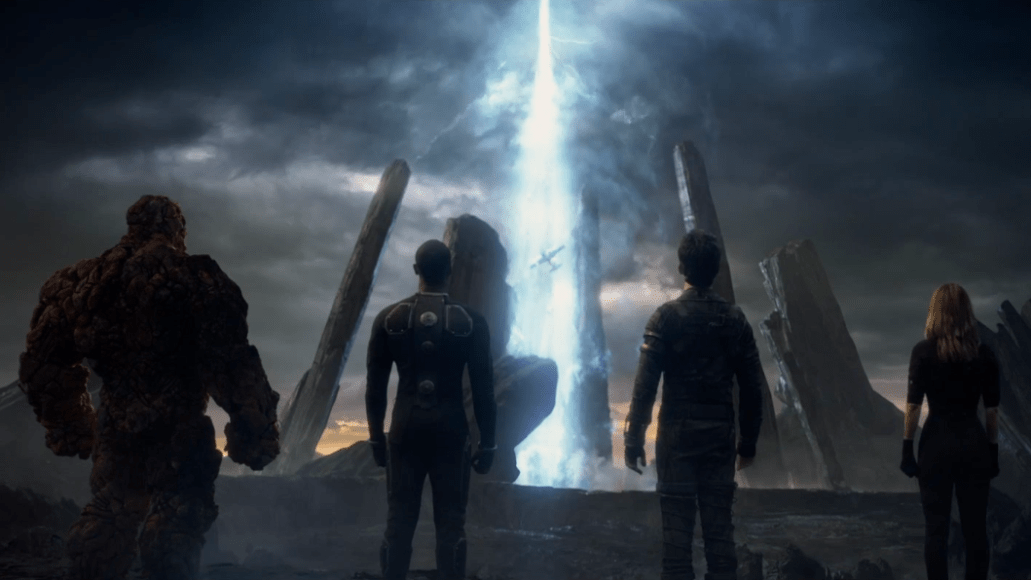 In the hot and cold world of Hollywood, the fall from wunderkind to pariah can happen in as little as five words — words such as “uncommunicative,” “indecisive,” “isolated,” “unusual,” and “erratic.” All of the above charges were levied against Trank by unnamed sources at Fox, many of whom were frustrated that the film required extensive reshoots (sound familiar, Mr. Edwards?). In a report published by The Hollywood Reporter, sources complained that Trank and his dogs had caused as much as $100,000 worth of damage to a rented property in New Orleans, but the most scathing criticisms were reserved for his perceived lack of experience. One person described him as being “like one of these kids who comes to the NBA with all the talent and none of the character-based skills to handle it. There’s equipment he doesn’t yet have.”

The resulting film showed glimpses of Trank’s vision in its Cronenbergian body horror, but the extensive reshoots made it tonally uneven, thematically inconsistent, and filled with cringe-worthy moments of expository dialogue. More to the point: It was a total box-office bomb. Trank’s name was subsequently removed from the second stand-alone Star Wars film, and his young career was dealt a blemish that may prove fatal.

This is something that should concern us as filmgoers and not just because movies like Fantastic Four are such an epic slog to sit through. On one hand, if we’re going to swallow hard and accept the fact that franchises rule Hollywood now, fans have the right to expect them not to suck. This means sometimes making the boring choice and entrusting, say, the first Star Wars film of the Disney era to a proven director like J.J. Abrams. Lucasfilm president Kathleen Kennedy and the Mouse House brain trust knew what was at stake, so they went with the guy who had already made another beloved space franchise, Star Trek, a massive commercial success. 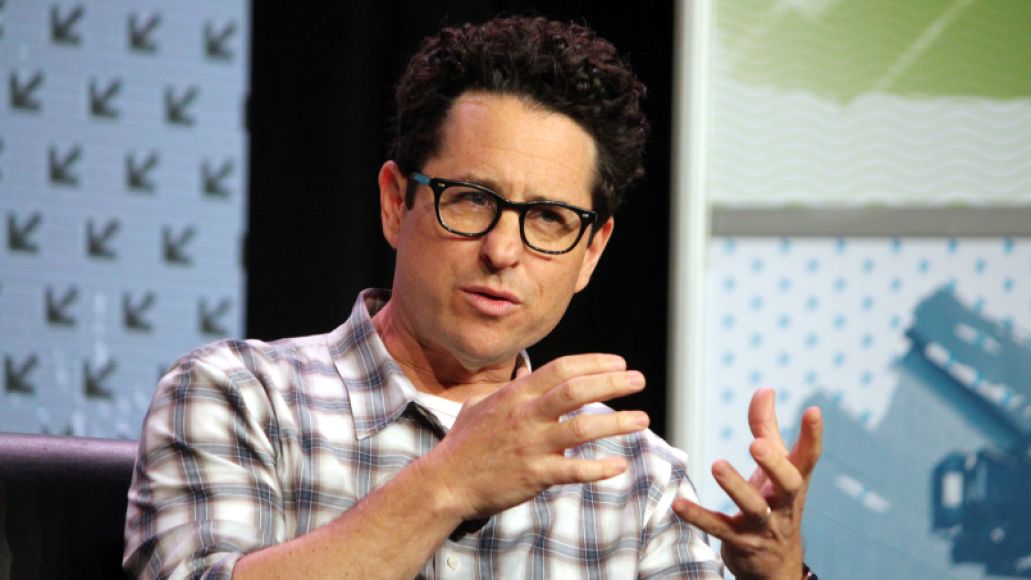 But the stakes are even higher for the young filmmakers involved in Hollywood’s latest experiment, many of whom miss out on key moments of growth on their rocket flight to the top. Would Steven Spielberg have the same legacy today if he had launched straight from Jaws to the historically expensive Jurassic Park? Hell no. He had nearly two decades between films to refine and explore his craft, resulting in such classics as Poltergeist, The Color Purple, Empire of the Sun, and a little movie called E.T.. None of these films required controlling massive animatronic dinosaurs, but they gave Spielberg the confidence and artistry necessary to pull off that feat. Jurassic Park is a nearly perfect action film, not just for its special effects but for its tone, pacing, and trove of quotable dialogue. Simply put: It’s memorable. It’s a classic.

Granted, that’s a vague word, but it’s one we should really focus on when evaluating the latest crop of blockbusters made by young filmmakers such as Edwards and Trevorrow — even the colossally successful ones. Godzilla and Jurassic World may have raked it in at the box office, but history is not likely to treat them quite so kindly. Both films suffer from being far too derivative of their source material, and just like Fantastic Four, they sacrifice character building for grand action sequences that feel more perfunctory than exciting. Quick, can you name the Godzilla protagonist played by Aaron Taylor-Johnson? Probably not, but chances are you know the names Alan Grant and Ian Malcolm.

Sure, the first goal of any blockbuster action film is to be entertaining and diversionary, but that shouldn’t be its only goal. We need to foster a culture in which young filmmakers get to be bold and take risks without worrying about those risks incidentally crippling a beloved franchise. The good news is, we’re not far off. Look at a film like this year’s 10 Cloverfield Lane, a modestly budgeted critical smash that happened to be directed by another young, promising director in Dan Trachtenberg. Rather than throw Trachtenberg into the deep end and wait for him to sink or swim, producer J.J. Abrams threw his own name on the poster and let him tie an entirely original idea to an existing franchise. This level of low-stakes creative freedom not only makes good economic sense (10 Cloverfield Lane cost $15 million and carried away more than $108 million), but it creates a loophole in the franchise model for unique talents to express themselves. 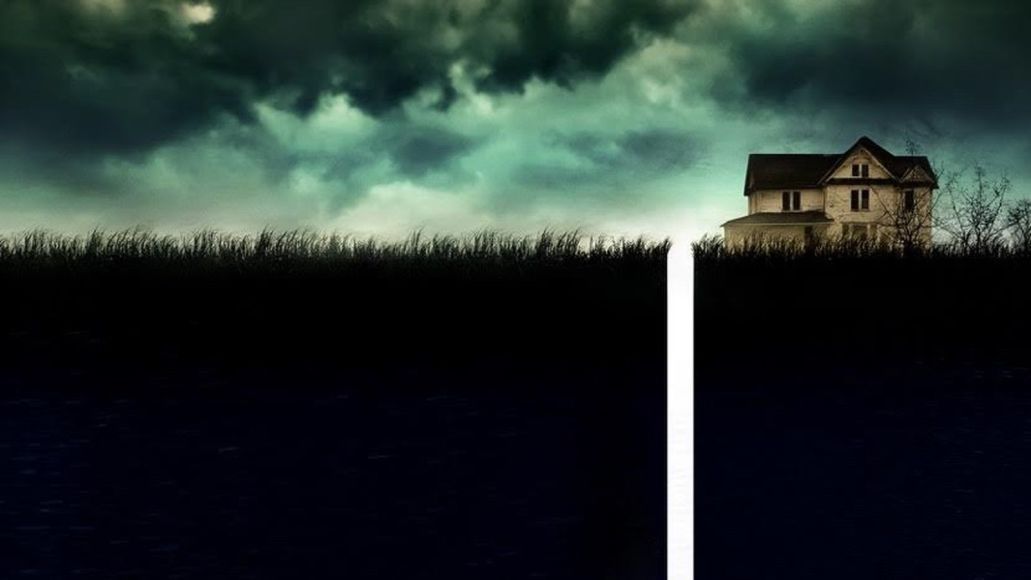 If Hollywood is going to insist that everything on screen takes place inside some kind of extended universe, studio execs need to actively carve out a space for filmmakers like Trachtenberg and Edwards and Trevorrow to develop their craft without the explosions and the expectations of the traditional tentpole movies. If that means putting them in a less expensive car every once in awhile, well, is that such a bad thing? Especially if that car comes with adjustable seats and a colorful interior.

Gareth Edwards, Rogue One, and the Case Against Hollywood's Billion-Dollar Youth Movement