Kanye West turned his music video premiere for “Famous” into a Friday night spectacle taking place before a sold-out crowd of 17,000 people at the Forum in Los Angeles. The epic visual is worthy of such fanfare, however, as it is without a doubt one of Kanye’s most ambitious feats to date. (It certainly makes up for that shitty t-shirt).

Quite literally the video features the aftermath of a celebrity orgy, featuring 12 A-listers lying naked in bed. Among them: Taylor Swift, Amber Rose, Rihanna, Chris Brown, Caitlyn Jenner, Bill Cosby, Donald Trump, George W. Bush, Anna Wintour, Ray J, Kim Kardashian West, and Kanye himself. While many of these people have played major parts in the narrative of Kanye’s decade-long career, the video more so looks to be a commentary on the celebrity paparazzi culture. Many of these celebrities have seen their most personal moments played out in the public eye, whether it be Rihanna’s abusive relationship with Chris Brown, Kim Kardashian West’s sex tape with Ray J, Caitlyn Jenner’s transition, or the accusations of racism Kanye leveled at President Bush. Kanye is not the first celebrity to equate tabloid culture to voyeurism, but he is the first to use it as a basis for a music video.

The video, which utilized wax figurines (no, that’s not actually Taylor Swift nude), was inspired by Vincent Desiderio’s painting “Sleep”.

The video is streaming exclusive via TIDAL for the next seven day. Non-subscribers can check out a clip below.

This dude Kanye is on some other ish… What did I just watch ???? #Famous pic.twitter.com/HdjGH9UPQ1 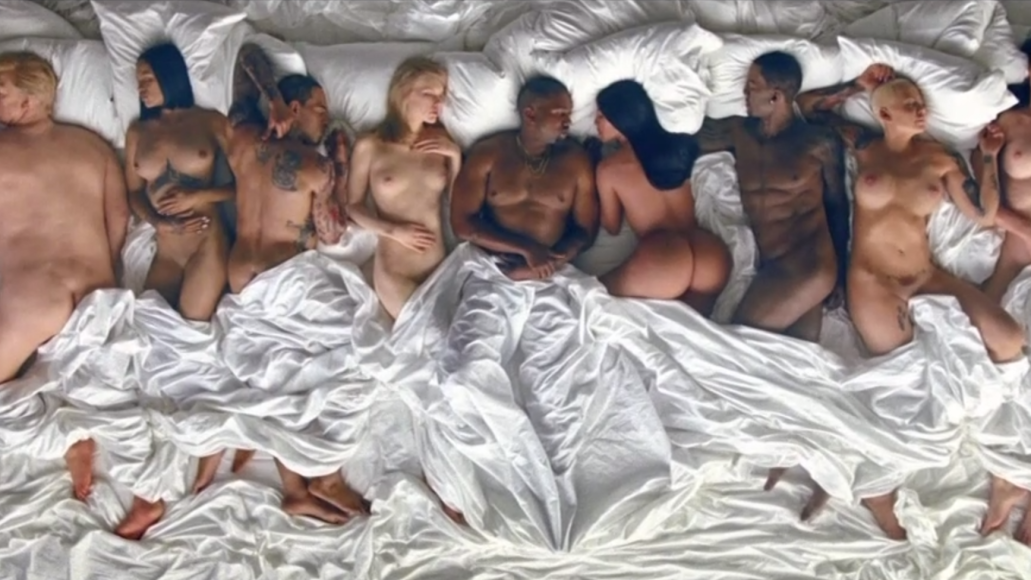