It’s been over a year since we’ve heard some legitimate news from Kevin Smith about Mallrats 2. Last May, the veteran filmmaker and certified nutbar confirmed that the long gestating sequel would be titled Mallbrats, that 18 familiar faces would return alongside six fresh, new characters, and that shooting would start later in 2015 for a 2016 release. 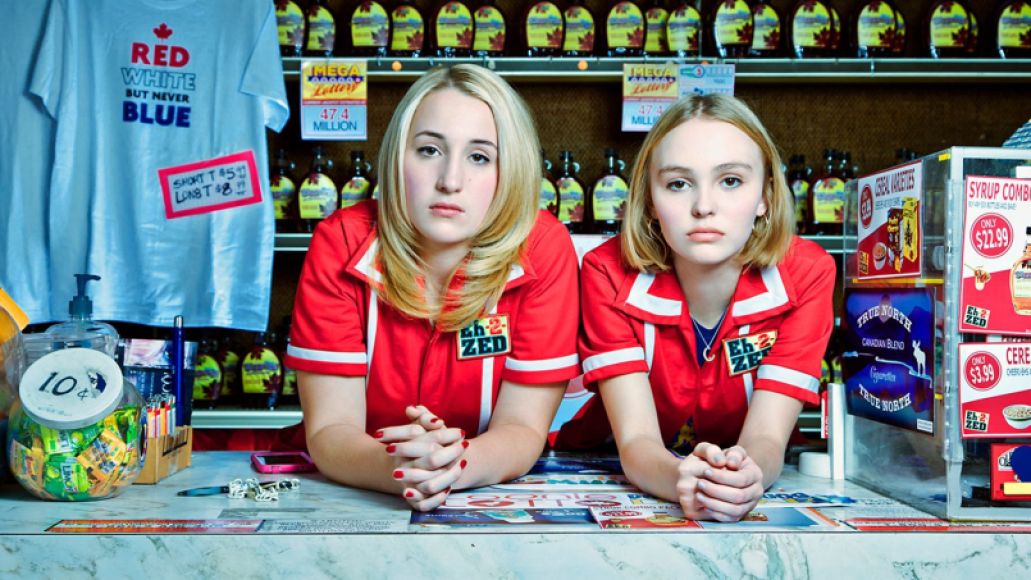 But, there’s a reason for the delay. This morning, Smith stopped by 93.3 WMMR for an appearance on Preston & Steve, where he digressed on Mallbrats, explaining why the project’s been in limbo and how it’s going to finally come into fruition. Long story short, it’s experienced all sorts of legal mumbo jumbo with Universal, but here’s the long story straight from the moose’s jaw:

“I called my agency and I said, ‘Hey man, can I just make a Mallrats sequel? Universal owns it, but do I really need to make this with Universal? Can’t I just write a script and buy the title from them?’ And the agent told me, ‘Yeah, absolutely, they’ll let it go.’ And I said, ‘Are you positive? Because I don’t want to start this if that’s not the case.’ He says, ‘Oh yeah, there are three ways you can make this movie: You finance it yourself; you finance it with the studio, co-financed; or they finance it, but, you know, it’ll probably be, since it’s an old movie and it’s a small title, it’ll probably be you financing it yourself.’

“So, I was like, ‘Oh my god, alright, right on, that’s what I like to hear, nobody can stop me from self-expressing.’ So I wrote my script, put everything together, and then I told my agent, when I was done, ‘Alright, I’m ready to go, do we have to reach out to Universal for approval or something or let them pass or whatever?’ And he said, ‘Yeah, we have to submit the script.’ And I was like, ‘Why do we have to submit the script?’ ‘Because they own the property and it’s a formality … it’s going to be fine.’

“And so we submitted the script and my agent comes back to me and he goes, ‘Well, apparently Universal has never let a catalogue title go, any title they own, they’ve retained, they’ve never done something where they’re like, ‘Oh, you can take it back and go make a sequel. Never in the history of the studio.’ So, I was like, ‘Wait, but you told me that was one of my options.’ ‘Well, apparently I was wrong. So, right now there are two options: you make it fully studio financed or you co-finance it with the studio.’ So we entered a protracted negotiation with Universal trying to get it made in different pockets of the studio.”

After realizing he hadn’t told anybody about this, he confirmed, “It is happening. It’s taking us a longer time to build it, but what we did was reconfigured it. You know, Mallrats is a 20 year old movie, and the idea of sequelizing a 20-year-old movie to some people is like,  ‘Why would you bother? It wasn’t successful the first time. What’d you guys make?’ We’re like, ‘Two million?’ ‘Alright, well, I don’t know if the world is screaming out for this.’ However, I went and directed an episode of The Flash, and when I went up there, it was kind of a weird game changer for my career. I felt at home in the medium.

“And suddenly because I did the episode of The Flash, like MGM reached out about Buckaroo Banzai and suddenly that came together and we went out and pitched yesterday and found a home for it. I can’t say who it is because that deal is not final, but yesterday we sold Buckaroo Banzai as a TV series. So, while I’m in that world and space, a couple months ago, we started reconfiguring the idea of doing Mallrats not as a film but as a series, and Universal and I are just about to close our deal to do Mallrats the series. Then we take it out into the world and find a home for it. So, instead of doing a Mallrats movie, I’m going to do 10 episodes of a Mallrats series.”

After dropping those major bombshells, he further confirmed that he still plans to shoot the series in Exton, PA, specifically at the Exton Square Mall, as he previously announced last year. So, to recap: Both Mallrats and Buckaroo Banzai are coming to our small screen in the near, near future and we all have Kevin Smith to blame. Not too shabby.