“PROPHETS OF RAGE,” screams the billboard facing west on Sunset Boulevard, and it’s impossible to miss — a snarling shade of black and a clenched fist raised upwards to the sky. It doesn’t look as if it belongs to a street best known for its glam-metal pageantry, but keep driving past the Whisky a Go Go and you’ll spot another just like it, then another. Of course, if you had stopped at the Whisky on Tuesday night and managed to squeeze yourself inside the sold-out club, you would have witnessed just what those billboards were prophesizing.

Prophets of Rage are a supergroup comprised of Public Enemy’s Chuck D, Cypress Hill’s B-Real, and every member of Rage Against the Machine not named Zack De La Rocha. Though it may not be the full-blown RATM reunion many had hoped for, the inclusion of two legendary hip-hop artists adds an air of intrigue to the project that’s more potent than watered-down ‘90s nostalgia. At least that was the prevailing sentiment among those who arrived at the venue hours early to wait in line and snap photos of the Whisky’s “vandalized” exterior, which featured the spraypainted hashtag #MakeAmericaRageAgain. Inside, Public Enemy’s DJ Lord spun records on stage while the crowd swelled and sang along to remixed cuts of Metallica’s “Enter Sandman” and Nirvana’s “Smells Like Teen Spirit”. 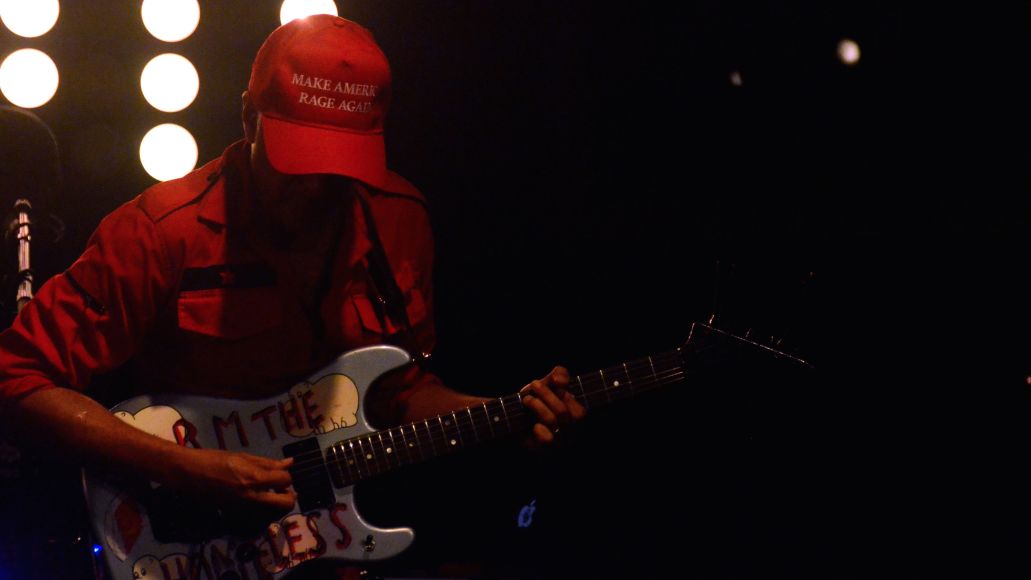 OK, so maybe ‘90s nostalgia has something to do with the Prophets’ appeal after all. But none of the doubts or cynicism generated by the group’s painstakingly coordinated marketing campaign seemed to matter when the group hit the stage and guitarist Tom Morello blasted out the opening riff to “Guerrilla Radio”. Though loud as all hell, this riff doubled as an understated answer to questions regarding what, exactly, this new group is all about. Would they play entirely new songs? Would they only play covers? If so, which group’s material would they favor?

It turns out that the set skewed decisively toward RATM’s catalog, with Chuck D and B-Real tag-teaming on De La Rocha’s vocals. “Guerrilla Radio” bled into the furious “Bombtrack”, and hits from throughout the band’s decade-long career punctuated the rest of the set, giving it both a theme (overtly political) and distinctive energy (more punk than hip-hop, though heavy on both). For the first half hour or so, the two rappers seemed content to do their best impressions of De La Rocha’s caustic delivery, which was never far off from B-Real’s to begin with. Chuck D had a harder time getting into the flow of things, acting more as hype man before rightfully asserting himself on Public Enemy hits “Miuzi Weighs a Ton” and “Bring the Noise”. 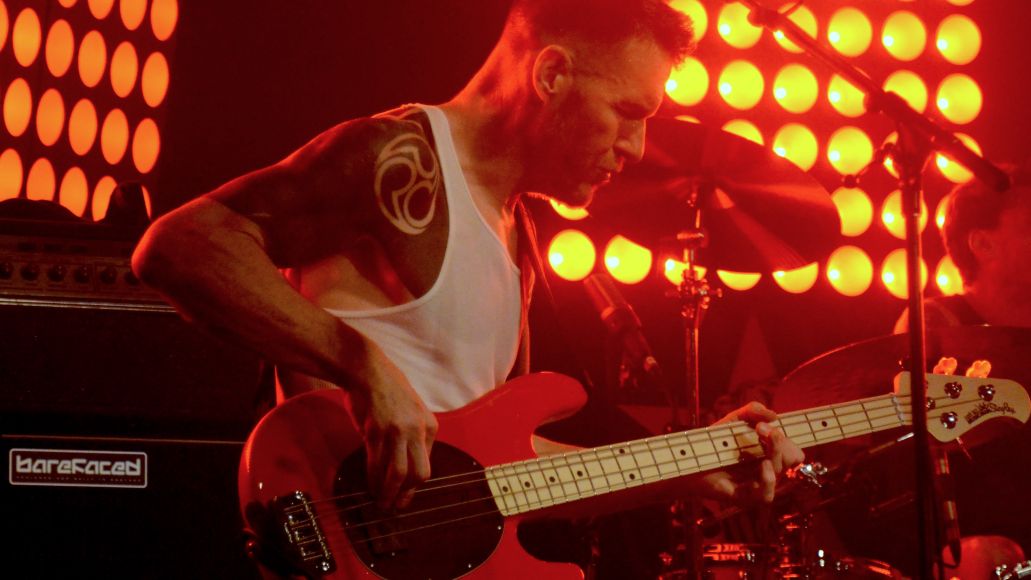 As was the case with their previous groups, Prophets of Rage express no shortage of revolutionary fervor. They also aren’t shy about making their political beliefs known, though anyone with an ounce of deductive reasoning can guess which way they lean in the current presidential election. “This is dedicated to Donald Trump,” sneered B-Real before launching into “The Party’s Over”, one of two new songs the group debuted at their first-ever show. That wasn’t their only shot at Trump — over at the merch table, fans could buy red trucker hats emblazoned with the slogan “Make America Rage Again.” It all seemed a little too on-the-nose, and the group’s antagonistic rhetoric was undermined by the fact that they tried so hard to please the crowd. Not that they didn’t succeed — they did — but there isn’t much risk involved in preaching to the true believers.

Time will tell if Prophets of Rage have the legs to take the festival season by storm, but one thing’s for sure: these guys can rock the hell out of a mid-sized venue like the Whisky. The aforementioned true believers came out in full force to celebrate the return of Rage (or something sort of like it), causing pretty much every song to end in a sweaty mosh pit or singalong. 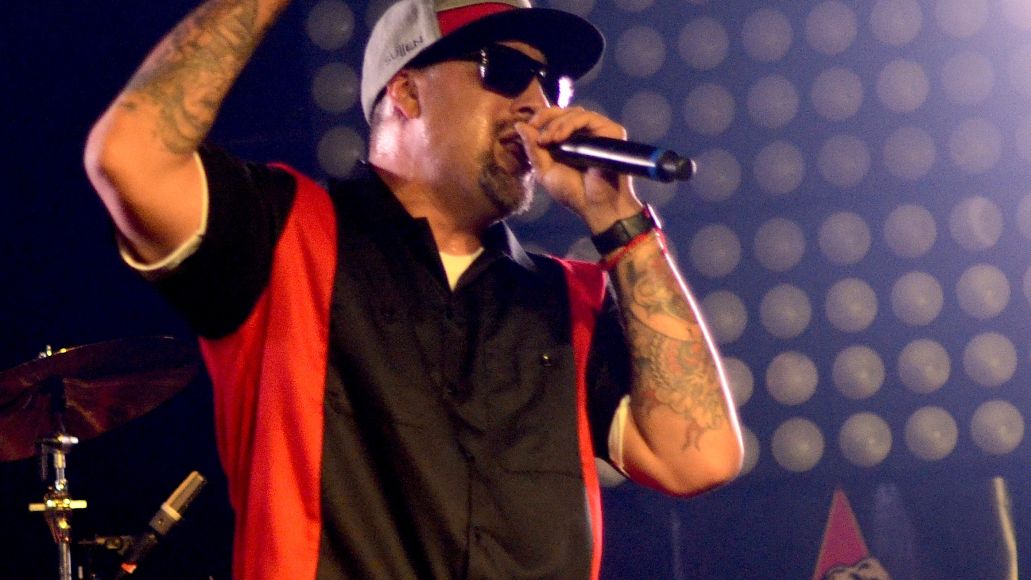 Though sufficiently amped throughout the night, the crowd took it up a notch for the final three songs, which began with a surprisingly seamless melody of the Beastie Boys’ “No Sleep Till Brooklyn” and Public Enemy’s “Fight The Power”. Then came “Bulls On Parade” and “Killing In The Name” and, well, you can imagine how that all went down. If you can’t, try picturing B-Real leading a chorus of testosterone-fueled 20-somethings in a chant of “Fuck you! I won’t do what you tell me!”

The only question that still lingers is: How do Prophets of Rage compare to everything that came before? While they certainly aren’t slouches, it’s difficult to imagine the group ever reaching the same heights as RATM if they can’t find a way to bring De La Rocha on board in some capacity. “There’s always a seat warm for Zack De La Rocha,” Chuck D made clear at one point, and we hope he takes them up on that. Until then, the group will obviously remain a draw to fans but may fail to achieve something greater than the sum of its parts. Chances are they know this. Chances are #MakeAmericaRageAgain isn’t so much a rallying cry as an acknowledgement that we aren’t there yet — not quite.