Most couch-potato punks of a certain age have fond memories of stringing together sick combos on Tony Hawk’s Pro Skater 2 (those manuals were a life-saver, let me tell ya). The boys of Canadian punk quartet Pkew Pkew Pkew recently had the stupid idea of trying to play out those memories in real life, and the result was a hard-earned lesson in gravity and old age. In their new two-song music video for “Mid 20’s Skateboarder” and new track “Blood Clot”, the band takes to the streets of Southern Ontario to see if they still have what it takes to stick a nollie hardflip or skate a pool without ending up in the emergency room. Spoiler Alert: they don’t.

While they may not score a sponsorship deal with Birdhouse, Pkew Pkew Pkew have succeeded in creating one of the year’s silliest and most entertaining videos. Better yet, it seems to be rooted in that cruel mistress called reality. “This video is based on the real life events of our producer Jon Drew breaking his arm skateboarding with me,” explains guitarist/vocalist Mike Warne. Director Kyle McCreight considers it a poetic meditation on the process of aging. “All of us played a buttload of THPS 2 in our youths, and we always got a false sense of talent from stringing together mega-combos in that game,” he remembers. “When you actually get the drive to head outside and step on our skateboard, you realize it’s not so much like riding a bike. It’s a skill you have to constantly nurture. Heading into our 30s, we have multiple wakeup calls that reveal your body’s age.”

Whoa now, buddy. That’s a little too close to home. While I go see if I can still knock out a kickflip (Spoiler Alert: I can’t), check out the video below.

Pkew Pkew Pkew will release their self-titled debut album on June 10th via Royal Mountain Records. Check out the album artwork below, and scroll down for a list of the band’s upcoming tour dates with fellow Canadian pop-punk darlings PUP. 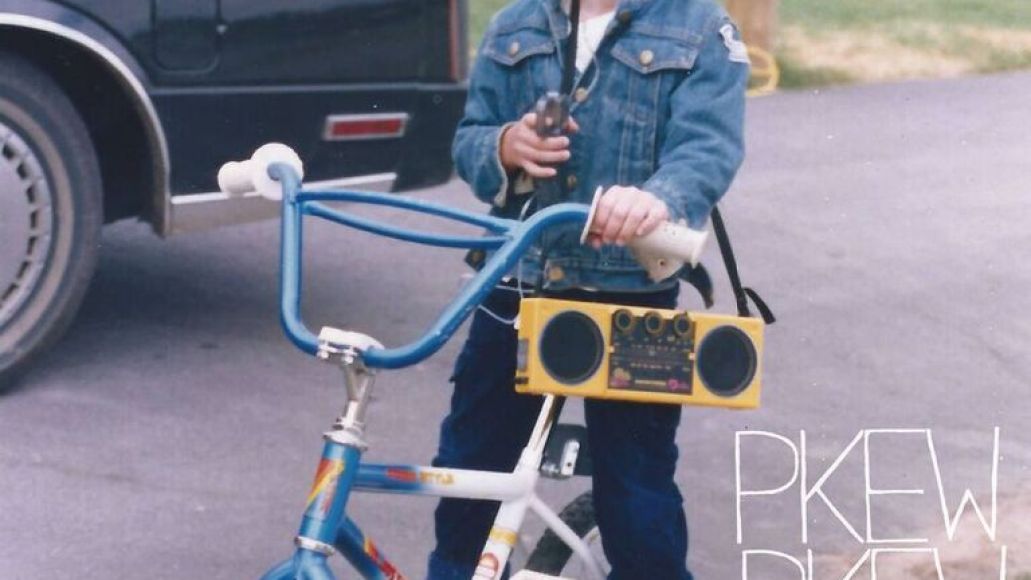