On June 10th, Diarrhea Planet will release their new album, Turn to Gold, via Infinity Cat Recordings. In anticipation, the LP is streaming in full below courtesy of NPR.com.

Turn to Gold serves as the Nashville garage rockers’ third full-length to date and follows 2013’s I’m Rich Beyond Your Wildest Dreams and 2014’s Aliens in the Outfield EP. Its 11 tracks were recorded at Sputnik Sound, the local studio co-run by Grammy-winning engineer Vance Powell (Chris Stapleton). Alongside Mike Fahey, Powell helped with engineering and production.

“Part of the benefit of us working with Vance again is that his whole thing is it’s gotta be big, it’s gotta be live, it’s gotta sound raw,” guitarist Evan Bird explained in a lengthy Buzzfeed feature on the album. “Some of the stuff that we did with [Kevin McMahon, who produced I’m Rich] was so cool, but we couldn’t reproduce it live.”

As for the album title, Bird told Stereogum how the band decided on Turn to Gold:

“I kinda threw it out as a joke, actually, but I liked the idea of a transitional thing and I kept joking about how I wanted this album to be our Back In Black, not necessarily — well, sales-wise, that would be ideal. In my mind, we had taken so much time off since recording a full-length record, gotten a new member…I wanted it to be the same kinda statement, like, “Hey, we didn’t go anywhere. We’re still the same band, everything’s good. Fear not.” But I also wanted to acknowledge that we’re in a transitional phase songwriting-wise — dare I say, maturity-wise. We were all saying we wanted to keep the “riches” theme going, and it struck me like a…solid gold lightning bolt. I was laughing, but the more I thought about it was like, actually, I feel pretty good about that, and everybody seemed to like it.”

Turn to Gold was preceded by early singles “Life Pass”, “Let It Out”, and “Bob Dylan’s Grandma”.

Pre-order a copy of the LP here. 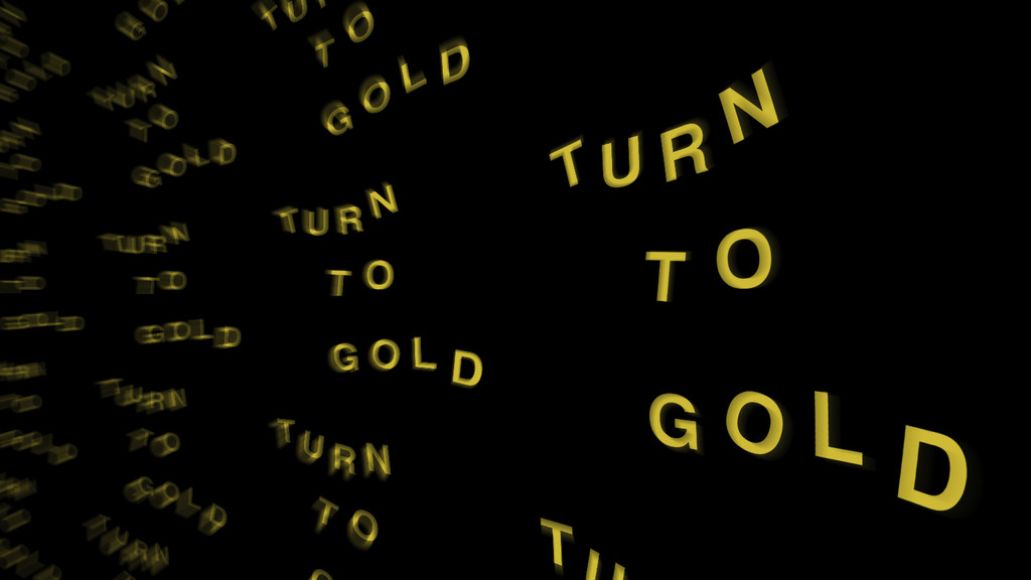