Tegan and Sara didn’t perform at Coachella this year, but their presence was still felt heading into the polo fields. One of their billboards shared real estate on I-10 with some of the biggest names to hit the stage, such as Disclosure and Major Lazer, and slightly more subtle yard signs littered the city of Indio. It was a bold advertising tool you’d expect from major-label talent, and given the duo’s marked turn from indie rock to pop, it made sense with the rapidly approaching release of their eighth studio album, Love You to Death.

Meeting Sara Quin for brunch at a low-key Silver Lake diner, though, doesn’t feel like a meal with a pop star. Her wit, her grounded replies, and her candid introspection on all elements of the group’s career are reminders that Tegan and Sara still possess the same qualities that have earned them adoration for more than 15 years. The twin sisters have always been evolving people with evolving tastes, but their drive for success has never come at the expense of staying true to themselves.

“This is the most authentic version of the band,” Sara reflects, her eggs and toast getting cold as she draws out a long response. “Making another bunch of guitar songs because our fans really liked when we sounded like that – that would be faking it.” She adds: “It’s more authentic and more like Tegan and Sara to just do what we want to do.” 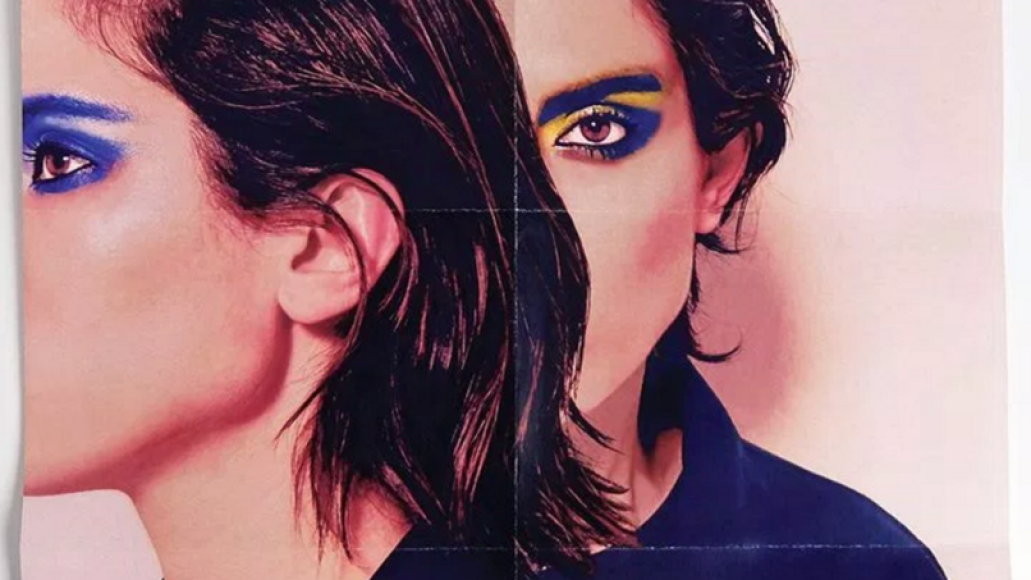 The Quin sisters’ identity is more than the sound they’ve established, and even their style underwent major changes before they unveiled their synth-heavy pop sheen on 2013’s Heartthrob. Tegan and Sara came out of the ’90s as an acoustic duo with folk and country roots offset by tattoos, asymmetrical haircuts, and their glaring youth (the sisters were still in their teens when they released their debut album, Under Feet Like Ours, in 1999). By the mid-2000s, they had found acclaim in Canadian indie-rock circles and the emo and pop-punk scenes, but they never really fit in with either camp. By phone, Tegan Quin relates how disenfranchised the pair often felt in the early years of their career.

Being identical twins, queer women, and successful touring musicians who opened for Neil Young (he signed the duo to his own label) while still teenagers, Tegan and Sara have come to terms with the idea of not fitting in. They spend their lives in tour buses and hotels; they travel the world and get on stage for a living. With so much of indie rock tied up in the idea of being average, Tegan and Sara took a while to understand and embrace all the ways in which they are not average.

“We do have the Canadian-girls-next-door kind of vibe, but we aren’t normal,” Tegan admits. “We aren’t the same, and our lives have been nothing like yours. And that started from the second that we started to be able to put together conscious thought and compare ourselves to other people. We’ve just never been the same as anyone except each other. And with that came an extreme confidence, because we always had each other, and it also set us apart. We’re used to being different, and we’re comfortable being looked at, and we’re comfortable taking that difference and wielding it to create whatever it is that we want.

“But I also think that difference has made us vulnerable, and it’s made us insecure at times, too. It prevented us for a lot of years from using that power. For a long time, we wanted to blend in, we wanted to be like everyone else, and I struggled for years with Sara comparing us to other bands that we don’t sound like, that we don’t look like, that we’re nothing like. Why can’t we start a new genre? Why can’t we start a new community? Why can’t we be a part of a new movement?”

Sara also speaks to this, noting that, in many ways, Tegan and Sara were taught to feel guilty for their success. After all, indie audiences have always had an easier time relating to struggle.

“It makes being successful so complicated that you don’t want to be successful,” Sara says. “A few years ago, I was talking with someone, and I kept calling myself normal, kind of being like, ‘But I’m just normal, friends with normal people, I do normal things.’ And the person was like, ‘But you’re not really very normal, your life actually is the opposite of what most people’s lives are.’ In trying to be relatable, there’s just a distortion there, and it can be exhausting to try to constantly be that version for everybody. In a way, by embracing pop music, we’re allowing ourselves to not be normal.” 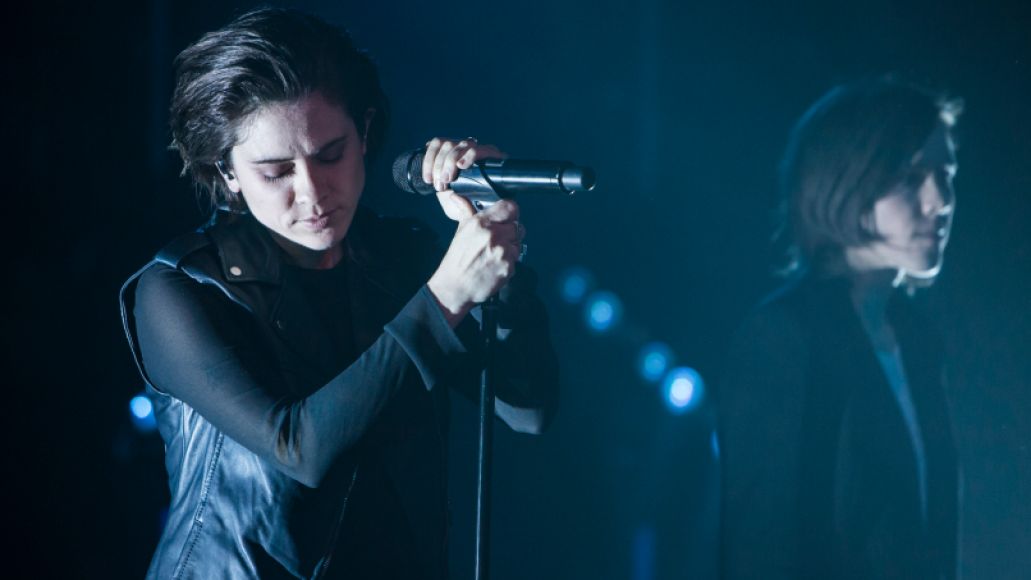 The flip side of this coin is that Tegan and Sara don’t want to be unrelatable, either. It’s the duo’s hope, Sara says, that “our experiences in love and in life are relatable.” In their lyrics, that universal experience is still present. Love You to Death, like their previous work, is very much the product of songwriters with keen insight into relationships and identity. Lead single “Boyfriend” finds Sara singing some of her most unguardedly queer lyrics ever, but the heart of the story – a lover still involved with someone else – is relatable to anyone. It helps that the sisters’ mutual eye for detail makes their experiences in song seem all the more real and thus all the more inclusive.

Love You to Death is also built solidly on the melodies and harmonies that have long defined the duo’s sound. Whether it’s Sara’s stripped-down ballad “100x” or Tegan’s blissful anthem “Stop Desire”, fans of the twins’ twin pillars of strengths should be satisfied. “Faint of Heart”, on the other hand, hits on an uplifting grandeur that wouldn’t be possible if the two songwriters were still writing guitar songs. It shouldn’t be too far of a leap for their fans, but Sara has come to terms with the fact that they can’t please everyone. 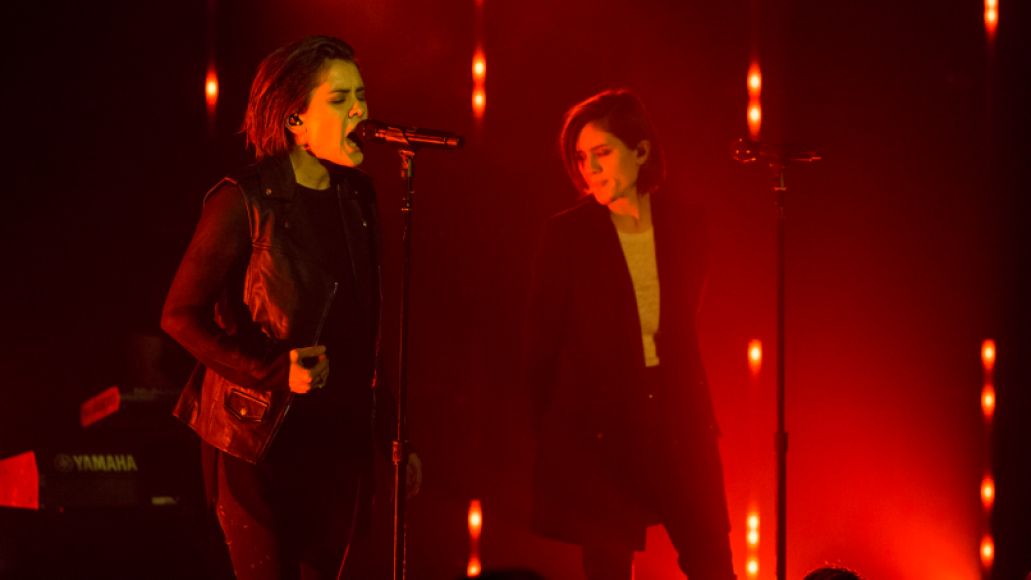 Though Heartthrob definitely marked a change of pace for Tegan and Sara, fans who preferred their early work could still enjoy those new songs in concert. In May, when the two returned to the stage at West Hollywood’s Roxy Theatre, they dove even further down their own rabbit hole. Those same Heartthrob tunes were now stripped of any backing tracks and excess instrumentation to fit in with the cuts off Love You to Death. And rather than simply recreate the recorded versions of their older material, the duo reworked those songs to match their current aesthetic. “Nineteen” became a tense, synth-led ballad, while “Living Room” throbbed with immediacy, touching the border of dance-music thrills. The only time Tegan picked up a guitar was for the show’s two bookends, when the pair knocked out a few acoustic tunes.

Tegan notes that none of these shifts happen without careful consideration. This one was designed to fix a problem they perceived while on the Heartthrob tour, where transitions between old and new material could be jarring. The pair have even invested in a musical director to help them achieve their vision, and the move has paid off. “The old songs feel revived and exciting,” Tegan insists.

Both Tegan and Sara are holding out hope that their new music will feel as fresh and intriguing to their fans as it does to them. This may prove their biggest gamble yet: There aren’t too many examples of contemporary artists who have been this willing to shift their style with changing interests. The late David Bowie comes to mind, but Tegan points to another hero that has long been an inspiration.

“We were so heavily influenced by certain ’80s icons like Bruce Springsteen,” she says, “that we were trying to craft a similar career without even knowing. We didn’t think in terms of ‘We’re going to put out a record’ when we signed our record deal. We chose the label that offered us five records because we worked out the math, and we figured that was going to be about 12 years. We’ve always thought in giant terms. Not in tomorrow, but in forever.

“He’s been our biggest influence in terms of what the Tegan and Sara trajectory could be, and so I think the reason we still tinker and we change and we evolve and we put so much pressure on ourselves to grow is because we still see our idol doing that. That’s how you have a career.”

Where younger bands might feel uncool speaking of success and career opportunities, Tegan and Sara own their aspirations. Sara refers to Tegan and herself as the bosses of their business, and they’ve even coined their own motto: “You can only blame ourselves.” They’ve crafted another great album in a career filled with great albums, one that stands as a testament to trusting themselves and trusting each other. Maybe this puts them at odds with some fans, but as Sara contends, there are few feelings more relatable than following your own heart.

“The ambition and the drive that fuels most people,” she says, “I have it, too.”

John Murphy on Scoring The Suicide Squad: "We Were Breaking All the Rules"

Tegan and Sara: Born to Run and Living in the Future