Frank Zappa has earned high, and well-deserved, posthumous praise. For example, according to the Rock and Roll Hall of Fame (wherein he was inducted by Lou Reed in 1995), Zappa was “rock and roll’s sharpest musical mind and most astute social critic.”

Since his death in 1993, Zappa’s legacy has remained intact, with the reissuing of his catalogue, release of a documentary on his life, and now the reopening of his vault which will deliver a pair of new, and timely, offerings: Frank Zappa for President and The Crux of the Biscuit. Both records will arrive July 15th from Zappa Records/UMe.

“We know at various times he wanted to run for office,” the press release reads. “In the spirit of the dramatic 2016 presidential election adventures comes a release that gives us a glimpse into what could have been.” Though one thing is for sure, there would be no disputes over whose music Zappa would use for campaign purposes.

The press release states Zappa for President is made up of unreleased material composed on the Synclavier, along with other unheard tracks that relate to the uniting political thread that ties it all together.

As for The Crux of the Biscuit, the record was created in concurrence with the 40th anniversary of Zappa’s acclaimed, Gold-certified 1974 album Apostrophe(‘). The upcoming record celebrates the past 40 years with a handful of alternate mixes, live performance recordings, and studio session outtakes.

The new releases follow a handful of others, all made possible by the partnership formed between the Zappa Family Trust and Universal Music Enterprises back in July of 2015. 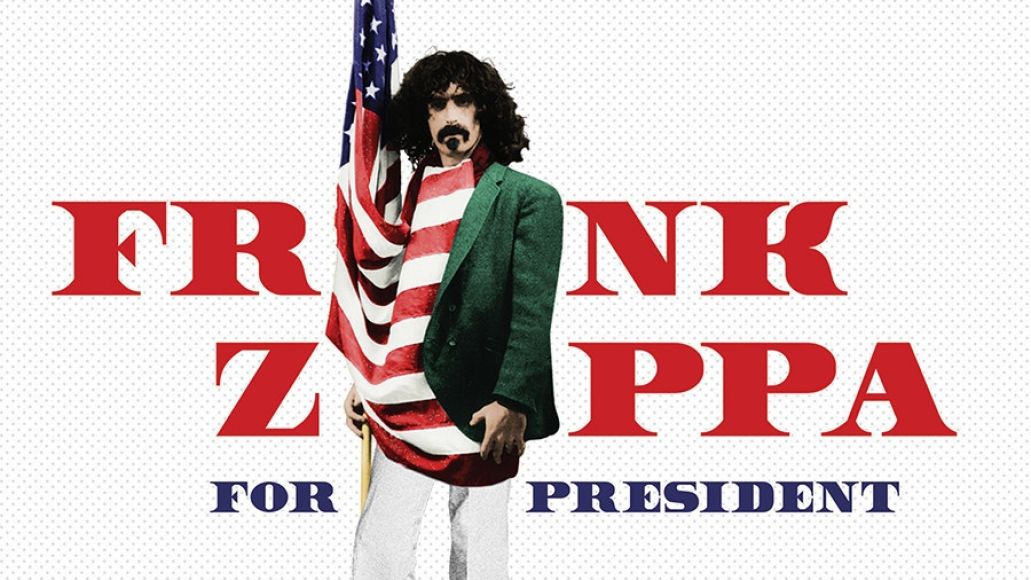