The original Sith Lord is back. A new cover story from Entertainment Weekly confirms plenty of details for this winter’s Rogue One: A Star Wars Story, but there’s one long-rumored detail that’s sure to have fans breathing heavily: Darth Vader will return in the new film.

It only makes sense that Anakin Skywalker would once again plague the Rebellion in Rogue One. The plot of the film sees a band of ragtag Rebel fighters tracking down plans for the Death Star from the original Star Wars trilogy. The planet-sized weapon was Vader’s pet project, so seeing him again isn’t a total surprise. Still, it’s nice to finally have the information 100% locked in after months of speculation.

Update: It gets better. EW has also confirmed that James Earl Jones will be returning to voice Vader in Rogue One. Jones reprised the role for the animated Star Wars Rebels recently, but this will mark a big return to the silver screen. However, Lucasfilm president Kathleen Kennedy cautioned fans not to expect Vader to be a prominent presence in Rogue One. “He will be in the movie sparingly. But at a key, strategic moment, he’s going to loom large.” Well, he only had 12 minutes of screen time in the original Star Wars, and look how that turned out.

EW revealed loads of other details in their story, as well. Mads Mikkelsen is confirmed to play the estranged father of Felicity Jones’ Jyn Erso. He’s a compared to J. Robert Oppenheimer, a scientist with insight into weapons technology that puts him on both the Rebellion and the Empire’s radar. Why he abandoned Jyn at 15 and what he looks like are being kept close to Lucasfilm’s chest.

In addition to delving into each of the main characters, EW hints that Forest Whitaker will be playing a character familiar to deep Star Wars fans. However, they may not recognize him right away, and the magazine isn’t ready to let slip exactly whom he is. More details can be found here, and you can check out the cover, which reveals the slimmed down AT-ACT cargo walkers and TIE Strikers, below. 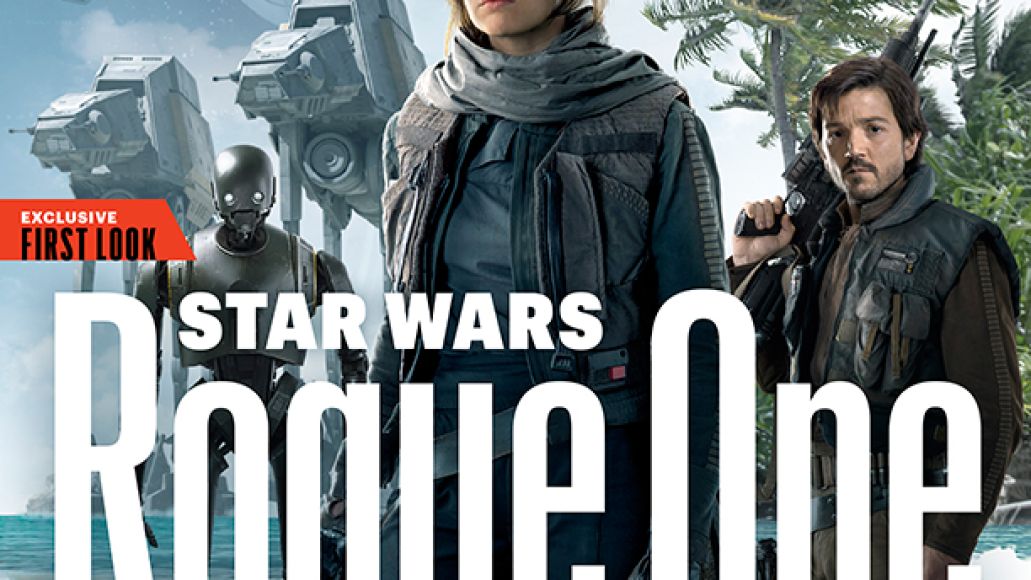 Update: Darth Vader confirmed to appear in Rogue One: A Star Wars Story