When critics and fans can’t find consensus, it creates a divide. The Critical Divide finds Philip Cosores examining a different musical act each month, toiling with why an audience might embrace a band that experts are quick to dismiss, or vice versa. This month, we look at Long Beach trio Sublime, in honor of the 20th anniversary of their self-titled debut.

Two deaths from the ’90s still reverberate daily on the airwaves of alternative rock radio: Kurt Cobain’s in 1994 and Bradley Nowell’s in 1996. Beyond that, the similarities between Cobain and Nowell are slim. Both were heroin addicts, and both saw the drug contribute heavily to their eventual downfall. Both men fronted bands, Nirvana and Sublime, whose names referenced higher plains of religious enlightenment, be it in the Buddhist or Catholic traditions. And both left behind a legacy of songs that were often tortured and inspired, seeing their hits continue to roll out long after they’d been buried.

Among their many differences, though, is the critical esteem Cobain holds in comparison to Nowell. Cobain is immortalized by fans and critics alike as a poet, an artist, even a musical genius. Nowell, on the other hand, isn’t given much consideration at all outside the three minutes that “What I Got” or “Santeria” infiltrates public spaces and car radios. It’s worthwhile to ask whether Sublime’s derision is deserved, or if it’s even fair.

2016 marks 20 years since both Nowell’s death and the release of Sublime’s self-titled album that wound up being a commercial breakthrough. The tragedy of the band has been well-publicized, but the circumstances still sound scripted in their sadness. Nowell’s heroin overdose in a San Francisco hotel room came a couple months ahead of the band’s major label debut. Tragically, it was a week after he got married, and a one-year-old son was left behind.

It was a dark ending foretold in much of his own music. Just look at the lyric of “Pool Shark” in which he describes his addiction in stark terms: “One day, I’m gonna lose the war.”

But it wasn’t like Sublime were completely unknown at the time of Sublime‘s release. Their 1992 debut, 40oz. to Freedom, received a second life when Los Angeles radio station KROQ began playing “Date Rape” in 1995. The song eventually became one of the top 10 most-played songs on KROQ for that year and quickly spread to “modern rock” formats nationwide. This set the table for a record deal with MCA for Sublime, an event that proved too much for the band to deal with, according to a recent oral history with KROQ.

Between the recording of “Date Rape” in 1991 and its breakout success, Sublime had taken a step backward creatively, with 1994’s Robbin’ the Hood going mostly ignored as a haphazard, hit-and-miss affair. Leading up to the self-titled record, it was very much a sink-or-swim scenario for the band. If they made it to radio, they had a chance to blow up on the alt-rock circuit. If they didn’t, they’d likely be relegated to one-hit wonder status. The novelty of “Date Rape”, at least, ensured them afternoon Warped Tour sets alongside fellow ska-punk moderate successes like Reel Big Fish and Save Ferris for the rest of their existence. 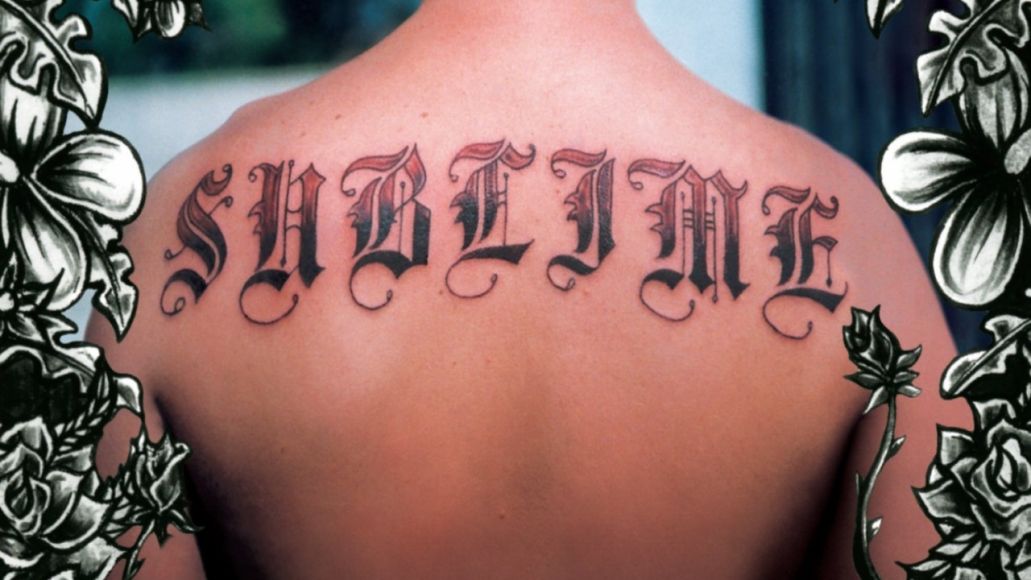 It’s hard to say whether Nowell’s death ultimately helped Sublime become such a success. Even without the ability to tour behind the release, “What I Got”, “Santeria”, and “Wrong Way” all became massive radio hits, making a mark on MTV in their pre-TRL era. The songs’ melodies are undeniable, and they tapped into a smoke/surf/skate SoCal culture that the rest of America seemed ripe to embrace. Everything from the rise of Warped Tour and pop punk to the emergence of mall fashion from Pacific Sunwear speaks to a culture that was primed for music like Sublime’s. But it also wasn’t an era that would accept an aesthetic without the songs. Sublime’s best asset was always Nowell because of his voice, his songwriting, and his ability to give the reggae and punk songs a fresh makeover. His songs worked in a similar fashion to mid-’90s hip-hop, turning a sampled hook into an entirely new composition.

They were memories turned into art, and Nowell undoubtably had a unique lens through which to view the music he loved.

Without Nowell, Sublime had little to offer. Need proof? The next year, Sublime’s surviving two members, Eric Wilson and Bud Gaugh, would form the Long Beach Dub All-Stars, and though Sublime fans would pay casual attention to the project for its five years of existence, the endeavor never wound up anywhere. It was only after resurrecting Sublime via Rome that they returned to the commercial spotlight. Despite the fact that it now features only one of the original members (Wilson), the band still draws in crowds. Unfortunately, their function doesn’t extend far beyond being a cover version of the original band.

Sublime with Rome’s mere existence makes it easy for critics to dismiss the entirety of the project, but there are other reasons to consider. Take their breakthrough single, “Date Rape”. As the title not-so-subtly indicates, the tune takes on a topic that shouldn’t be turned into a joke. But there is Nowell, creating a scenario that manages to both repudiate the actions of a rapist and use those actions as a punchline. It’s hard to say which is a bigger surprise: alternative radio’s decades-long commitment to sticking with such a problematic track or the benefit of the doubt that Nowell garnered for no reason aside from the fact that it’s a catchy tune. If there was any doubt about Nowell’s intentions, a 1995 interview with Axis Magazine dispelled it.

“I’ve never raped anyone as far as I can remember,” Nowell confided. “We were at a party a long time ago, and we were all talking about how bad date rape was. This guy was like, ‘Date rape isn’t so bad. If it wasn’t for date rape, I’d never get laid.’ Everyone at the party was bummed out about it, but I was cracking up and I wrote a funny song about it.”

The thing is, Nowell’s lyrics don’t deserve a pass. That includes another hit, “Wrong Way”, in which a twelve-year-old girl being forced into a life of prostitution is also given the lighthearted treatment. Sure, the song’s narrator might be apologetic for “staring at [the] tits” of a child, but both the song’s existence and its endurance as an alt-rock staple is flat-out disturbing.

Or take “April 29, 1992 (Miami)”, Nowell’s recollection of participating in the Rodney King riots. “They said it was for the black man/ They said it was for the Mexican/ And not for the white man,” he sings before justifying his own connection with the circumstances. Attempting to detract from the obvious blackness of the situation is akin to shouting “All Lives Matter” in 2016. The song doesn’t find Sublime standing in solidarity with people of color, but rather appropriating their protest to suit their own needs.

Critics ignore Sublime for more simple reasons. Their watered-down white-boy reggae isn’t just unpalatable for anyone with a deep respect for the genre; it’s cultural appropriation at its most base level. Even if Nowell and his cohorts intended to honor the music that clearly meant so much to them, the result wound up looking more like exploitation. And if you look at influence, we have Sublime to thank for such musical bummers as The Dirty Heads and Twenty One Pilots. Their lasting legacy extends beyond their own unappealing contributions, greasing the wheels for others to craft similarly unappealing music.

With that said, Sublime does have a place. I went to college at UC Santa Cruz, and in the early aughts, they were right up there with Dave Matthews Band and Jack Johnson for the title of most ubiquitous dorm-room fodder. All those acts make sense when your buddy is strumming his acoustic guitar next to a campfire, when clouds of marijuana and keg-cup brews are driving your mind toward a peaceful haze. It was enough at the time to get me to buy a Sublime shirt, learn the lyrics to “Boss DJ”, and look past the trio’s very real problematic core. In a sense, that’s always what Sublime have represented: music for those who don’t read too closely, who don’t want to put too much critical thought into their enjoyment of a thing. But just because it was never intended to hold up to scrutiny, that doesn’t mean we shouldn’t scrutinize. And under the microscope, there is very little about Sublime that is worth paying attention to.

20 Years Later, Are Sublime Still Worth Paying Attention To?