If IMDB’s rating system is to be trusted (it’s not), then your enjoyment of Paul Feig’s ghosts-to-the-front remake of Ghostbusters might come down to whether you’re a mister or a missus. Reddit user elitesick posted a ratings breakdown of the movie based on gender and age, showing that men ranked the movie much lower than women. 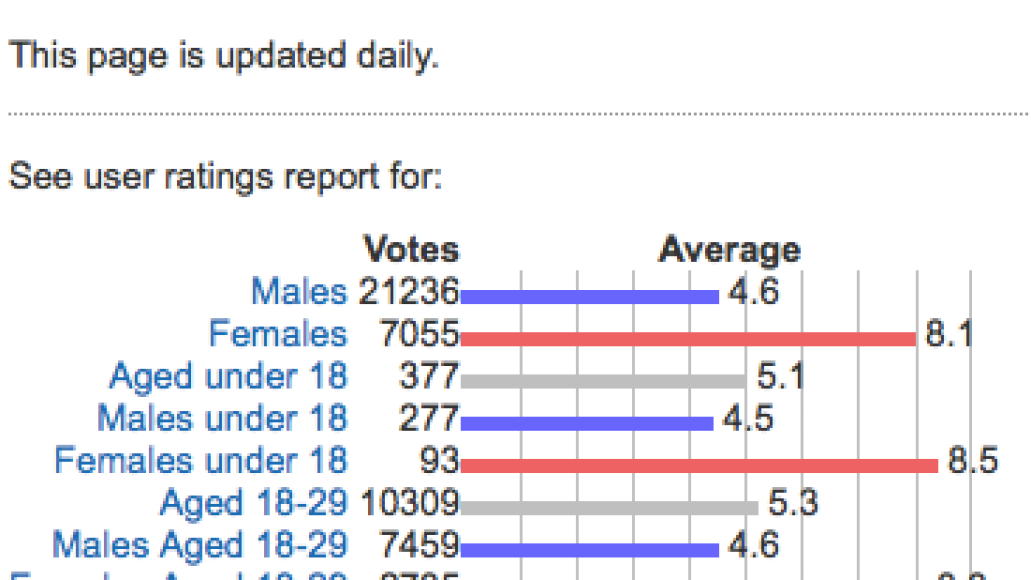 Males gave the movie a rating of 4.6/10 overall, in comparison to a 8.1 from females. If you spent any time in the fetid swamp of misogyny that is the Internet during the lead-up to controversial remake, you probably aren’t surprised.

The most common score across all genders was a 1/10, which almost certainly were lodged by people who didn’t actually see the film (and given the way the scores shook out, we can guess they’re probably mostly men).

For what it’s worth, we’ve had three male film critics actually see the movie with a 66% positive outcome: Gerber & Gerber were kind of split but Blake Goble really liked it! If anything, it’s certainly a better remake than whatever this is from Fall Out Boy.