Founding member Tom DeLonge quit Blink-182 so that he could focus his efforts on UFO research. “I can’t tour nine months out of the year with enough time to do the enormity of what I’m setting out to do,” DeLonge told the Mic in a recent interview. He went on to add that his interest wasn’t just a personal passion, but also immensely important to the country’s national security.

Now, DeLonge has shared a photo of his “sekret meeting” with a former president of the United States — or something like that.

“Believe it or not, this is what a Sekret Meeting looks like,” he captioned the photo. “They were waiting for my arrival. I seem to have been doing quite a lot of these lately. And yes, it is who you think it is…”

The photo shows the back of an elderly gentleman with white hair — who, we are to presume, is Bill Clinton. The only problem is the man doesn’t really look like Bill Clinton. Not to mention, Bill Clinton is occupied in Philadelphia celebrating his wife’s nomination for president, so why on Earth would he be meeting with Tom DeLonge about aliens, and why on Earth would such a high-security meeting take place in the middle of a hotel lobby?

Upon realizing that A.) he blew the cover of an important meeting between world luminaries, or B.) he’s batshit crazy, DeLonge deleted the photo from Instagram. 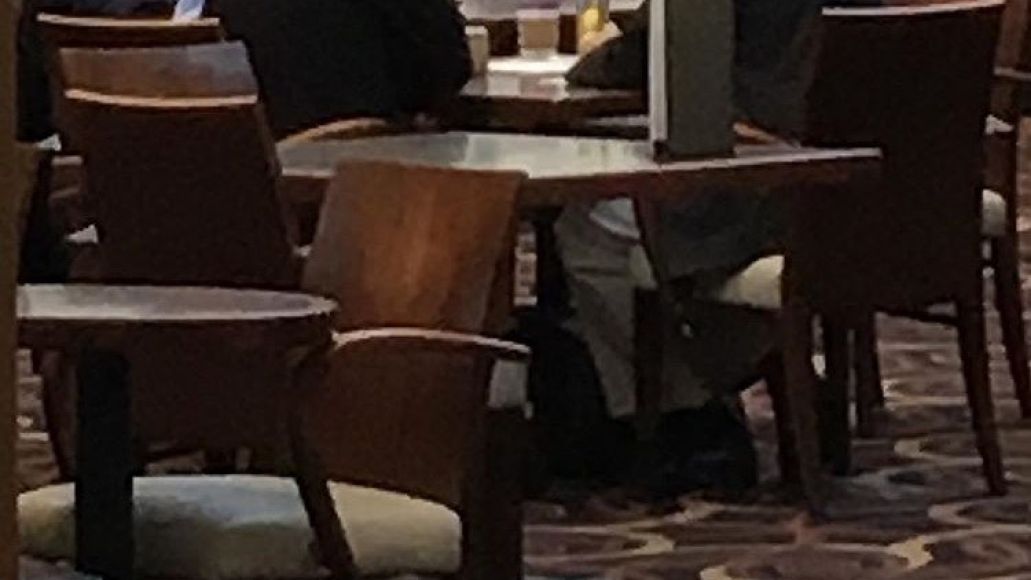 I'm not going to say Tom DeLonge is batshit crazy, but...