Day one of the RNC was rather tame. By far the biggest draw was an End Poverty Now rally with Tom Morello and the Prophets of Rage. The band played a pop-up show on the eastern side of downtown Cleveland. The set featured a mix of Rage songs as well as a few of the band’s originals. Highlights included a cover of Beastie Boys’ “No Sleep till Brooklyn” and a closing fuck you to the RNC via “Killing in the Name”. The band then mobilized and marched with the crowd to Cleveland’s Public Square, which is the largest designated protest zone during the RNC. The Prophets of Rage will play the Agora Ballroom tonight in Cleveland. 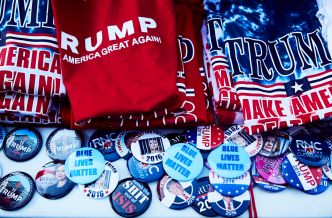 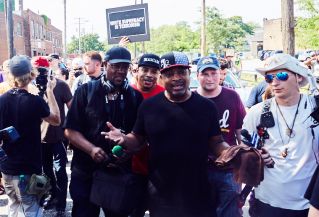 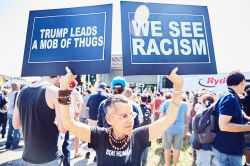 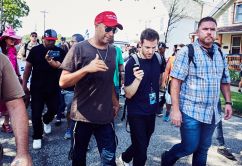 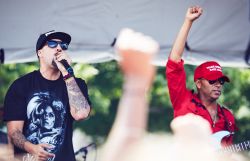 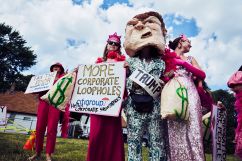 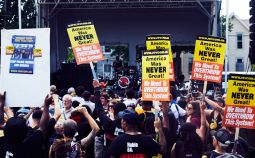 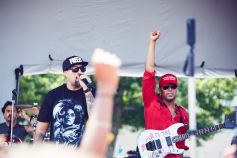 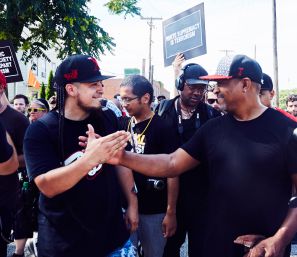 In Photos: Prophets of Rage Protest the Republican National Convention