It’s been a rough few years here in America. Ever since Ferguson, there’s been a sense of hypertension running through the streets. That tension tragically snapped again this week with the police shooting deaths of Alton Sterling and Philando Castile. In response to more seemingly senseless killings of black people at the hands of officers, protests sprung up across the country; one of those, in Dallas, unfortunately brought further tragedy as snipers ambushed police, leaving five officers dead.

Like many of us, Jay Z has been trying for years to figure out how to react to all this. Last night, he released his ode to those lost in the form of a new track, “spiritual”.

Maybe it’s a stroke of bad luck that Jay dropped a tribute to victims of police brutality just hours before the Dallas shootings, but one woe does not belittle the other. Besides, it doesn’t take a giant leap to hear lines like “I am not poison, no I am not poison” and “I just wanna do good” and transpose them onto any victim of futile violence. Though a note released with “spiritual” makes it doubly clear the song is about the likes of Sterling, Castile, Michael Brown, and others, it shouldn’t be taken as an attack on cops — it’s a call for peace on all sides. As Jay wrote in his message, “I’m saddened and disappointed in THIS America — we should be further along.”

Listen to “spiritual” below, followed by Jay Z’s accompanying note. Jay’s wife, Beyoncé, also released a message about police killings in a similar fashion on her own website last night, shortly before holding a moment of silence at her concert in Glasgow. Read the note and watch that footage here. 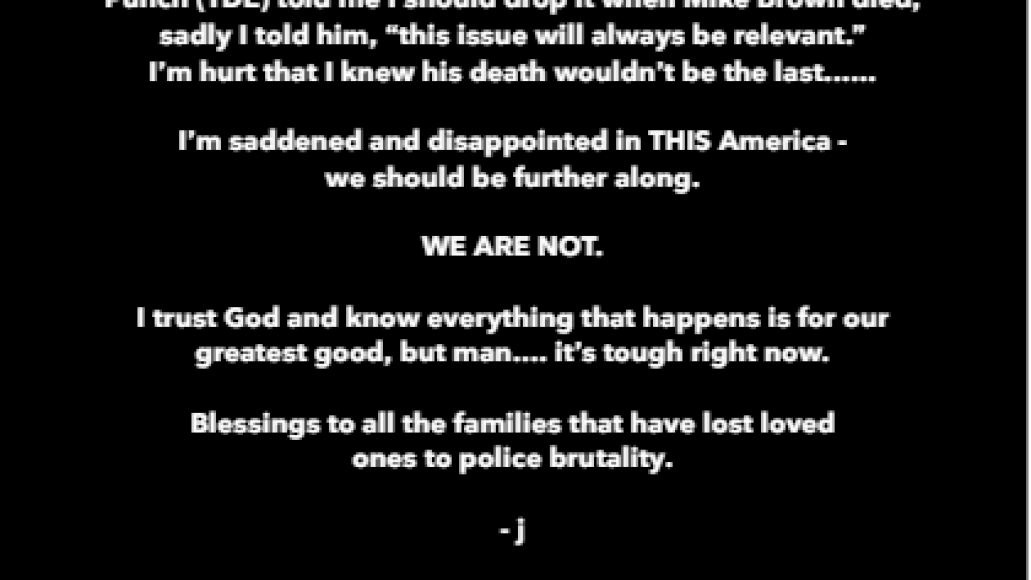