For those of you that aren’t football fans, last year’s Denver Broncos were a bit of an abnormality. Boasting one of the greatest quarterbacks of all time, the team managed to win the Super Bowl in spite of Peyton Manning, not because of him. His shoulder was shot, he’d just missed a bunch of games, and his backup was arguably in a better position to lead the team; there were plenty of reasons why the Broncos should have failed with Manning behind center. But they didn’t. He was good enough to hold off the Panthers to win the Super Bowl and wound up retiring shortly thereafter.

Now it’s not a perfect analogy, but seeing Brian Wilson headline a sold-out Hollywood Bowl to perform Pet Sounds reminded me a lot of Peyton Manning and the Broncos. Wilson is also one of the all-time greats, a legacy that has been well documented for both its creative highs and its tragic lows. And this tour is supposed to be the album’s swan song, celebrating 50 years since its creation with one last run around the world. But a courtesy analysis of Wilson at this stage of his career points to a multitude of reasons why this tour shouldn’t work. He can’t sing like he used to, he needs a teleprompter to remember lyrics and stage banter, and he sits behind a piano he barely touches. But in spite of all these things, Pet Sounds still managed to be a concert event, both touching and transportive, enough of a balance between a nostalgia trip and modern re-creation that one of the best albums of all time was done the justice it deserved. 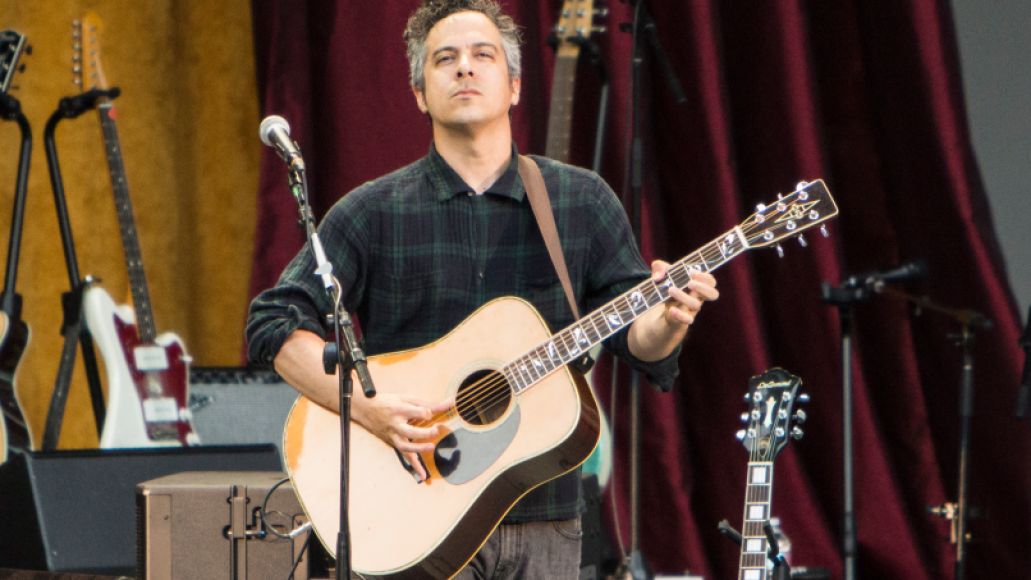 Helping the evening earn its transcendence was opener M. Ward. Touring behind his eighth solo album, March’s More Rain, Ward did much more than simply whet the appetite of the massive crowd of Wilson fans. Over the course of his 55-minute set, Ward showcased tunes from his entire career, hitting on tracks from his best album, Post War (“Poison Cup”, “Chinese Translation”, “Rollercoaster”), as well as a number of newer tunes.

But representing his whole catalog goes beyond his solo work, and Ward was able to highlight this as well, welcoming both his She & Him partner Zooey Deschanel to the stage for a trio of songs (“Magic Trick”, “Never Had Nobody Like You”, and “Rave On”) and his Monsters of Folk brothers Conor Oberst and Jim James for three others (“To Save Me”, “Vincent O’Brien”, and “Whole Lotta Losin'”). Considering that She & Him, Bright Eyes, and My Morning Jacket have all been Hollywood Bowl headliners at some point, Ward’s Coachella-worthy spectacle of guests was a major treat for an opening set.

Still, as special as Ward made his set, it never took the attention away from the night’s main course. Considering the aforementioned flaws in Wilson’s present-day performance abilities, the set works by letting him remain the star while leaning on his band. This includes Al Jardine, who excels in his role as storyteller, providing context to songs that Wilson simply can’t at this point. Blondie Chaplin was also present, showcasing both his singing and his guitar playing on tracks “Wild Honey” and “Sail on Sailor”. 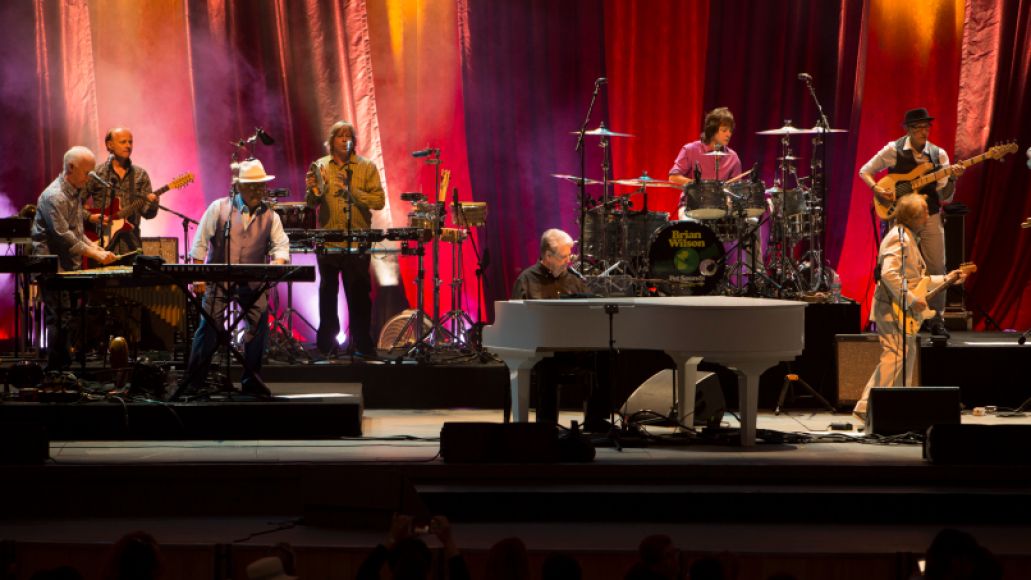 Most impressive, though, is Jardine’s son Matt, who provides all the high-pitched falsetto vocals that are signature to the sound of The Beach Boys. Often Wilson and Matt Jardine would trade off lead within songs, while the younger Jardine also got his own opportunities in the spotlight, including a precise rendition of “Don’t Worry Baby” during Wilson’s first set.

Yes, first set. As in Brian Wilson didn’t just knock out Pet Sounds during the concert. The night ended up being divided up with a set of non-Pet Sounds favorites, then the complete Pet Sounds with “Good Vibrations” tacked on, and closing with an encore that included “Surfin’ U.S.A.”, “Fun, Fun, Fun”, and “Barbara Ann”. And this allegiance to not only the album being celebrated, but the breadth of Wilson’s career, also fed into the night’s success. The core of the performance was the songs, the music that resonates in the recesses of our collective unconscious. Wilson’s songs are so ingrained in American culture that you don’t even realize how many you know until they are dished out to you. And because there were so many great songs presented, the moments where Wilson was asked to carry the show, particularly “God Only Knows”, which received a mid-set standing ovation, were allowed a rose-colored reception.

It wasn’t winning the Super Bowl for Wilson and his band, as their tour isn’t over yet. But it’s hard to imagine performing at their hometown’s most iconic venue won’t be the highlight of Wilson and his 10-piece band’s anniversary tour for Pet Sounds. If it is the last time Los Angeles ever hears Wilson play this album, then at least Wilson went out on a high note.

Brian Wilson’s Setlist:
Our Prayer
Heroes and Villains
River Deep, Mountain High
California Girls
Dance, Dance, Dance
I Get Around
Hushabye
Surfer Girl
Don’t Worry Baby
California Saga: California
One Kind of Love
Wild Honey
Sail On, Sailor
Second Set
Wouldn’t It Be Nice
You Still Believe in Me
That’s Not Me
Don’t Talk (Put Your Head on My Shoulder)
I’m Waiting for the Day
Let’s Go Away for Awhile
Sloop John B
God Only Knows
I Know There’s an Answer
Here Today
I Just Wasn’t Made for These Times
Pet Sounds
Caroline, No
Good Vibrations
Encore
All Summer Long
Help Me, Rhonda
Barbara Ann
Surfin’ U.S.A.
Fun, Fun, Fun
Love and Mercy 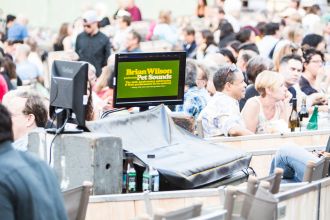 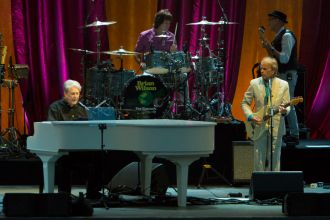 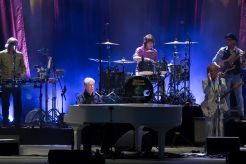 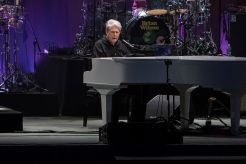 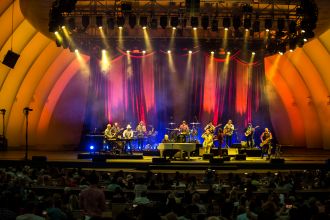 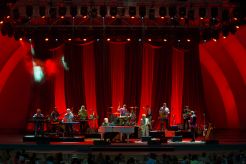 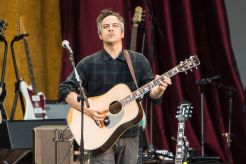 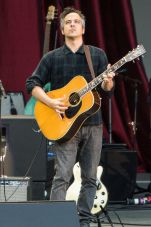 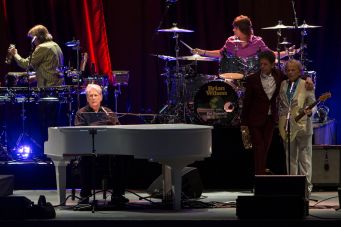 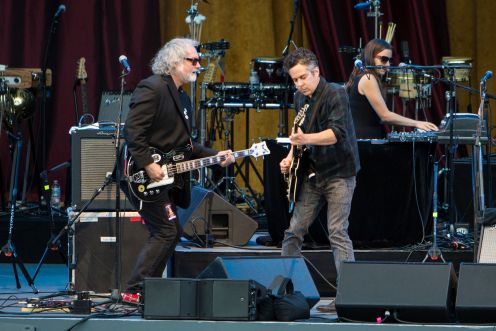