Rap is not typically a genre that lends itself to live instrumentation. Most rap artists work through their sets using pre-recorded tracks, echoing the verses and choruses of their digital selves while pristine, laid-down drum and bass rhythms bounce around the venue. That’s merely an observation and not any type of knock against the practice. Some of the greatest performances I’ve seen were presented through this method. That being said, there’s really something exhilarating about watching a collection of musicians working together to bring a song to life. Anything can happen.

That feeling was in full effect on Wednesday evening when both Donnie Trumpet & The Social Experiment, as well as Philadelphia’s finest, The Roots, took the stage at the Petrillo Music Shell in Grant Park for the annual Taste of Chicago Festival. As you may well know, Donnie Trumpet, aka Nico Segal, is a close cohort and collaborator of the city’s most prominent artist of the moment, Chance the Rapper. He worked with him to create last year’s outstanding album, Surf, as well as the young rapper’s most recent celebrated mixtape, Coloring Book. In the days leading up to the performance, many were openly speculating that Chance might turn up for a guest spot. When he finally confirmed the rumors on Twitter, the show suddenly became a can’t-miss event.

Tmw at 5 we're playing the Taste.

Strolling out in front of the rapturous Chicago crowd promptly at 5:30 p.m., Donnie Trumpet immediately ran his band through a number of instrumental jams from Surf. It was a quick reminder that, yes, everyone was excited to see Chance — even the affable event staffer who handed me my press wristband cheerfully advised me to “Enjoy Chance!” — but this was really Donnie’s time to shine. The stage was littered with a staggering array of musicians dressed all in white, complete with guitar, bass, drums, trombone, three trumpets (of course), two sax players, two keyboards, a xylophone, and a five-piece choir. Segal led and directed them all superbly using an array of hand gestures and head nods in an attempt to elicit the perfect mood for the given moment. 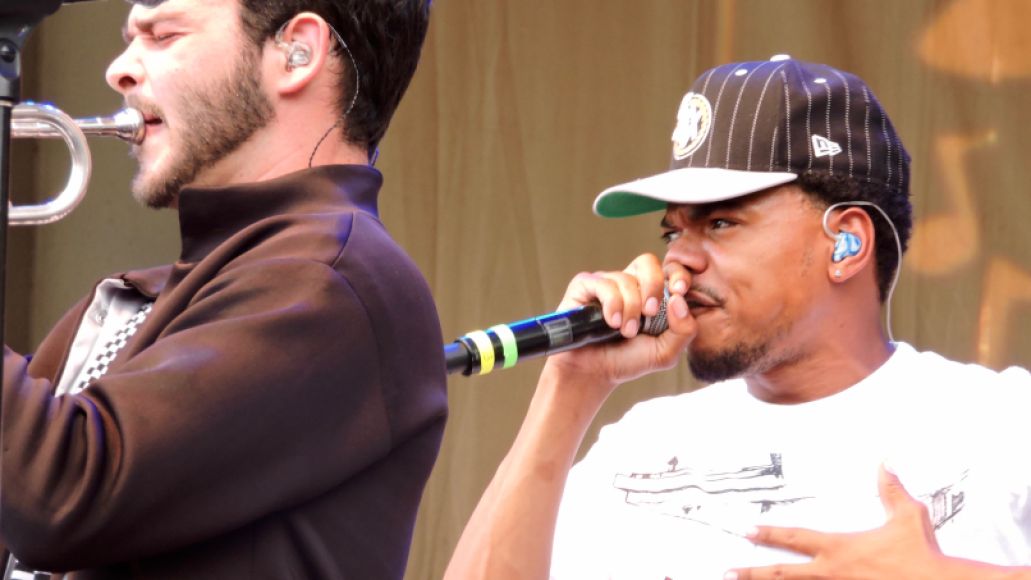 Midway through the set, out came a local rapper named Mike Golden to assist on the song “Go”. He was quickly joined on the track by up-and-comer Joey Purp who was then given his own turn in the spotlight to rap out two tracks from his latest mixtape, iiiDrops. When they left, D.R.A.M. took up the stage to sing “D.R.A.M. Sings Special”, a tender interlude from Coloring Book.

Finally, about half an hour after the Social Experiment began, Chance made his entry onto the stage with his signature squawk. They immediately launched into a shortened version of “No Problems” that was followed up by the song “Blessings”. Jamila Woods, who appears on the recorded version, was brought out to sing the song’s touching refrain, “I’m gonna praise him/ Praise him ‘til I’m gone.”

By this point, the crowd had absolutely lost its mind. Besides a modest collection of seats up front, the Taste of Chicago is a free event that typically has no problems pulling in many thousands of spectators. In spite of the threat of thunderstorms that were scheduled to touch down just as the Social Experiment were slotted to perform – the storms never came and the day couldn’t have been nicer – people had gathered as far as the eye could see on Chicago’s front lawn to lose themselves in the music of the city’s favored son. He didn’t disappoint either. With his combination of charm, unbridled energy, and innate showmanship, Chance has quickly forged a reputation as being one of the best, young live performers in the music world today.

An especially turnt rendition of Kanye West’s “Ultralight Beam” was followed by a fitting moment of silence for Alton Sterling, a black man who had just been killed by a police officer in Louisiana the day before. When it ended, Segal stepped to the microphone to announce that moments of silence should be followed by moments of joy. With that, Chance and the band launched into a spiritually supercharged take on their song “Sunday Candy” and then made way for The Roots. 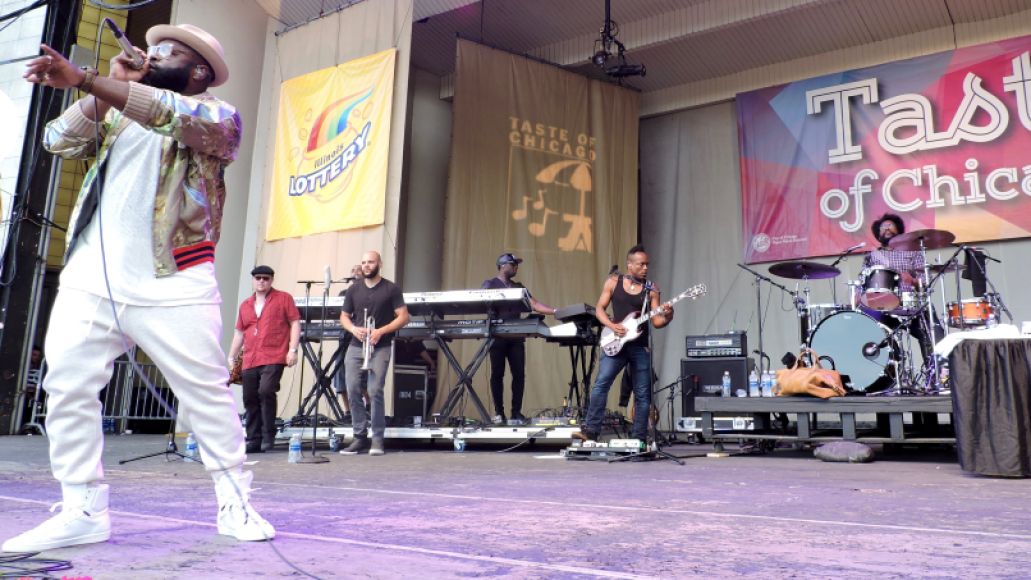 It was actually stunning the ways in which The Tonight Show band felt similar, if not noticeably more polished, to their younger brethren. Black Thought prowled around up front, spitting lines with a joyful fury, while Questlove directed traffic from behind his drum kit. There was an intense amount of drama, intrigue, and showmanship – especially from guitarist Captain Kirk Douglas – in the way that they all played their parts and moved across the stage that was instantly engaging and incredibly impressive to watch.

The Roots have one of the most reliable day jobs in the entertainment industry. They really have no business hitting one-off festivals at this point in their career. It seems as though the pure thrill of performing live in front of a mass of people compels them to do so. It’s a true testament to their drive and talent that they can continue to make classic tracks like “The Fire”, “Game Theory”, and “Seeds 2.0” sound so vital. The Jussie Smollet/Taraji P. Henson cameo on “You Got Me” was an especially cool touch. 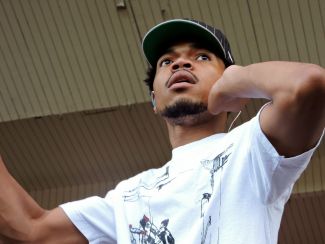 The Roots // Photo by Corbin Reiff

The Roots // Photo by Corbin Reiff

Live Review: Chance the Rapper and The Roots at Taste of Chicago (7/6)