The Stone Roses only booked one U.S. concert in 2016, so expectations were high for the Manchester quartet when they arrived in NYC. The bar had already been set earlier in June, when Ian Brown and co. took their hometown Etihad Stadium by storm for four consecutive shows. (Maybe the Brits also realized how far gone the GBP is post-Brexit, because a jar of air taken from a gig made the rounds on eBay for £65,000.)

The air seemed to be just as rarefied at the sold-out Madison Square Garden. The last time The Stone Roses visited the Big Apple was way back in 1995, when they performed at Webster Hall. Two decades later, their reception remained incredibly warm, and as soon as the band emerged onstage, the audience rose, raring to go from opening hit “I Wanna Be Adored”.

For their part, the band members genuinely seemed to enjoy themselves, as well. At the start of “Begging You”, Brown gleefully stretched out his arm and spun around the stage as guitarist John Squire’s pulsing riff kicked in. And on “Waterfall”, Brown continued to lean offstage to toss his ever-present tambourines to fans in the front row. 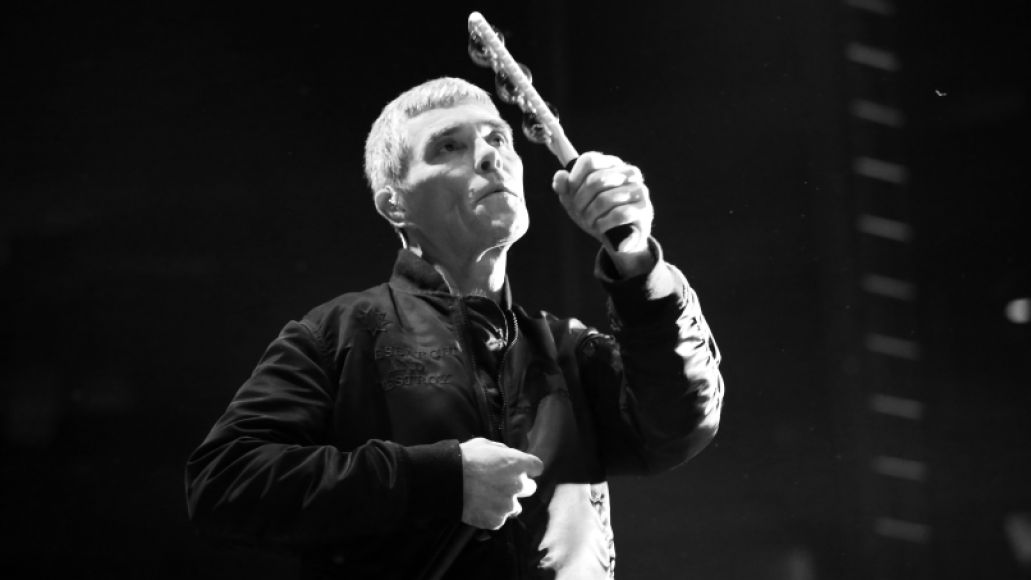 Historically, criticism of the band’s live sets has been reserved for Brown’s singing and stage presence, but at The Garden his performance was mostly sharp. Occasionally his voice did get lost amid the instrumentation, like on “Don’t Stop” and at the start of “Love Spreads”. But Brown made up for it on both the subtle (“Elizabeth My Dear”) and grand (“All for One”) moments of the gig.

The latter, their recent comeback single, was a simple tune tailor-made for arenas, exemplifying the communal atmosphere and the band’s chemistry. Led by Brown’s croon and Squire’s rollicking riff, the huge singalong rippled through the crowd.

The band saved the best for the latter half of the set, though. Mani’s catchy bassline and Squire’s funky riff made a potent combination on “Fools Gold”. The crowd roared along to the anthemic chorus of “Made of Stone”. And drummer Reni’s brisk intro was a dead giveaway for “She Bangs the Drums”, which the audience also bounced along to. 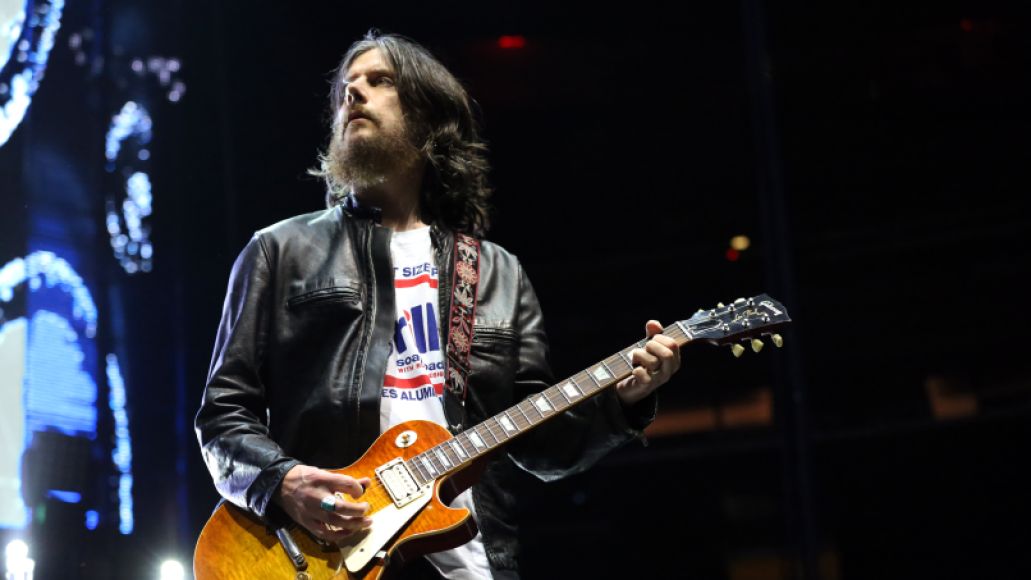 Brown seemed to have grown quite fond of the fans by “This Is the One”, because when he saw a crowd-surfer get roughed up by security, he exclaimed, “Ya dick!” and spat in their direction. The audience took over the chorus, belting out the words as the track exploded out of its low-key interludes.

If fans checked out their Manchester setlists to brush up on deep cuts, they would’ve realized that this was almost the same set as heard across the pond, so unfortunately “Beautiful Thing” wasn’t performed live here, either. (The latest single did, however, play over the arena speakers after the show.)

The band made no pretense of faux-exiting and simply closed with “I Am the Resurrection”, which paved the way for Squire’s glorious guitar jam and Reni’s rapid-fire drum hits. At the end, Brown profusely thanked the crowd. The band members embraced before taking a deep bow: all for one, one for all.

Setlist:
I Wanna Be Adored
Elephant Stone
Sally Cinnamon
Mersey Paradise
(Song for My) Sugar Spun Sister
Bye Bye Bad Man
Shoot You Down
Begging You
Waterfall
Don’t Stop
Elizabeth My Dear
Fools Gold
All for One
Love Spreads
Made of Stone
She Bangs the Drums
Breaking into Heaven
This Is the One
I Am the Resurrection 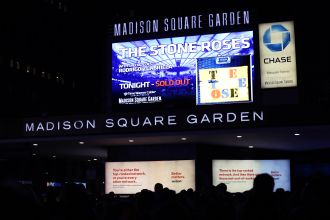 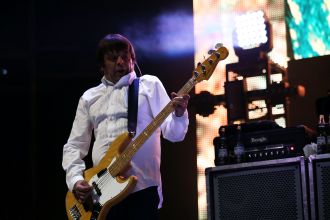 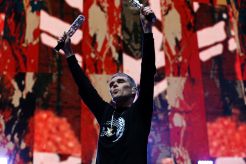 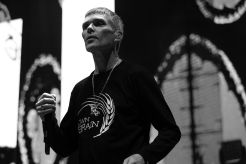 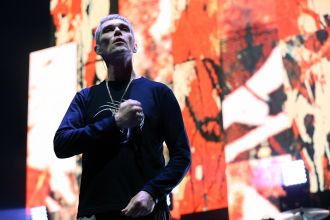 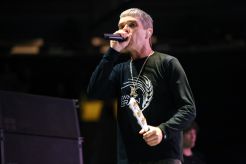 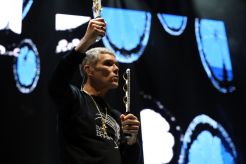