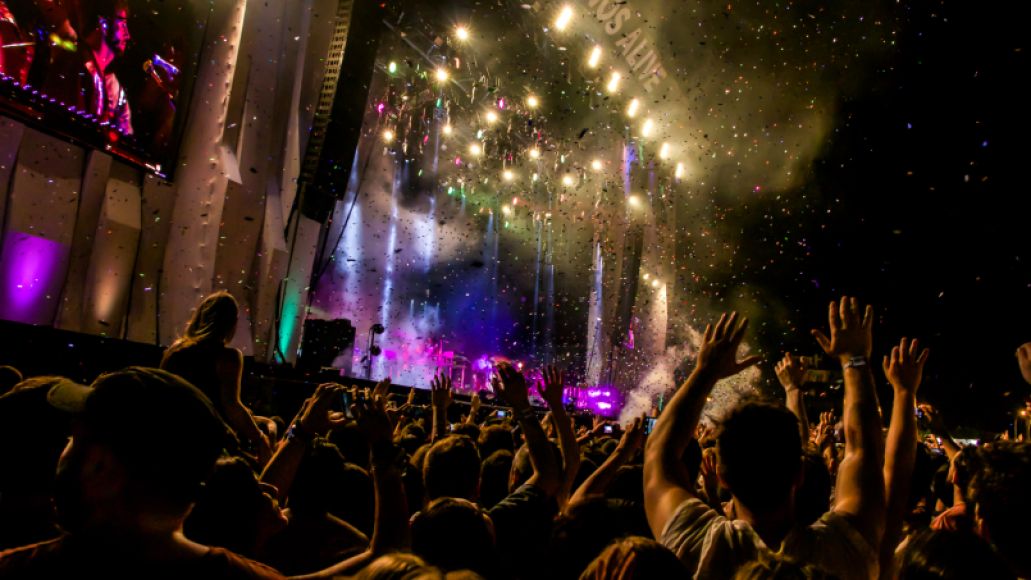 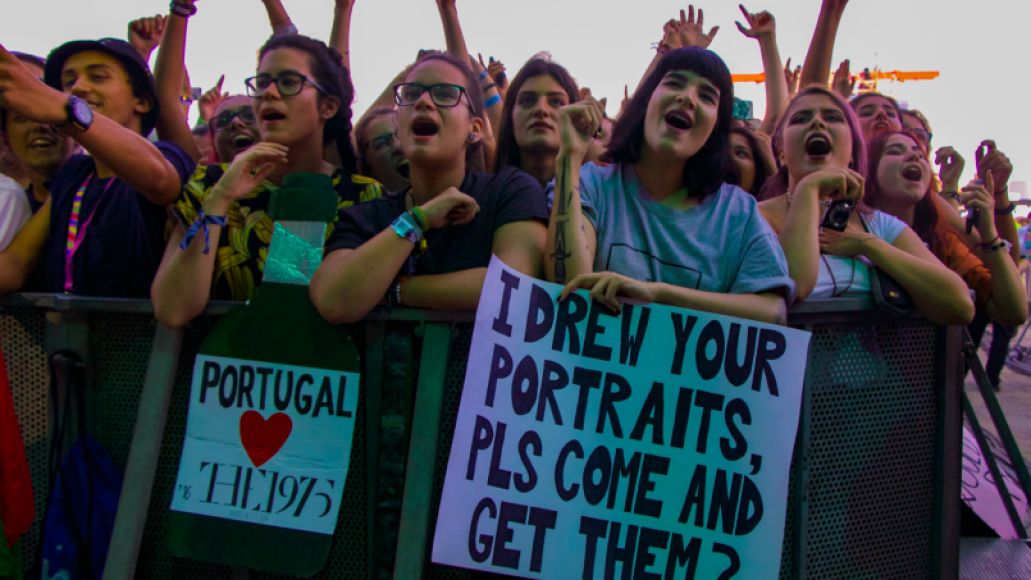 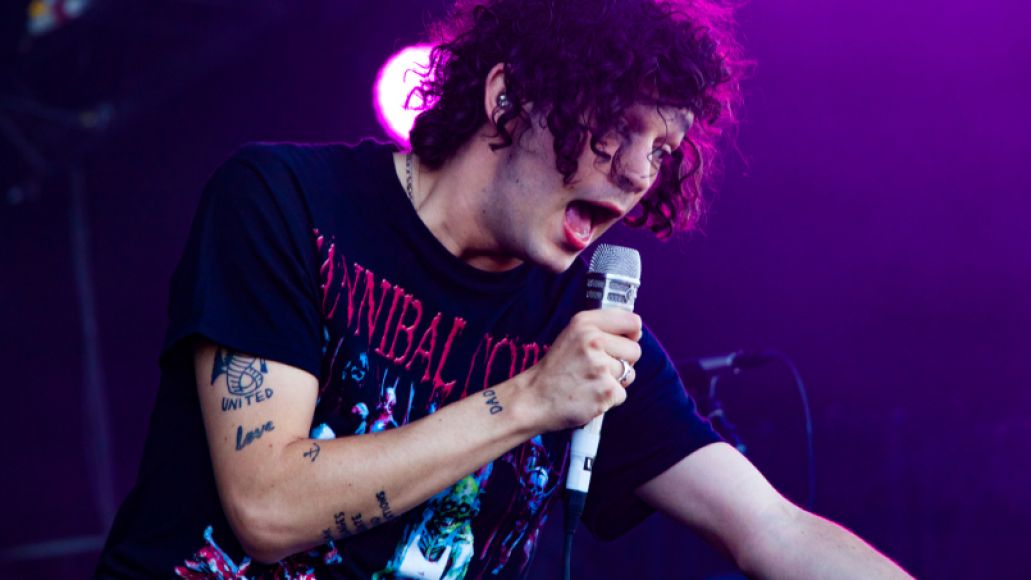 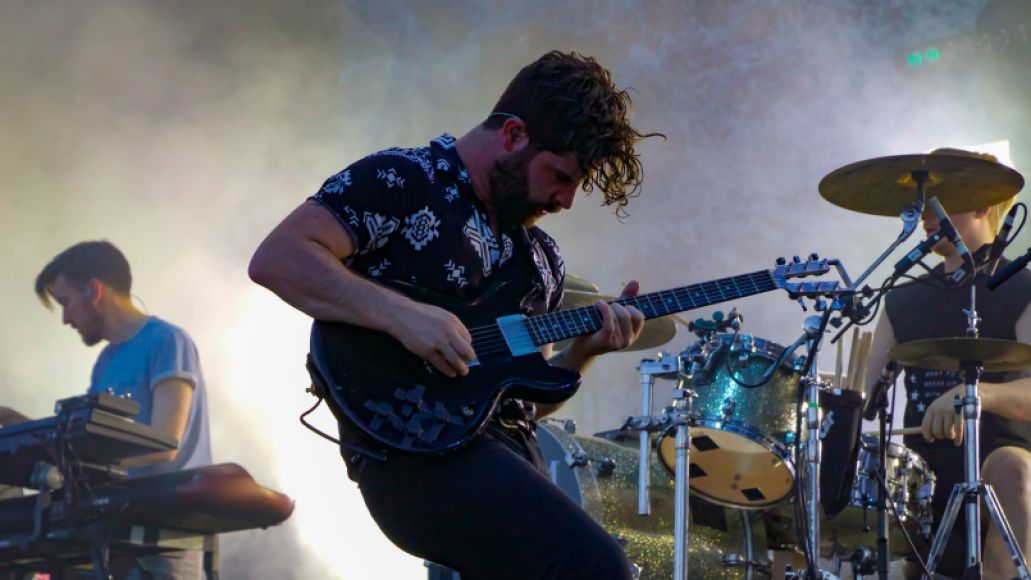 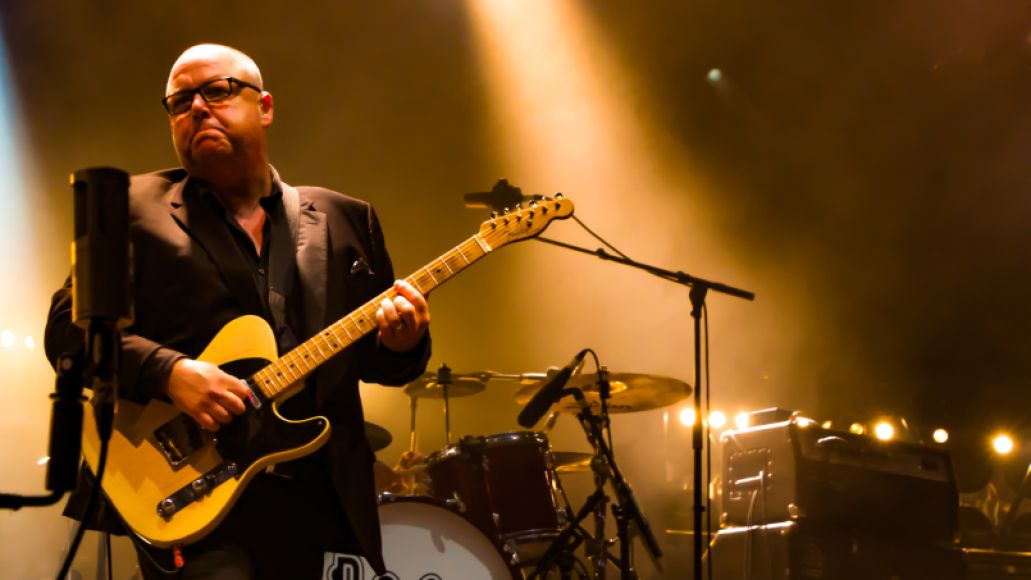 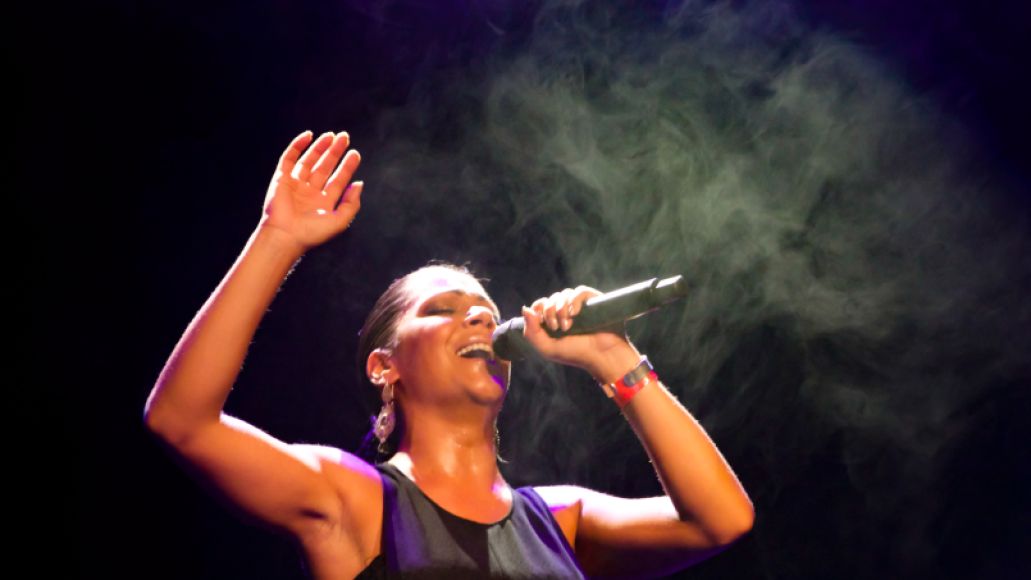 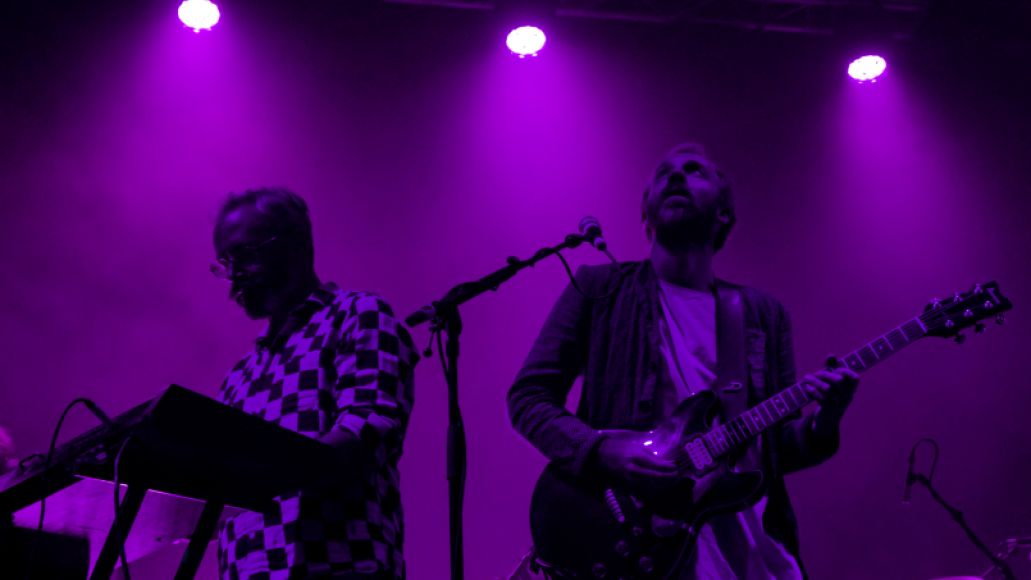 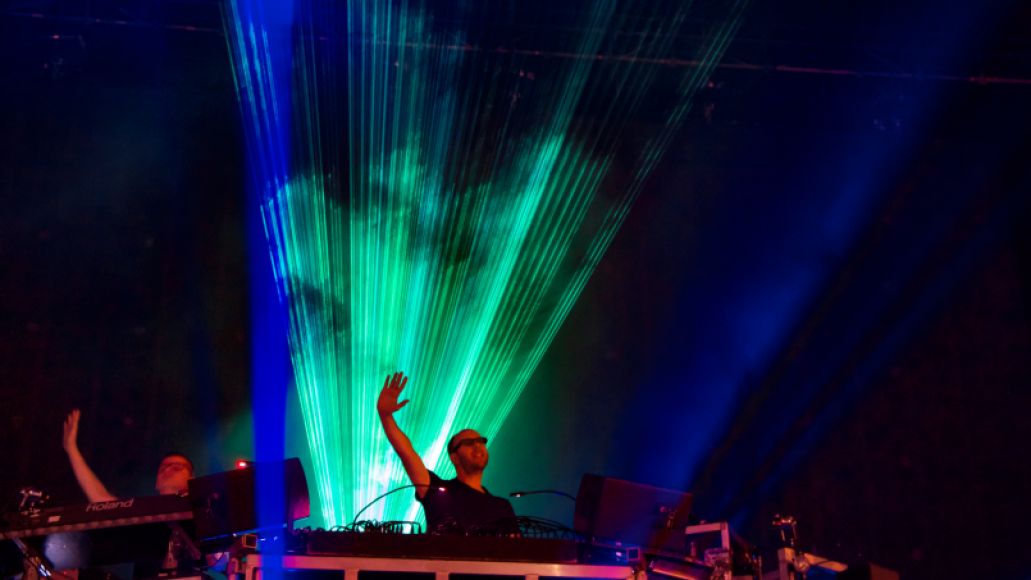 Some acts might sound stale decades into their career — especially in a field as rapidly evolving as electronic music — but The Chemical Brothers‘ late-night set felt (as it always does) like being catapulted back into the world’s best rave in 1995. It helps that they have both anthemic chant-along hooks (“Hey Boy, Hey Girl”, “Galvanize”, and set-closer “Block Rockin’ Beats”) and one of the world’s best light shows (complete with glowing projections of dancers and miming digital faces). Tom Rowlands and Ed Simons’ music felt at once familiar and mesmeric, the kind of thing you want to drag along your best mate to til your smiles are stuck in an upward curve, mouthes dry from screaming, watching the night sky tint lighter as the sun rises.

It was a massively communal experience, the giant luminous green lights swirling and bass thudding loud enough to move the ground. But that would imply that anyone at NOS Alive kept their feet still long enough to tell whether the ground was moving or not, which surely wasn’t the case: From “Block Rockin’ Beats” up to Born in the Echoes highlight “Go”, the Chemical Brothers kept heart rates racing, arms flailing and feet moving — an entire festival dancing off any residual stress from the day — in a constant forward motion. 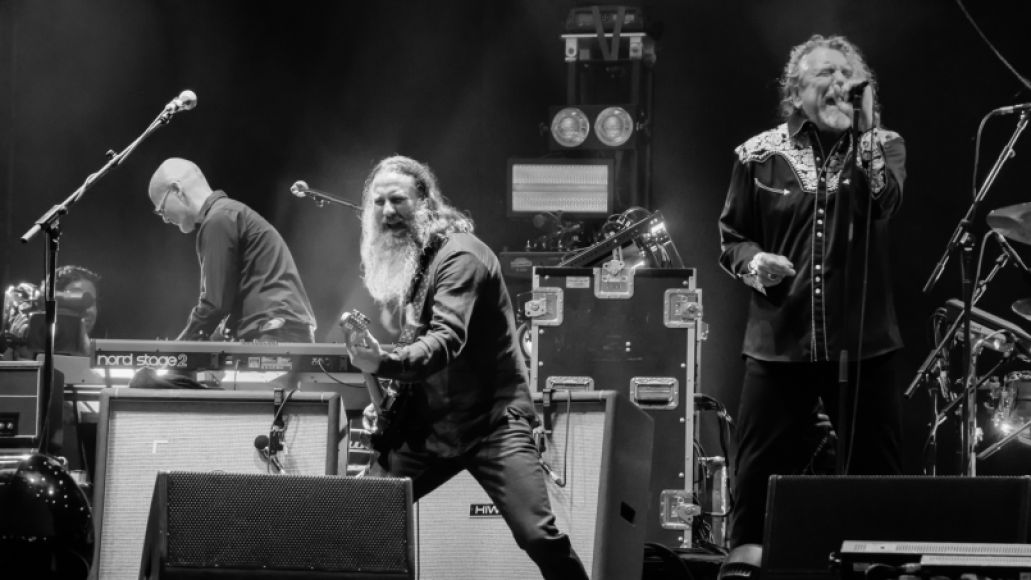 With all of the tragic losses in the music world this year alone, it feels especially important to snatch up any chance to see a performance from a member of rock and roll royalty. To be fair, with life as fleeting as it is, it feels vital to do anything you goddamn-well can to enjoy your life. Not that you’d need much encouragement to spend the evening with former Led Zeppelin vocalist Robert Plant and his new band the Sensational Space Shifters. Plant and co. blended together Zep tunes and engaging cuts from their 2014 album lullaby and… The Ceaseless Roar. Plant lived up to the difficult challenge of ensuring that his new tunes were treated with the same passion and care as the well-worn legends, the excellent “Rainbow” standing shoulder-to-shoulder with “Black Dog”. The without-question highlight was the slow-burning intensity with which he sang “Dazed and Confused”, gripping the microphone, gritting his teeth, and puncturing the air with a voice that still overpowered the thousands of fans overwhelmed by a true rock icon.